This post is part of our series “African Women, Gender and Migration.”

Migration by African women within their countries of origin is an ancient practice, particularly among rural women who depend on agriculture and/or animal husbandry to survive. Across the continent, these women often migrate seasonally, in search of livelihood opportunities on farms, in industrial sectors, or as domestic servants in nearby towns or larger urban centers. They usually return to their villages to continue cultivating their lands. However, with increasing drought and climate change, as well as poverty, armed conflict, and violence, thousands of women have moved with their families to urban centers where they live in slums and on the outskirts of major cities and towns, effectively as internally displaced people (IDPs).

The migration of African women beyond the borders of their countries has become a particular phenomenon in recent decades. Apart from taking refuge in neighboring and other African countries, large numbers of African women have emigrated abroad  to Gulf countries, Europe, US, UK, and Canada, for example. They either accompany their husbands, who have obtained work or refugee status, or migrate through family reunification procedures facilitated by UNHCR offices in some countries such as Egypt and Ethiopia. But there are also women who have moved independently, following the same patterns as their male counterparts. Often, the safest means to do so is through institutional opportunities, such as employment, training, or educational grants. When they arrive, they often seek asylum and never return.

However, most migration by women (authorized and unauthorized) is driven by gender discrimination and gender-based violence, political crises, and wars. Personal status laws, which generally emphasize women’s subordination to men, lack of protection, lack of freedom of expression, censorship by guardians, and legislation and internal laws have reinforced stereotypes and negative attitudes towards women, facilitating the violation of their rights, and subjecting them to sexual violence and humiliation.

For example, in Sudan, the violation of women’s rights during the Inghaz regime (1989-2019) was institutionalized by the Public Order Law, which limited women’s freedom of expression and employment opportunities and travel unless authorized or accompanied by guardians. They were placed under surveillance for their behaviors and clothing and subjected to imprisonment and arbitrary lashes for wearing trousers. Women in war zones were subjected to rape and sexual violence. Similar instances of gender-based violence also existed in other countries, such as Somalia, where the armed conflict that began in 1991 was associated with flagrant violations of women’s rights including gender-based violence, kidnapping, forced marriage, and rape of girls and women in camps, and while collecting firewood or working. Women were vulnerable to attacks from within their own clans as well as other clans. These conditions were exacerbated by economic collapse, corrupt leaders, poverty, and food insecurity.

Challenges on the way and at destinations

Emigrating abroad is not deemed an easy or a comfortable option or exercise, let alone when it involves illegal sea crossing. Most women begin the migration journey by going to neighboring countries, but challenges abound. They often encounter cultural attitudes hostile to their identities and autonomy and thus suffer humiliation, sexual abuse, and exploitation. This may be exacerbated by the lack of any community that can provide a safety net, or guide and protect them.

In Egypt, for example, the UNHCR facilitates refugee family reunification and resettlement in Western and other countries through a long and complex process. Impatience and failure to meet the eligibility criteria can lead many women to migrate via routes that pose great risk to their physical and mental wellbeing. A migrant who reached the UK recounted their Mediterranean crossing on a small boat from Egypt enroute to Italy: a woman onboard had a sick child, who ultimately died at sea. The mother was overwhelmed with grief and held on to her child. One of the men onboard snatched the dead child from her lap and threw it into the sea. Married women who seek to emigrate may opt to take false names associated with their husband’s other wives or partners (real or invented), already registered in the system. Adopting an identity that can facilitate passage and permanence elsewhere can also make women who do so vulnerable to charges of fraud, potentially criminalizing them in the home and host country, and putting their children at risk. This creates enormous stress and can lead to other mental health challenges.

Despite the challenges, dangers and threats to well-being, African women continue to migrate. Policy changes in home countries are needed to increase potential for women to avoid the often perilous choices that migration poses. At the national level, countries can influence migration through policies aimed at improving women’s well-being, such as providing health care, accessible water supply, adequate education in rural areas, improving road and transportation infrastructure, and providing and facilitating access to finance through flexible loans. Building the capacity of women through  income-generating skills, investment in micro-enterprises, involvement of young women and men in the planning and execution of community development interventions, and the establishment of security and protection units in rural areas, along with the provision of and access to legal aid for gender-based violence survivors is also imperative. Rural men and women must be an integral part of peace negotiations and agreements to end wars and humanitarian crises. The African Union must play a more active role in ensuring that governments comply with international and regional laws on the security and protection of women and families. In destination countries, immigration laws must be consistent with UN treaties and treat immigrant women as independent from men and protect them from exploitation by labor recruitment firms that consider them wholesale domestic servants regardless of the skills or qualifications they possess. 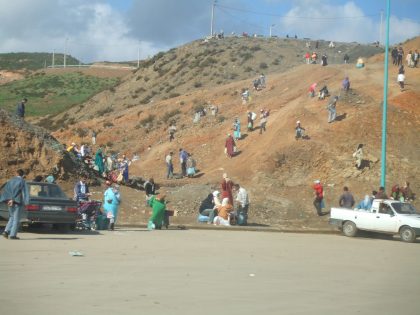 At the border, on the margins

African migrant women are exposed to intersectional systems of violence but are not simply victims. 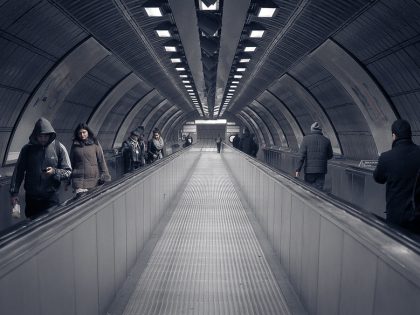 On the United Kingdom’s attempts to finance the construction of large-scale prison facilities in former colonies, to where it wants to deport undocumented migrants.