It is commonly assumed that Saudi Arabia has been an important actor in the spread of Salafism to Ethiopia, directly by sending missionaries and indirectly by funding mosques. While the kingdom has surely played a role, its significance should not be overexaggerated. The more important actors have been Ethiopian Muslims themselves, crossing the Red Sea and adapting Salafi teaching to local realities.

Geographic proximity between the Arabian Peninsula and the Horn of Africa has long enabled historical connections between Arab Muslims and Muslims in the Horn. The historical Christian kingdom of Ethiopia sought, however, to distance itself from the peninsula, depicting itself as the “Christian island” and viewing the surrounding “sea” as hostile and as a threat to its survival. This consequently laid the ground for xenophobic attitudes and protective policies against Ethiopia’s Muslim neighbors. Ethiopian Muslims were, at the same time, suspected of being potential allies with outside Muslim forces, causing the state to keep them at a distance from “foreign” Muslim influence.

Such proximity-distance dynamics are crucial when trying to understand contacts and interactions between Saudi Arabia and Ethiopia. Saudi outreach activities, Ethiopia’s efforts to thwart them, and Ethiopian Muslims’ attempts to negotiate such dynamics have produced complex relations characterized by a combination of proximity, distance, restrictions, and contact.

While Ethiopian Muslims traveled to the Hejaz for pilgrimage throughout history, it was not until the 20th century that more formal contact between Ethiopia and Saudi Arabia was established. However, in contrast to other parts of Africa—where Saudi activities increased from the early 1960s, mainly through the Muslim World League (MWL)—the Saudi presence in Ethiopia remained limited until the late 1980s.

Still, Saudi religious influence did reach Ethiopia. But rather than Saudi Arabia itself, it was Ethiopian Muslims who were carriers of Salafism to Ethiopia. When the Islamic University of Medina was established in 1961, an increasing number of Muslims from Ethiopia crossed the Red Sea in search of Islamic education. The university offered generous scholarships to these students—with the aim that they would return home to spread the Salafi creed. Salafism was thus subtly dispersed through individual preachers and gradually through emerging teaching institutions. It is important to underscore that the Salafism these returnees disseminated never was a replica of Saudi teachings. Instead, it was—from the beginning—immersed in and colored by local realities.

The fall of the Marxist, military Derg regime (1974-1991) and the arrival of the Ethiopian People’s Revolutionary Democratic Front (EPRDF) in 1991 enabled the Saudis to play a far more active role in Ethiopia. The MWL increased its presence, with its activities mainly carried out by the organization’s development wing, the International Islamic Relief Organization (IIRO). The IIRO, which was engaged in a broad array of development programs, provided funds for the construction of mosques and disseminated religious literature. Its main institution was the Awaliyya School, which was taken over by the IIRO in 1993. In addition to a secular curriculum required by the state, Arabic and Islam became subjects of extracurricular education. A few other Saudi organizations, such as the World Association of Muslim Youth and the al-Haramain Foundation, also provided indirect support.

It is again important to underline the active role of Ethiopian Muslims in the development of a local Salafi movement. New mosques and religious schools were constructed across the country, and while many received funds from Saudi Arabia (and elsewhere), the vast majority were financed locally. Ethiopian Muslims were similarly instrumental in creating local Salafi organizations, including the Islamic Daʿwa and Knowledge Association and the Ethiopian Muslim Youth Association, which became important for the gradual expansion of Salafism throughout the 1990s. Similarly important to note is that Ethiopian Muslims were exposed to ideas coming from different areas, not just Saudi Arabia, which sometimes merged with Salafi ones.

Ethiopian political authorities gradually became concerned about the increasingly active and conscious Muslim population, interpreting this as growing radicalization. A decisive shift came in 1995, after a failed assassination attempt on then-Egyptian president Hosni Mubarak, who was visiting Addis Ababa to attend the African Union summit. The incident intensified the government’s fear of “dangerous” outside influence, and while no accusations were directed at Saudi Arabia, the kingdom came to be seen as the main exporter of so-called extremism. The 9/11 attacks obviously intensified such views, causing the Ethiopian government to curb much of Saudi Arabia’s religious activities in Ethiopia.

In 2011, the IIRO was the last Saudi organization to be ousted from Ethiopia. Disagreements between the school and the Ministry of Education over the Awaliyya School’s curriculum caused IIRO to lose its license to operate in Ethiopia. Subsequently, formal Saudi support for religious activities had to go through the Saudi Arabian Cultural Attaché, and the extent of such formal support has been limited. There are of course more informal channels for support, where wealthy Saudi individuals provide funding for particular projects, yet the new policies of Crown Prince Mohammmed bin Salman have limited this as well.

Decreasing Saudi religious involvement has, however, not weakened Salafism in Ethiopia. On the contrary, Salafism seems to be thriving throughout the country, where local mosques—and, more recently, the Ethiopian Islamic Affairs Supreme Council (EIASC)—are dominated by Salafis. It seems, moreover, that diminishing Saudi support has contributed to a more self-reliant Salafi movement and to the continued development of localized Salafi identity. A leading Salafi scholar told me that decreasing Saudi support had forced them to stand on their own feet, develop their own Islam, and strengthen local religious infrastructure with their own means.

It is interesting to note that while the term “Salafism” was not commonly used in Ethiopia until a few years ago, it is now being used by the Salafis to describe themselves. The term is moreover being contrasted with “Sufism”—also a term that, until recently, was absent from the religious vocabulary. This points to the emergence of explicit parties and to increased Salafi-Sufi polarization. Earlier attempts to reconcile the two seem, at the moment, to have failed, and the Salafis’ “control” of the EIASC has given them an upper hand over the Sufis. Whether this will lead to further polarity or rapprochement remains to be seen. 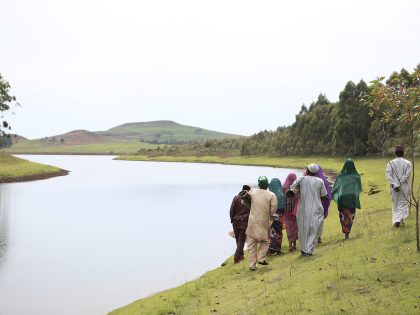 The workings of extremism

Nigeria’s 2021 submission to the Oscars probes the psychology and propaganda of militant jihadism through the eyes of two sisters. 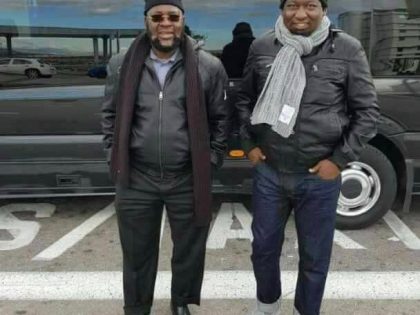 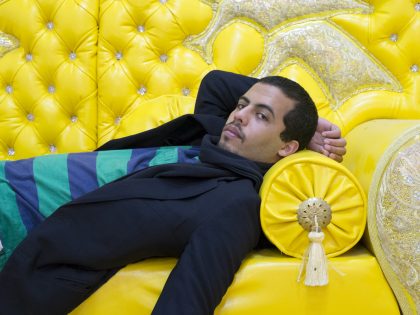 The image of the modern Arab man