This is one in a series of re-publications as part of our partnership with the South African publication Amandla!. The post has been updated to take into account developments since the Zondo Commission was announced.

The Zondo Commission has made serious findings of criminality against individuals, politicians, and private companies that enabled and benefited from state capture in South Africa. State capture refers to the handing over of the levers of the economy and policymaking to private interests, most notably the Guptas, a powerful Indian business family (its two leading brothers, Atul and Rajesh, were arrested in Dubai earlier this month, but the South African government is stalling with their extradition). The findings show that South Africa’s ruling party, the African National Congress (ANC) directly facilitated corruption and financially gained from it. Notably, the ANC’s deployment committee recommended that corrupt actors be awarded board positions at various public entities. In addition, the proceeds of corrupt tenders flowed directly to the ANC. The governing party is now in a period of self-proclaimed “renewal.” But as pressure increases for the party to change, it appears steadfast on protecting both its deployment committee and the sources of its funding.

When ANC President Cyril Ramaphosa appeared before the Zondo Commission (the government commission of inquiry headed by Chief Justice Raymond Zondo) in April 2021, he was asked to explain the role of the ANC’s deployment committee and to address the party’s political funding sources. Evidence from the commission shows that the ANC directly benefited from tender corruption, receiving kickbacks and bribes as a form of party funding. The governing party is now scrambling to resist transparency legislation, which forces South African political parties to declare their donors.

Meanwhile, the ANC’s deployment committee has come under scrutiny at the commission over its interference in various state-owned entities (SOEs). The deployment committee is a branch of the ANC that recommends candidates for various positions in the public sector, including SOEs. But the ANC’s insistence on deploying its own cadres has done more damage than good, and it has shown little willingness to change.

The origins of the ANC’s official policy on cadre deployment can be traced back to the party’s Kabwe Conference in 1985. But it was only in 1998 that its national deployment committee was established and in 1999 that it adopted an official deployment policy. In an affidavit to the Zondo Commission in 2021, ANC chairperson, Gwede Mantashe, explained that the committee evolved to serve the ANC’s transformation project in the public sector after apartheid: “Strategic deployment of ANC cadres played an important role in the ANC taking control of the post-liberation state.”

Today, the committee is headed by the party’s deputy president, David Mabuza. It consists of 15 members of the ANC, who are mostly from the party’s highest structure—the National Executive Committee (NEC). During the height of state capture, in the years from 2012 to 2017, the head of the committee was ANC Deputy President Cyril Ramaphosa. It is now the Ramaphosa-led party that has to consider the final recommendations of the Zondo Commission. These include a finding in the final report of the commission that it is unlawful and unconstitutional for the President, any minister, or any other senior government official to take the ANC’s deployment committee recommendations into account when making appointments. The ANC’s response to date has been mixed. Initially, party Chairperson Gwede Mantashe derided the recommendation and vowed that the party would fight any attempt to challenge the role of the committee and cadre deployment more broadly. However, the party has now indicated that it will “review” its deployment policy, amongst others.

The cadres and the SOEs

In its report on Eskom (the national power utility), the Zondo Commission questioned whether the ANC had done its due diligence to ensure “people of integrity” were recommended for positions at Eskom. It found that the deployment committee likely knew that Ben Ngubane would be appointed chairperson of Eskom, Brian Molefe would become the power utility’s chief executive officer, and Anoj Singh would be its chief financial officer.

Ngubane, Molefe and Singh were found by the commission to be the key enablers of capture at Eskom. They allowed dodgy procurement deals to proceed at the expense of Eskom’s performance and for the benefit of Gupta-linked companies. The commission also suggested that the ANC’s role in board appointments made it culpable for what transpired at the SOEs—like Eskom—where it had interfered. “The question that the people of South Africa are entitled to ask is: where was the ANC as the Guptas took control of important SOEs such as Transnet, Eskom and Denel? Where were they?” the Zondo Commission asked in its report on Eskom.

At Transnet (the state owned rail company), meanwhile, the commission found it “reasonable to infer” that the deployment committee had played a role in the appointment of the public entity’s former group chief executive officer, Siyabonga Gama. Gama was linked to irregular contracts worth billions being unduly awarded to the Gupta patronage network. Gama was arrested and charged in connection with state capture at Transnet in May 2022.

Since the Zondo Commission released these findings, new allegations have emerged against the deployment committee. The official opposition, Democratic Alliance, obtained the minutes of ANC deployment committee meetings from 2018 until 2020, through legal action from the Zondo Commission. The minutes show that the governing party had, worryingly, discussed appointments to the judiciary and Chapter 9 institutions, including the South African Human Rights Commission. The DA has now applied to court, in light of the final Zondo Commission report, to have the ANC’s deployment policy declared unconstitutional.

Significantly, Ramaphosa told the Zondo Commission in April 2021 under oath that he was not aware that the deployment committee discussed candidates for judicial posts. However, the minutes of a committee meeting from March 22,  2019 show that the party did precisely that. This is concerning evidence that the ANC has intended to influence appointments that should be independent of political influence.

These examples from the Zondo Commission report, and the ANC meeting minutes, show that cadre deployment is linked to corruption. It is a network through which politically appointed board members at SOEs enable corrupt procurement contracts which, in turn, lead to the near-collapse of these SOEs.

But cadre deployment is only one piece of how the party’s policies have enabled capture.

While Ramaphosa insists only individuals within the ANC have acted corruptly, findings from the Zondo Commission show how the party as a whole benefited from corrupt activity—most notably through its party funding coffers. The findings of the commission demonstrate that the proceeds of corrupt tenders were used to fund the ANC itself.

The Zondo Commission found that in the Free State, a company called Blackhead Consulting was corruptly awarded a R255 million (nearly 16 million USD) tender in 2014. The company also made donations amounting to millions of rand to the ANC between 2013 and 2018. The ANC also partly funded its 2016 Gauteng local government election campaign through the corrupt solicitation of R50 million from the company EOH. Bosasa, another company that used bribery to access tenders (government contracts), was also one of the ANC’s big funders for more than a decade.

The ANC’s promise of renewal is now being tested, but it is failing. The Political Party Funding Act (PPFA) is a major new law introduced in 2021. It promotes transparency around how political parties are funded. The law requires political parties to report all donations over R100,000 made to them in a year, and limits donations by a single donor to R15 million per year. It requires transparency in the hopes of preventing funding by corrupt sources. The law came into effect after pressure was applied by civil society organizations, including My Vote Counts.

Yet, after just one year, and despite the Zondo Commission calling for the strengthening of the PPFA, the ANC is intending to weaken it. The party proposes to increase the thresholds for reporting donations so that far fewer donations are made public. It also wants to raise or even remove any limit to donations made by one donor in a year. The ANC is desperate for donations because it faces a financial crisis. The governing party is more than R200 million in debt, cannot pay its employees, and owes SARS more than R100 million in taxes. It is now attempting to undermine the PPFA to increase its funding, even if it means inviting the proceeds of crime into the organization.

The ANC’s latest reported donations in terms of the PPFA show that the party continues to accept dubious funds. The Independent Electoral Commission (IEC), the body responsible for reporting in terms of the PPFA, reported that the ANC received just one donation in the first quarter of 2022. It was R10 million from a company called United Manganese of Kalahari (UMK)—a majority owned by a group of companies that includes Chancellor House. Last year, Chancellor House admitted that it was owned by a trust linked to several tender corruption scandals. The trust had the ANC as its sole beneficiary. Another investor in UMK is Viktor Vekselberg, a Russian businessman with close links to President Vladimir Putin, who is subject to US sanctions. Clearly, the ANC has little concern about where its funding comes from, despite the findings of the Zondo Commission.

In its final report, the Zondo Commission pointed to another way in which dirty money has compromised the ANC, and our politics more broadly. This is because money has played a defining role in influencing internal ANC leadership contestation. The commission concluded that this “contributed to the conditions in which corruption and State Capture could take place,” and that “patronage relationships do not have to involve donations to the party itself in order to flourish.”

If the ANC continues to undermine party funding transparency, its promises of renewal and change will remain empty. Similarly, the party’s lack of willingness to stop its policy of cadre deployment is an indication that it values its own power more than the public interest. The governing party should be prioritizing the removal of corrupt influences from its structures and finances, but at present it seems unwilling to change. 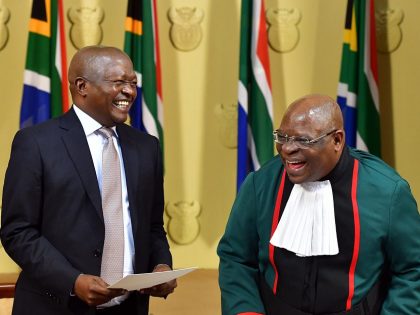 The emptiness of anti-corruption politics

This week on AIAC: Wangui Kimari and Benjamin Fogel on the politics of anti-corruption, and then the particular case of Tanzania with Sabatho Nyamsenda and Elisa Greco. Subscribe to our Patreon for the podcast archive. 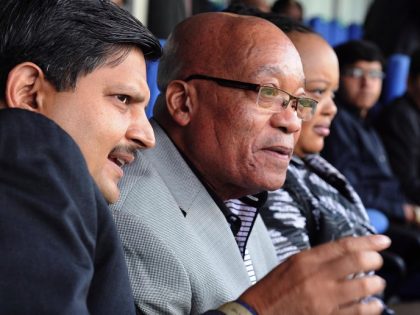 How to steal a country

Rehad Desai’s film celebrates the investigative journalists who expose the corruption of Zuma’s regime in South Africa, comes with a depressing note: To date, no one has gone to jail.