In early May 2022, with almost three months to the August election, Kenya had close to 50 presidential candidates, and 5,000 people running for the 1,500 Member of County Assembly (MCA) positions. Ultimately, not all of these aspirants will be cleared by the Independent Electoral and Boundaries Commission (IEBC) (more like “blunder commission” judging from the 2017 elections and its lack of preparedness for the August 2022 poll), but the question remains—one that the political economist, Rok Ajulu, asked in his 2021 book Post-Colonial Kenya: The Rise of an Authoritarian and Predatory State: what is it about the post-colonial state in Africa that makes so many people want to control it?

In this impressive compendium, Ajulu chronologically and exhaustively mapped out the authoritarian turns of the Kenyan post-colonial state. In doing so, he documented the predatory nature of the colonial regime and how three successive African governments— headed respectively by Jomo Kenyatta, Daniel Arap Moi and Mwai Kibaki—have built on this legacy and, in addition, weaponized ethnicity at specific junctures to consolidate control and accumulation. And not just any accumulation: predatory and parasitic hoarding—in the sum of trillions of dollars and with many detrimental effects for the population—that is only possible when steered, despite declarations to the contrary from the top.

While he charts the oscillating, often moderate and neo-imperial allegiances of actors such as Jomo Kenyatta (the late father of outgoing president, Uhuru), Tom Mboya and Moi—none of whom were great fans of the Mau Mau—Ajulu’s focus is on how the state “becomes brazenly the instrument of the dominant political elite. This type of regime gravitates towards authoritarian dispensation of power precisely because economic mobility and expansion of the new elite is largely tied to their continued control of state-power.”

This thesis, while not unique to Ajulu and recognized in everyday discourse, is anchored here in a prolific and comprehensive archive, which also makes evident, as does the author, that the predatory pursuits of politicians are not unencumbered, even against the heavy-handed authoritarian implements (read political assassinations, state sanctioned ethnic clashes) they use to entrench them. Although Ajulu does not dwell on protests or resistances  to this authoritarian rule over four decades(please read this powerful book by Maina wa Kinyatti for that), and focuses primarily on party politics and the trajectories of (in)famous politicians to narrate the incremental creation of an authoritarian state in Kenya, the constant tug and pull of class tensions and the heterogeneous actions of supposedly homogeneous ethnic populations are always on the horizon.

Who is this man Rok Ajulu? In the short film about him called Breakfast in Kisumu, his daughter, the filmmaker Rebecca Achieng Ajulu-Bushell, documents his academic and political labors dating to his exile from Kenya in the early 1970s. Oriented around interviews she had with him—and it is his narrations that piece together the diverse landscapes that are the visuals for this film (we actually, interestingly, barely see Ajulu)—his voice takes us through his life as a student, political activist  and academic, in a journey that spans Bulgaria, Lesotho, the UK and South Africa. The evocative images of these countries where Rok Ajulu lived, while recent, anchor this narrative that accounts for a life of political praxes in academia and beyond. Though his sojourns mainly pivot around academic pursuits, we also hear about his labors as an agricultural worker in Bulgaria, a pirate taxi driver in Fulham, London and, importantly, as an organizer with the Committee for Action and Solidarity for Southern African Students (CASSAS) while at the National University of Lesotho in the late 1970s and early 1980s (for this work he was imprisoned for three weeks).

It is, perhaps, this period as an anti-apartheid organizer in Lesotho that created the path to a life in South Africa from 1994. Here he taught at Rhodes University and married Lindiwe Sisulu, the current Minister of Tourism (and one of the aspirants vying to succeed Cyril Ramaphosa as South Africa’s next president), and daughter of renowned anti-apartheid activists Walter and Albertina Sisulu. Consequently, it is in South Africa, rather than Kenya, where his influence was more extensive, even as Kenya appears to have been the primary focus of his academic scholarship.

Ajulu-Bushell’s poetic film demonstrates that her father’s life was not ordinary. But it is perhaps the internationalist and pan-African paths he chose that led her to recognize him, as she does in this film, as a “father” but not a “parent.” Her bid to understand her father’s life as an adult and, simultaneously, to document his political praxes, appear to be what has prompted this documentary. While the style of the film may not be for everyone—there are a few seemingly gratuitous appearances of the filmmaker—Breakfast in Kisumu is an important tribute to a father, and one who is representative of a generation who endured many unanticipated and painful exiles for nations and lands which did not always claim them, but for which they gave their lives.

As the final book Ajulu wrote before he died of cancer in 2016, Post-Colonial Kenya: The Rise of an Authoritarian and Predatory State is informed by questions that, likely, the author grappled with throughout his life.

Against the impending 2022 Kenya general elections that are not cause for much inspiration —with the male dominated alliances, handshakes, intrigues and elite contestations that characterize it—Ajulu’s thesis still rings true: that the state is the primary vehicle for accumulation and thus engenders a predatory authoritarianism by those who want to control it.

After years in an exile(s) documented by Ajulu-Bushell’s film, I’m not sure how optimistic Ajulu was for our Kenyan future, for he wrote in his final book: “Besides the change of tenants at the state house, not much really changed. The mandarins who used to lord it over the hapless rank and file remained in their same old places.”

At the very least, this generation can turn to the histories Rok Ajulu has documented in his book, as well as those he lived, to reflect on how, for this election and the next, we are not just going to change the “tenants,” but will fight to change both the “state” and all of its houses. 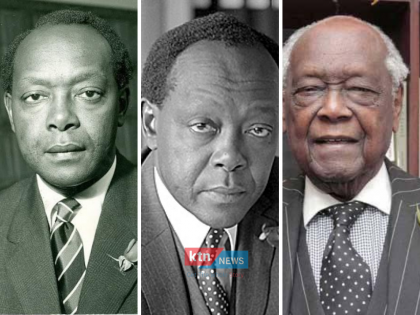 The humanization of public monsters

Charles Njonjo’s legacy is as member of a powerful group of Kikuyu chauvinists who surrounded Jomo Kenyatta and corrupted the state. 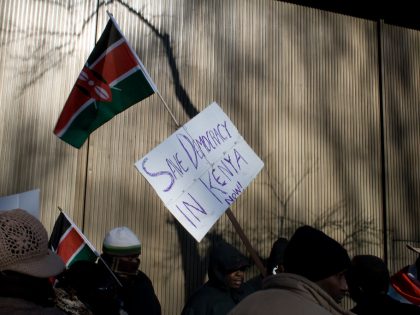 The former Chief Justice of Kenya on why only a popular movement to defend the constitution can counter corruption and inequality. 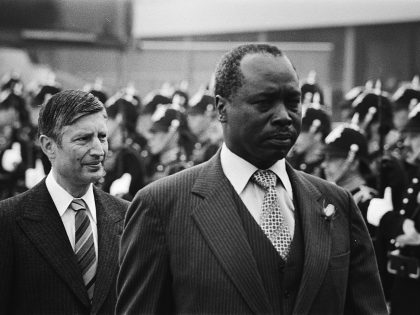 The contested narratives of a dead man’s legacy

Kenyans are split about the legacy of president Daniel Arap Moi, who served from 1978 to 2002 and died on 4 February 2020: Vile and reprehensible vs a benign Baba, history suggests the latter. 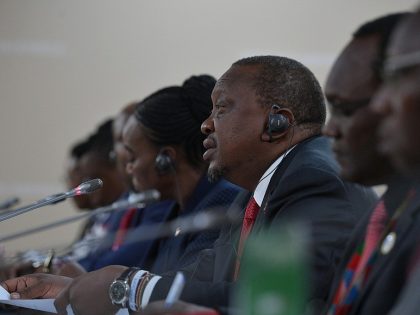 The need for a people-driven response to the coronavirus pandemic

Responding to the COVID-19 pandemic, African governments should stop seeing non-governmental actors as a threat to their own legitimacy.