This post is part of a series of republications from The Elephant. It is curated by one of our editorial board members, Wangui Kimari.

Charles Njonjo was a Kenyan lawyer who served as Kenya’s first post-independence Attorney General. While he is rumored not to have finished his law degree, he held the position from 1963 to 1979, under the leadership of Jomo Kenyatta and then Daniel Arap Moi. The latter then appointed Njonjo as Minister of Constitutional Affairs from 1980 to 1983. Njonjo died on January 2nd, 2022. When he passed, most tributes were laudatory.

John Githongo, publisher of The Elephant, described Njonjo in a tribute as a steadfast friend and counselor, one who was “particularly dismissive of tribal chauvinists,” whom he insisted “held Kenya back in fundamental ways.” He even writes that Njonjo urged him to resign when the Mwai Kibaki regime moved Githongo’s anti-corruption office from the Office of the President to the Ministry of Justice, effectively downgrading it.

Many Kenyans, however, experienced Njonjo during his tenure in government as a ruthless, ambitious member of what was known as the Kiambu Mafia, itself a gang of Kikuyu chauvinists who surrounded Jomo Kenyatta and used the state to corruptly amass vast fortunes. The Njonjo the public knew—and that history will remember—did not resign when the government he was a part of murdered people like Pio Gama Pinto or J.M. Kariuki, nor when it committed massacres against its own people in places like Kisumu and the former Northern Frontier District. In fact, as Attorney General and Minister for Legal Affairs, he legitimized the theft and oppression of the Kenyatta regime.

The eldest son of the late Josiah Njonjo, a paramount chief and one of the foremost collaborators with British colonial rule in Kenya, Charles Njonjo did not fall far from the tree. He was famous for aping the mannerisms of the British upper classes, something he had been conditioned to do from his school days. “My father had a horse, and on weekends, when we were given off days, he would send a servant to bring it to Alliance early in the morning. I would ride it home and back to school in the evening. The servant would then take it back home,” he once recalled. The Kenyan press would sardonically bestow upon him the title of “Duke of Kabeteshire.”

Njonjo was openly contemptuous of Africans, once proposing recognition of, and exchange of ambassadors with, the apartheid regime in South Africa, and even declaring he would not shake hands with Luos for fear of contracting cholera. He was uncomfortable being flown by black pilots and was said to have slowed down Africanization of the judiciary, then effectively a department in his ministry.

Clearly, there is nothing that says public monsters cannot be loving human beings in private. And throughout history, many of the world’s tyrants have tried to use humanizing private moments to counter their brutish public image. For example, Stephanie Pappas wrote in 2016 in a piece published by Live Science that “as Hitler strong-armed his way to dictatorship, profiles of him rusticating in his residence in Obersalzberg, Bavaria, portrayed him as a cultured gentleman, beloved by dogs and children.” She noted that he managed to expand his appeal beyond “the beer-soaked halls of Munich to the rest of the country,” in part through portrayals “as a good man, a moral man, and the evidence for that com[ing] from his private life.”

And therein lies the danger. The public is wont to see things in black and white, discarding nuance. As such, there is a resistance to imagining people who have committed heinous acts as being capable of expressing humanity, and conversely, of those who show such humanity in private of being capable of committing monstrous acts. When my boss describes his friend, I have no doubt he is doing so as an honest reflection of his own private experience of the man he knew and loved. But we must be careful to ensure that his characterization adds to, rather than erases, the equally valid experience of many others who saw him in a very different light.

Perhaps more importantly, we must ask about the value of seeking to humanize those who dehumanize others. I don’t mean this in the sense that we should regard them as alien or subhuman, but rather that we actively consider how portrayals of the joy and comfort they brought to a few can be used to downplay the pain they have caused to the many. If Githongo’s obituary helps soften the image of the man who once famously warned us that we could be put to death for imagining the demise of the president, then it would do Kenya a great disservice. But if it makes us appreciate that even supposedly “good” men in private can do really bad things when in power, it could be a great asset, especially in an election year when we will be assailed with exhortations to vote for “good” leaders.

This realization may lead us to have conversations about the systems we have and whether they prevent or incentivize nice people to become tyrants, and to keep in mind the words of 19th-century American attorney and orator Wendell Phillips: “The hand entrusted with power becomes, either from human depravity or esprit de corps, the necessary enemy of the people.” This, above all, is the lesson of Njonjo.

In a Kenya coping with COVID-19 restrictions, circumcision season presents an impossible choice between tradition and civil obedience. 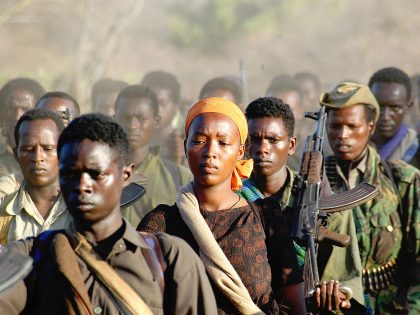 In the shadow of a liberation war

Kenya needs to understand the Oromo cause and what is happening across the border in Ethiopia.