It is April 28 2022, a day after South Africa’s Freedom Day. The price of platinum is US$939.60 per ounce and South Africa is the leading global producer of platinum, home to nearly 90% of the world’s reserves.

I am in Marikana, in South Africa’s North West Province, a place that has become almost synonymous with the brutal murder of 34 striking miners by the South African Police Service at the Lonmin platinum mine on August 16, 2012. It is almost a decade since this dark day and as Chris Molebatsi, a researcher at Benchmarks Foundation and a long-serving activist in the area, explains to me preparations are being made to honor those who lost their lives.

As we meet and speak with people in the many communities of Marikana, news is spreading of events taking place in Mmaditlhokoa, a settlement that borders the Tharisa Mine, a 20-minute drive from Marikana. Molebatsi makes a phone call and we enter Mmaditlhokoa from a main road, which connects the vast web of mines, smelters and communities to the rapidly growing town of Rustenburg. Among crowds of protesting people, Mdau Christinah, a spokesperson of Mining Host Communities in Crisis Network, approaches us and shares the significance of the day’s events: They have successfully lobbied against a blast that was due to take place at the encroaching open-pit platinum mine, just moments away from their homes.

Blasts are common occurrences in the vicinity of Marikana and the landscape has been littered with signage that declared the date and time of blasting. Typically, the notion of blasting accounts for the drilling of holes in which a detonator is planted and charged, reducing rock formations into fragments from which valuable materials can be extracted.  Waste is composed into new mountains of unwanted earth that appear like gray hills among the mountainous landscape. On our way into Mmaditlhokoa, we catch a glimpse of today’s blast declaration. Christinah shows us a letter, which announces:

Blasting will take place on the West Mine on 28 April 2022 between 15:00-17:00. Blasting crew will ensure all necessary premises are evacuated. Kindly remain outside the blasting area until permission is given to re-enter the premises.

As Christinah points out, the time provided on the letter does not corroborate that on the sign, which declared a blasting time of between 1pm and 5pm. This is just one of the many discrepancies that make living in Mmaditlhokoa precarious and unpredictable.

Mmaditlhokoa has not always been in the place it is today. At the turn of the 21st century, Molebatsi recalled, the community was displaced by Aquarius Minerals, a multinational company with roots in Australia. Some locals were provided houses on land designated as “permission to occupy.” Others were relocated elsewhere. Soon after this re-settlement however, Tharisa Minerals commenced their own operations nearby, informing the already-relocated community that they would once again be relocated in five years. A high platinum price saw an expansion of the mine at rapid rates, with the open pit mine encroaching ever closer. Molebatsi highlighted the racial inequality that underpinned regimes of compensation during this period, explaining that “Tharisa Mine compensated white farmers and landowners for dust, noise and lights, but did nothing for the black community encircled by their blasting and dust.”

Within just two years of their new settlement, 850 people were relocated to the opposite side of the road, with concerning accounts of forceful evictions and loss of property. The community were told that this location would be permanent, that the homes built would be of good quality, that they would have access to clean water and that they would be employed in the mine. Yet, far from permanent homes, zinc structures were constructed by the mine for some of the community. Today, residents complain of the inability of the structures to regulate temperatures, their ongoing fears of roofs unhinging, as well as reporting that cracks appeared throughout the structures and water inundates their homes when it rains. Residents also reported poor-quality water and the high unemployment in the community. Any employment in the mine is often short-term, they explained, and limited to “general jobs,” such as cleaning or grass cutting, and sometimes in exchange for the community permitting a blast. As Molebatsi reflects, “two years after Tharisa started its operations, it employed only one community member who served in the kitchen, despite the promises made during the consultation process.”

As the mine continues to encroach closer to Mmaditlhokoa, the blasts are felt ever stronger, reverberating throughout homes, shops and community structures. As Christinah explains, “we experience flying rocks due to blasting rocks flying from the mine.” Of grave concern are the incidences of physical violence that according to Christinah follow the community’s refusal to evacuate their homes: “the mine [Tharisa] has never come to us to tell us what happened to those who brutally assaulted us.”

Dust routinely fills the air, with Christinah and others reporting the health implications of ongoing air pollution—including the fine atmospheric particulate matter with a diameter of less than 2.5 micrometers (PM2.5 levels)—which, when inhaled, Christinah explains, “goes through blood easily.” High levels of of PM2.5 present serious risks of developing respiratory illnesses, (see also Chen and Hoek, 2020), with such afflictions among the most prevalent health concerns in the area, according to traditional healers. Respiratory diseases sit within a longer list of serious health impacts, from pregnancy complications to epilepsy that the community reports. With the help of a handheld device issued by Benchmarks, Christinah records the PM2.5 levels daily.

Blasts continue as the mine expands and once again, relocation is on the cards. The community is exhausted. People want better, permanent homes in a new location, further away from the unrelenting blasts of the encroaching open cast mine. They want a promise of a better life in a place they can feel secure. But they have been told that this could take between a minimum of six years.

The notion of the “broken promise” echoes throughout Marikana, with residents frequently recalling the many made by the mines through Social Labor Plans—the strategic reports drafted to obtain and renew mining licenses. Employment, decent roads, access to healthcare and enterprise opportunities are among the many promises made by mines to host communities. In some cases, signs of promises being upheld might emerge, only to disappear. Residents share stories of mining representatives collecting CVs, giving the appearance of an employment process. Then, nothing happens. With unemployment levels high among the host communities, this is a painful broken promise. The appearance of a promise being upheld provides momentary hope and reduces the likelihood of imminent protest. It also plays a part in appearing to uphold obligations, likely useful for the purposes of internal and external company monitoring.

These broken promises underpin the extraction of a material that is increasingly positioned as integral to the green transition. The recent history of platinum on the global market is fraught. In 2015, Volkswagen admitted to tampering with the emissions data with respect to their diesel vehicles. Diesel cars fell out of favor. With platinum used as a catalytic convertor for diesel engines, the market turned on platinum and prices plummeted. Today, platinum is seen to hold a different future and one that will be increasingly important in the context of legislative shifts towards net zero economies.

Indeed, platinum is a material central to the green hydrogen economy—the electrolysis of water, with platinum performing a catalytic function. The “green” production of hydrogen is different to “gray” production, where natural gas is used. Hydrogen strategies are being drawn up globally, with ten governments adopting such strategies in 2020, including Canada, Russia and the EU. The UK’s Hydrogen Strategy seeks to meet an ambitious goal of 5GW of low carbon hydrogen by 2030—a production “equivalent to the amount of gas consumed by over 3 million households in the UK each year”—with hydrogen seen as a crucial way of decarbonizing transport, energy and industry. Reference to platinum is entirely absent in this report. In an Earth Day video, the World Platinum Investment Council (WPIC) proclaims that platinum falls in the “hydrogen sweet spot—making a call to further invest in platinum to secure net zero futures. Other reports also indicate that platinum demand is set to grow.

The shift to greener economies will not be immaterial. It will require vast amounts of materials, or so-called critical minerals to be extracted from the earth, with potentially devastating consequences for people and environments. Discussions are taking place in various forums, including the World Rainforest Movement, which critically asks us to unpack the Green Transition or an Expansion of Extraction? The World Bank is also developing a Climate-Smart Mining Initiative.

The discussion of materials for decarbonization must be grounded in places of extraction, reminding governments, industry, and consumers that greening in one place means blasting in another. Of course, the benefits of decarbonization are not contained within the places in which policy change happens, with reduced carbon emissions necessary to limit the damaging impacts of climate change throughout the world. We have seen this connectedness all too clearly through the stark asymmetry that distinguishes the nations responsible for the vast majority of carbon emissions from the places where the most devastating impacts of climate change are being felt.

The extraction of critical minerals and metals in the name of the green transition demands open, honest, and transparent conversations, centering the lives and demands of those people and places from which such materials are extracted. The distribution of costs and benefits, losses and gains, inclusions and exclusions, needs deep examination. Indeed, in places where contested land claims are common and most often rooted in colonial histories of excluding indigenous populations from land ownership and emboldening local power elites, questions need to be asked about distributions, royalties, and stakes.

The promise of platinum

In November 2021, Tharisa Minerals announced an extension to the lifespan of its chrome and platinum group metals (PGMs) mine in Marikana to 2041. Phoevos Pouroulis, the CEO of Tharisa commented, “This development further cements the reputation of the Tharisa mine as a world-class, long-life asset that underpins our business and will continue to provide a sustainable, low-cost platform for over 50 years.”  Low-cost, open-pit, long-term. Who and what is subsidizing the low-cost production of platinum? Where does this leave the host communities of Marikana? What is the future of Mmaditlhokoa?

Platinum holds promise for a net-zero future. But the promise of platinum cannot be founded on the broken promises endured by those who live among the violence of its extraction. 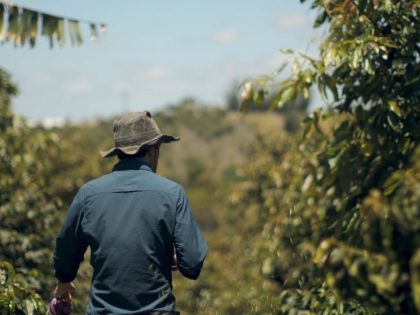