Honorary degrees are routinely awarded by elite universities to elite individuals, such as philanthropists, benefactors, business leaders, politicians, celebrities, and retired academics.  They are almost never awarded to working class people of color who have responded to the indignity of oppression with a lifelong commitment to community. On July 4, 2022, the University of Edinburgh is awarding the degree of Doctor honoris causa (Honorary Doctorate) to someone who sets a new benchmark for receiving such an award.

Joe Schaffers was born in July 1939. His childhood was shaped by the rich community life in a municipal housing complex called the Bloemhof Flats, located in District Six, an extraordinarily vibrant and diverse neighborhood in the heart of Cape Town’s city center.  The many cultures and creeds of District Six shaped a unique local language and cuisine, as well as beautiful music, art, literature, and poetry. In 1966, this special and soulful world was torn apart when the apartheid government declared that District Six would become an area for the “sole occupation of the white race group.” This declaration was under the Group Areas Act: a strategy of ethnic cleansing of urban space. If you were classified as Coloured (the apartheid term for people of mixed race), Asian, or Black African, and lived in an area that became classified White, you became a “disqualified” person and were forced to leave.

In Cape Town, the Group Areas Act was implemented in order to turn valuable urban land to more remunerative uses and to realize the apartheid dream of turning the central city, the Atlantic seaboard and the Southern Suburbs into an “orderly” white city, serviced by cheap Black labor that would, under no circumstances, be allowed to live and play in that white city.  Pre-apartheid, Cape Town was one of the least racially segregated cities in sub-Saharan Africa, but all that changed in dramatic and appalling fashion under the Group Areas Act.

In the late 1960s, Joe Schaffers, his family and more than 60,000 other residents of color were forced out of their homes in District Six, which were then razed to the ground in anticipation of rebuilding the area for white people only. The uprooted community was split up and dumped in cheaply-built housing in so-called “colored townships.” People found themselves miles away from District Six, and miles away from each other, forced to live in bleak areas that the authorities named—with great insensitivity—after former District Six locations (e.g. Lavender Hill, Hanover Park). This was a constant and cruel reminder of the history and identity that was taken away from them. In the process, their living conditions and life chances deteriorated dramatically.

Joe Schaffers was always community orientated, and he adapted to the hardships imposed by apartheid by pursuing a distinguished career as a health inspector. He worked for the Cape Town municipality for 34 years and coordinated a team that addressed the abysmal conditions in every area where displaced people were forced to live. Schaffers understood the enormous psychological trauma of apartheid forced removals, and his work helped many families through those experiences. His leadership resulted in improvements in the quality of life for tens of thousands of people. This profound achievement was especially remarkable during a time of brutal social engineering and resource deprivation for all people of color. After retiring from the municipality in 1998, Joe began working at the District Six Museum, a remarkable institution that preserves the memories of District Six while explaining the causes and consequences of its destruction.

I first met Joe in the Museum in April 2004. After spending a good two hours taking in all the poignant displays, I began a conversation with him, and asked where I should walk to see what was left of District Six. He got someone to cover for him, and together we walked for about an hour through the ruins. It was like being mentally electrocuted as he seamlessly integrated an awesome knowledge of neighborhood, city, country, region and globe—laced with a glorious mix of wit, wisdom, anger, and passion. Afterward, Joe headed back to the Museum; I walked further along Constitution Street, into the heart of the empty, forlorn, enormous tract of grassland in the heart of Cape Town where more than 60,000 souls once lived. I had spent my PhD (1999-2003) researching displacement caused by gentrification in Toronto and New York City, and I thought I knew something about the dirty politics and systems causing evictions and displacement. But I hadn’t experienced anything like Joe teaching before. I remember saying out loud something like, “My students need to experience this.”

For various reasons, it took 12 years to make that happen. But in 2016, with my colleagues Jan Penrose and Julie Cupples, I began taking our undergraduate geography students to Cape Town on a field course. When planning it, I reunited with Joe (a joyous moment), and he became totally committed to what we set out to do in this fascinating context: educate our students about racial inequality and anti-racist struggles, community organizing, empowerment and hope, in profound and novel ways.

Joe’s role at the Museum involves sharing accounts of forced removals and their serious consequences, which are still felt acutely today, 28 years into South African democracy. He educates visitors from all over the world about the human rights violations that result from ideological indoctrination. Perhaps most important of all, he discredits any belief in race as a biological category that justifies the unequal treatment of human beings.

Every year, Joe has been extraordinary with our students; I just knew he would be.  Time spent with him gives them a strong sense of the enormous importance of place in all human life—the very essence of geography. District Six is part of Joe Schaffers—the spirit of the place circulates through him and shapes his worldview. It emerges in all his stories, his knowledge, his music (he is a renowned jazz singer in Cape Town), his deep love for the community that nurtured him, and for his people. His teaching is honest, passionate and truly beautiful not just in spite of the pain of what happened to District Six, but because of it.

Regrettably, the passage of time, political and economic strife, spin, and laziness mean that injustices like what happened in District Six can fade into history. Joe brings them right back into the present, as stern warnings against where we are going as a species and against the ruinous politics that enabled forced removals under apartheid. There are thousands of people in Cape Town (and way beyond) who do amazing work against the odds, against the forces of inequality, without any recognition, without any expectation of praise. For them, it is almost a calling, but also, in many ways, it is aligned to Samora Machel’s rallying call, “A Luta Continua.”

Therefore, we felt that an Honorary Doctorate for Joe would be a powerful and far-reaching display of support for all local, national and international organizations committed to struggles aligned with those to which Joe has devoted his entire life. But it’s also a celebration of a truly great Capetonian, who is an inspiration and friend to so many. 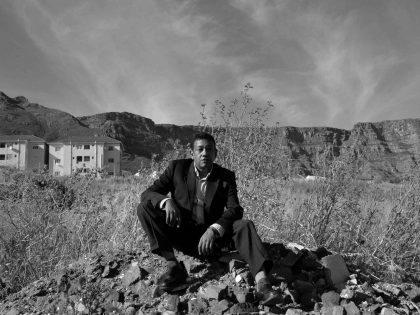 District Six was the start of a really vibrant, none racial South African and that’s why it had to die. 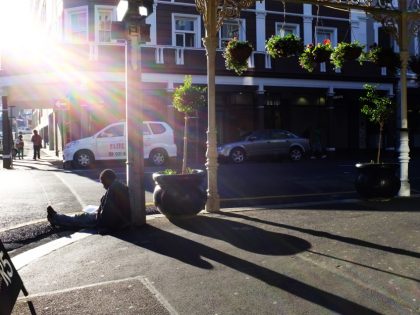 Next time you see billboards advertising Cape Town as the “World Design Capital,” know them for what they are. 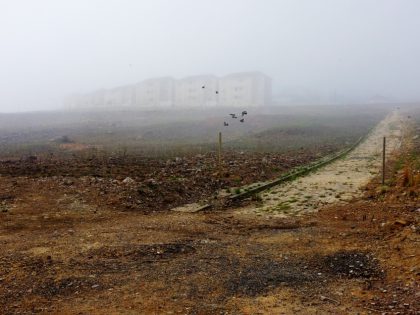 The District on Cape Town’s “Fringe”

What it means to belong in post-apartheid urban space and how to reckon with history.