Zambian rapper and singer Sampa the Great (Sampa Tembo), took to the stage at Sydney’s famed Opera House recently in her first Australian performance since the beginning of the pandemic. She performed two shows to open the city’s annual Vivid Festival.

At the onset of the pandemic, Tembo headed to Zambia when her father contracted COVID-19, and was unable to return due to stringent border closures. After two years, it’s as if she was teleported back to center stage with a flash of vibrant colors reflecting the nuanced landscapes of Zambia, bringing the audience to their feet in exhilaration at her concert An Afro Future.

While stuck in Zambia, placing her trust in a higher power, she focused on being “present” where she was planted. Tembo reconnected with her roots, collaborated with local artists, reflected on her experience as a black woman and envisioned what she wants the future to look like. The essence of this personal journey is captured in An Afro Future. “This is a 360-degree moment for me. I went home, I reconnected with my people, we made some music together—some wild tings!” she said to a jam-packed audience at the Joan Sutherland theater.

Tembo was born in Zambia, grew up in Botswana and lived briefly in the US, before spending some years in Australia. Music has always been part of her life, ingrained into the fabric of Zambian society, traditionally used to mark life events including weddings, graduations, general celebrations and funerals. Growing up Tembo, “felt a sense of spiritual power singing in unison with everyone at these gatherings, often without any instruments,” she says. Yet, it wasn’t until she first heard Tupac Shakur at the age of nine that it was game over. She instinctively knew hip hop would be her mode of self-expression.

“Walking into my cousin’s room and hearing Tupac! Yo! What is this?,” she tells me in a tone reflecting the sense of awe and wonderment she felt when first hearing Shakur’s track Changes:

At the time, I think it was also a case of middle kid syndrome, where I felt I wasn’t being heard. I’d always written down my thoughts and feelings in my journal, it was hard for me to express myself. When I heard Tupac rap it was as if someone was speaking poetry to music. I felt it was like what I did when I wrote in my journals, and it sparked my love for expression. It was a mixture of the culture that I was in, the music I heard growing up and hip hop being that vessel that got me to where I am now…

Tembo’s ascent has been steady and impressive. She began her career in Australia, where she created her most well-known projects, The Great Mixtape (2015), The Birds and the Bee9 Mixtape (2017) earning her praise from artists like Lauren Hill and Kendrick Lamar and amassing the prestigious Australian Music Prize for Best Album of 2017. Her debut album The Return (2019), won several Australian Recording Industry Association Music Awards (ARIAs) and a second Australian Music Prize for Album of the Year—a record-breaking achievement. In 2020, she garnered the attention of Michelle Obama who included Tembo’s track Freedom on her personal Spotify Playlist. While still early in 2022, Tembo made history performing with the first Zambian band to play at Coachella and the Sydney Opera House.

“An Afro future means no limits to the way you express yourself regardless who is watching and for who is watching,” she says. Tembo opened the show with a traditional Aboriginal custom, the Welcome to Country, signifying respect and acknowledgement of Australia’s First Nations Peoples, their ownership and custodianship of the land, their ancestors and traditions. She followed with acknowledgement of and voiced her solidarity with the black diaspora, its continued struggles but also triumphs, setting much of the tone of the show that would follow.

Tembo performed an hour-and-a-half set with an electrifying mix of hip hop, soul, Afrobeats, and traditional Zambian music. Her voice oscillating between high energy poetic flows in tracks such as Rhymes to the East, The Final Form and OMG, with softer soothing tones in songs like Lane (a new track featuring Denzel Curry) and Black Girl Magic (a song she originally wrote for her sister)—all the while masterfully commanding the stage and intoxicating the audience. Tembo also had some surprises for the audience: she performed new music, including Let Me Be Great featuring the legendary Angelique Kidjo, (who initially approached Tembo for a collaboration after seeing her perform on NPR Music) and Wildones, by Tembo’s sister and fellow singer, Mwanjé Tembo (who joined her on stage).

Laced in between celebratory moments, were others of vulnerability where Tembo shared anecdotes. Despite an overwhelmingly white audience, she didn’t shy away from speaking about some of her experiences as a black woman existing in heavily colonized environments with the residual impacts on her own internal space. For instance, the idea of beauty, personal agency and access. She spoke of her subsequent journey of self-discovery, self-empowerment and overcoming various societal constructs imposed upon her—urging the audience to do the same in their own lives.

“This is the privilege of going back home and reconnecting with your roots,” she says of standing in and sharing her truth despite who is watching. Accompanying her on stage was a five-piece Zambian band and six dancers who lifted the energy in the vibrantly colored but predominantly red lit intimate space, evoking a transcendent spiritual experience. “Red is the color of blood, the thing that ultimately connects us all,” Tembo says of choosing it as the dominant color of the show. There was a mood of nostalgia in the air, almost like a lingering affectionate hug akin to seeing an old friend after an extended period apart, yet Tembo says it wasn’t always this way. “It definitely wasn’t as welcoming in the beginning, otherwise there’d be no need for a renaissance. Is it more welcoming now?… I think it has no choice,” she remarks of the Australian music industry. “The voices that were coming from young black creatives in Australia were too loud to be ignored. It garnered international attention as well and it would be foolish to pretend that this wasn’t happening in their backyard,” she adds.

Tembo’s mighty influence on the Australian music industry is undeniable. However, she’s conscious of the artists that came before and paved the way for her, Tembo also hopes that she’s paved the way for more to come. “I always try and make sure I use my platform to give other creatives a chance and share the stage with people who look like you, talk and feel like you,” she says.

An Afro Future was also a chance for Tembo to evolve her artistry by incorporating more of her interests and extensions of herself live on stage by adding dance, spoken word and color. “I thought let’s make it more theatrical,” Tembo notes. Aware of other black creatives watching and the pressure they may feel to present in a certain way, “I also want to show that there isn’t one way of being black. Black is everything baby!”

For Tembo’s new chapter, she confesses that she’s excited to explore more abstract expression with her visuals: “Telling more visual stories, with music there’s no holds barred now. We’re going in any and all directions we’re inspired by and without any fear. Lane [her new track featuring Curry and accompanying video shot in Cape Town, South Africa] was the first step in working in visual expression where we’re trying everything and it’s only going to grow from there, from film to short stories and so forth.” 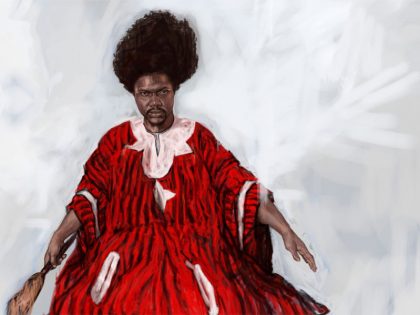 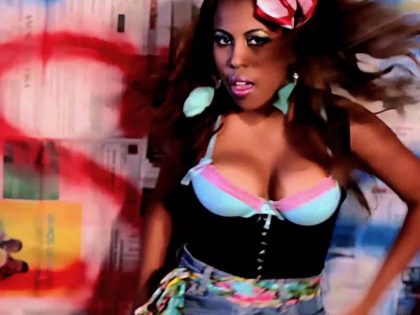