Recent contests over the presidency of the Nigerian Football Federation (NFF) have been keenly contested, with good reason. Nigeria’s size and football pedigree (the Nigerian men’s  national team has qualified for the World Cup six times and won the African Cup of Nations three times) mean occupants of the NFF presidency have frequently used this position as a launch pad for more senior positions in both the continental (CAF) and global (FIFA) football governing bodies. Amaju Pinnick, the current president, is no exception. He has served as CAF’s First Vice-President and was recently elected to the FIFA Council, the sport’s highest governing committee. Being feted overseas, however, does not mean that Nigerian football is well organized. In this, it reflects the crisis in the country’s political institutions.

After decades of military rule, many state institutions in Nigeria have been corrupted into preferring a governance structure with a lot of power concentrated at the center. This often means abuse of structures set up to keep leaders in check. The last two heads of state, Goodluck Jonathan and incumbent Muhammadu Buhari, undermined institutions that were supposed to be independent, such as the central bank governor and the judiciary. This political partisanship also extended to football administration. Jonathan infamously banned the men’s national team from participating in tournaments after it was knocked out of the 2010 FIFA World Cup in South Africa. It took the threat of an even bigger ban by the global body for the country’s president to reverse course. (FIFA discourages political interference in football administration by governments; it can lead to automatic suspension of a national association and its teams from international competition.)

But the NFF doesn’t always need political interference from political leaders to undermine the game. For example, it has a technical team that has tremendous input in player selection, undermining the power of the national coach to choose their own teams. The NFF has also developed a reputation for abusing its oversight functions by arbitrarily dismissing team captains who dare to complain about mismanagement. There have also been reports of enforced policies of representation to avoid marginalizing parts of the country. Very few fans care about these things when the country plays well. None of the players that started the African Cup of Nations final against Burkina Faso in 2013, which Nigeria won, were from the northern part of the country. Fans from those regions and states still supported the team’s eventual victory in South Africa. Not qualifying for Qatar, however, has brought these sporting failures and mismanagement back into the spotlight.

One of the main complaints about the NFF has been its failure to build domestic structures to develop the local game in favor of a policy that focuses on the national team. Nigeria has a large diaspora and, as a result, can pick from world-class players born in Europe. These players have made Nigeria competitive in African Cup of Nations or World Cup competitions. As a result, there is no incentive to develop and invest in talent back home. This has been a strategy of the NFF under Pinnick and there has been little space for it to be questioned or reviewed. This is not to knock the passion that players born in or based outside Africa can have for their countries. Many of them display true patriotism and commitment to the national team. But their participation in national teams has to be balanced with providing opportunities to promising talents within the country and using that to develop the domestic game. Many of Nigeria’s successes, especially its record of winning five world championships at the U-17 level, have been founded on doing just that, and some might rightly point out that the failure to replicate it at senior level is a tragedy of mismanagement.

The failure of the men’s national team, the Super Eagles, to qualify for Qatar 2022 brought all these tensions and problems back to the fore.

On March 29, the Super Eagles took to the field against Ghana at the M.K.O. Abiola Stadium in the federal capital Abuja. This was the second of a two-legged qualifier for a place in Qatar. In the first match, the teams had drawn 0-0. Because of the away goal rules, which favor the visiting team, Nigeria had to win the second game.

The choice of Abuja as a venue for the match, given the stakes, seemed odd. The Super Eagles hadn’t played in Abuja since 2014 and had a stronger rapport with crowds in Uyo, Asaba and Lagos. Many consequential matches played at the stadium had resulted in losses,  from a draw with Guinea that prevented the team from qualifying for the 2012 African Cup of Nations to losses in the finals of the two tournaments that Nigeria had hosted there: the 2003 African Games and 2009 FIFA U-17 World Cup. The stadium’s racing track creates a distance between the field and the stands and makes it difficult for the home crowd to make it daunting for opposition players and to cheer on the Super Eagles when they need a lift.

The match was played a day after a passenger train between Abuja and nearby Kaduna was attacked by gunmen. With unsubstantiated reports of another incident at the stadium and a country dealing with economic and security challenges, the football team was dealing with the responsibility of lifting the mood.

In the end, the Super Eagles came short. The game ended in a 1-1 draw and Nigeria was out. As ESPN summarized: “Nigeria had qualified for six of the previous seven World Cups dating back to the United States in 1994, and their absence from this year’s tournament will spark an inquest from the country’s football authorities.” That’s when some fans in the stadium expressed their disappointment by storming the field and destroying infrastructure. Quartz Africa reported: “As the final whistle was blown, plastic bottles rained from the stands on the running tracks close to the field. The players were barely in their locker rooms when hundreds of spectators climbed down to begin vandalizing the canopy coverings for coaches and reserve players, wooden advertising panels, and goal nets.”

The outburst of violence and chaos also reflected frustration with the match-day experience at games in Nigeria. Transportation to and from games is often chaotic and even affects those not planning on attending. Seating structures are rarely adhered to and cause more confusion and aggression. There is little support for attendees who are very young, pregnant, and elderly and there is a lack of planning in case of an emergency.

For all this, Nigerians haven’t lost their faith in football or the Super Eagles. Like fans elsewhere on the continent, they keep dreaming. Like Zambia conquering the continent in 2012, or Senegal recently capturing their first AFCON championship. There is always a sense of expectation and anticipation whenever a sporting opportunity comes around. Despite warnings to stay away and fears of failure, many Africans trooped to their stadiums to urge their team in an attempt to qualify for the World Cup. New heroes always emerge, new chances are discovered and there is always the promise of the next time.

Perhaps this is the narrative of what this beautiful game and our states have in common: the faith that while today might be difficult, there is always the optimism of a better tomorrow. Nigerians are no different. 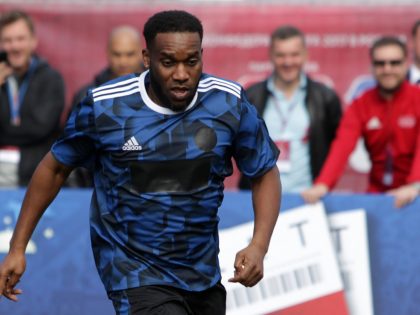 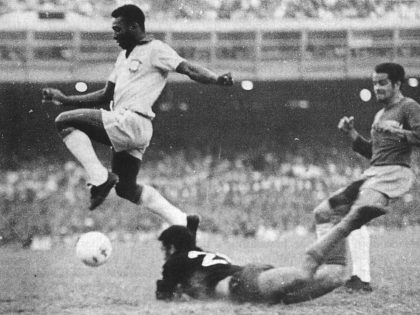 When Pelé ended a war 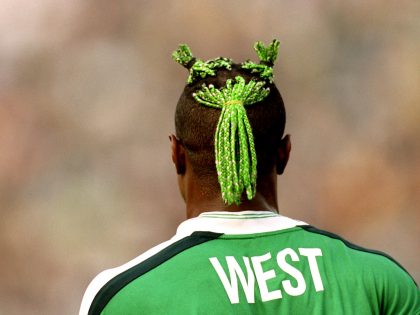 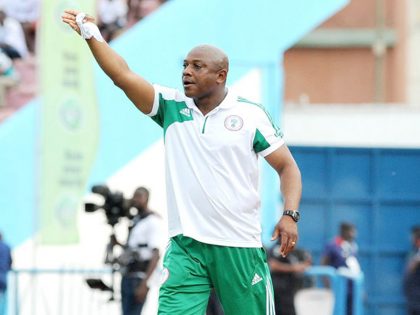