The last time I attended the Venice Biennale was in 2015, when Nigerian-born curator Okwui Enwezor included an Isaac Julien-directed oratorio of Marx’s Das Kapital. Meanwhile, at the opening of the Biennale, Julien was thrown a party by Rolls Royce. Enwezor displayed these kinds of ironies. His Biennale artworks tended to flatten everything into politics, but for African artists, it was a crucial move that shifted the meaning of modern and contemporary African art away from performing its indigeneity to demonstrating that it precipitated decolonization.

This year’s surrealist theme, “The Milk of Dreams,” engages the obverse of political modernism. The chosen artists explore the mutations and illogic of a world engulfed in a pandemic, rapid climate change, and multiple scenes of hyper-mediated violence. There are more women artists featured in this year’s exhibition than ever before, and much of the art concerns women. One of five “time capsule” rooms is filled with the work of women and non-European surrealist artists, including rare pieces by Congolese artist Antoinette Lubaki: two untitled works that were collected by a Belgian collector in the 1930s, the height of colonial-era art by “naïve” artists. The label assures viewers that “these works show a sensibility unparalleled in the world of modern art”—really, a recapitulation of primitivism. However, the global surrealism of the exhibition seeks to critique while allowing for the emergent and the grotesque. When indigeneity is performed, it is as an alternative to extractive capitalism. Head curator Cecilia Alemani’s three broad themes of the Biennale are “the representation of bodies and their metamorphoses; the relationship between individuals and technologies; the connection between bodies and the Earth.”

The artists included in these African pavilions negotiate wildly different levels of access to materials and representation as they explore notions of personhood pressed to the edges of existence. Engagements with technology sit awkwardly next to a preponderance of painting and the handwrought, as in South Africa’s pavilion, where Phumulani Ntuli pairs augmented reality via tablet computers with his acrylic canvas, “Swaying Through the Portholes” (2021). Ghana’s pavilion (its second after 2019) presents a range of statements on “Africa” by curator Nana Oforiatta-Ayim, whose appointment and choices were subject to some grumbling by veteran Ghanaian artist Rikki Wemega-Kwaku. The pavilion includes artist Afroscope’s automatic drawings made with a computer program that is installed along with the work, as well as Na Chainkua Reindorf’s paintings that feature women in masquerade. All of the work is mounted on a latticework bamboo structure by D.K. Osseo-Asare; the result is a sustainable and tactical design. The exhibition celebrates unknown and young artists.

The problem of access for artists in Africa is nowhere more obvious than in the Cameroon pavilion, which is, oddly, staged in two locations. One exhibits the Cameroonian artists, while the other features art by Global Crypto Art Collective DAO, which funded the Cameroon pavilion. Not one Cameroonian artist has participated in the NFT portion. Cocurator Sandro Orlandi Stagl seems to have simply used Cameroon’s pavilion to mount what all of the art world press have declared the “first NFT exhibition at the Venice Biennale.” (Stagl was previously the curator of the infamous 2015 Kenya pavilion at the Venice Biennale.)

There are too many of these games to enumerate here, but suffice to say that the Venice Biennale can be like the Olympics in its usurpation of national pavilions by the private sector. The “real” Cameroon installation features Angèle Etoundi Essamba’s “A-FIL-IATIONS” (2022), a series of lush, large-scale photos of women in various poses with brightly colored thread draped onto their bodies. These and other excellent works (including a Black “Salvator Mundi” by Spanish artist Jorge Pombo) are installed in the courtyard of an arts high school. Works by Salifou Lindou and Afran highlight, respectively, the corruption that causes gross inequality and the addictive and destructive effects of social media.

In the Côte d’Ivoire pavilion, an installation with dramatic lighting and an architectural focal point is used to feature an Italian artist, Aron Demetz, somewhat obscuring the intricate work of Saint-Etienne Yeanzy. Still, a good pairing in the pavilion is Demetz’s homoerotic nude male sculptural pair alongside veteran Ivoirian artist Frédéric Bruly Bouabre’s large drawing of a figure with an impossibly long phallus.

Collin Sekajugo’s paintings in the Uganda pavilion are a powerful response to continued financial pressures and persistent representational stereotypes. “Stock Image 017-I Own Everything” (2019/22) and other works speak to the proliferation of artwork that features a Black figure in front of a patterned background, a style made famous by Kehinde Wiley but originating with 1990 Biennale favorite Seydou Keïta. Sekajugo’s works are paired with sculptures made from Acaye Kerunan’s social practice of weaving with groups of Ugandan women. They sourced palm and raffia from wetlands as a form of care for the environment; the piece is hyper-local and centers women’s work. Happily, Uganda won a Special Mention award.

The Venice Biennale represents a collection of enormous investments in art infrastructure. This year’s installations make clear that despite the lack of investment from African nations or the occasional hijacking by mercenary curators, African artists are finding ways to be seen. In this town born of globalism and mercantilism, the work nudges its audience to notice their contortions. 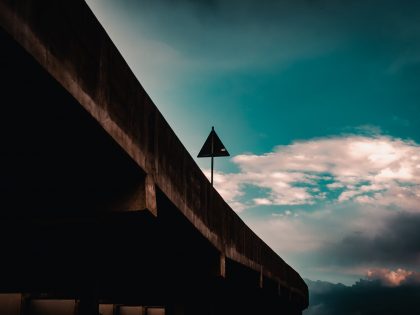 Colonial vice at the Venice Biennale

At the world’s most prestigious art exhibition, all is not well when it comes to relative newcomers from the African continent. 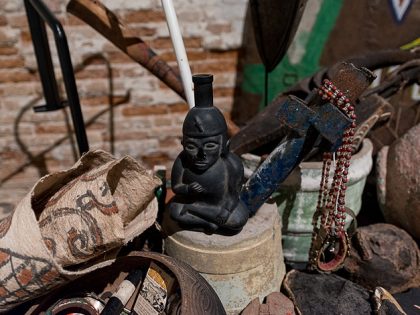 The Venice Biennale and the problem of nationalism

Okwui Enwezor’s “All the World’s Futures” is a radical attempt at shifting the paradigms of biennale models to create a more democratic society of artists and exhibition spaces. 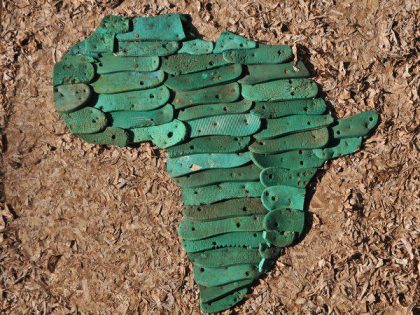 How an Italian hotelier came to represent Kenya at the Venice Biennale. 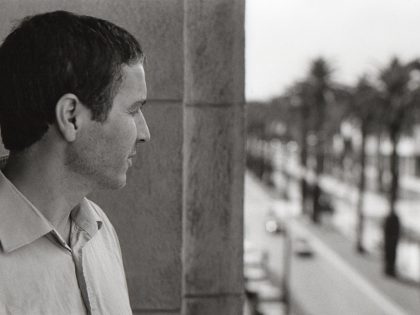 The artist as citizen

An interview with Abdellah Karroum is the artistic director of the Biennale Regard Benin 2012, which premise is “Inventing the World: the Artist as Citizen.”