April 7th, 2022, marks 28 years since the start of the Rwandan genocide. In Petit Pays (Small Country), Gaël Faye provides a new outlook on the events, with special attention to how the ethnic conflict spilled into the Burundian civil war. Written from the perspective of a young French-Rwandan boy living in Burundi, the book challenges misconceptions about the period leading to the tragedy and sheds light on the complex psychological dimensions of the genocide. Between melancholy, terror, and disillusion, Petit Pays is a groundbreaking and eye-opening take on one of the darkest pages of African history, one that is often misunderstood in the West.

In the Francophone world, Faye is known as a recording artist. His homonymous 2011 song, “Petit Pays,” was accompanied by a colorful music video staged in the luxuriant hills of Burundi. Released five years prior to the book, the song acts as a sequel to Gaby’s story and describes his struggle to heal from his traumatic experiences in Burundi, with writing as his only escape from the past. In the song, Faye evokes how genocides breed a complex combination of anger and culpability among survivors like Gaby, who often find themselves stuck between “suicide and murder.” Writing is a safe and neutral way to face this trauma and externalize the psychological intricacies of the genocide in a world where a Manichaean interpretation of historical events is the norm.

A cinematic interpretation of the novel was released in 2020. The movie, co-directed by Eric Barbier, was critically acclaimed, and it constitutes the final facet of Faye’s multimodal work, Petit Pays.

The novel is at the core of this project. Despite its fictional nature, the main protagonist, an 11-year-old boy nicknamed Gaby (short for Gabriel), is blatantly inspired by Faye’s own childhood. Gaby lives in Kinanira, a wealthy expatriate neighborhood in Bujumbura, with his father, the family cook Prothé, the driver Innocent, and his friends, with whom he enjoys eating mangos in an abandoned Volkswagen Kombi. The first chapters of the book are imbued with joy and melancholy, as the reader is taken through the emotions and sensations of this child whose only preoccupations are explorations and treasure hunts. From discovering the wonders of Lake Tanganyika to visiting abandoned palm oil factories, Gaby’s childhood, contrasting with the daily hardships of Burundians, is portrayed as a colorful anomaly amid the country’s rampant poverty. However, Gaby’s bubble is short-lived; it eventually bursts after his parents’ breakup and the coup that overthrew newly-elected president Melchior Ndadaye on October 21st, 1993.

Often overshadowed by the events in Rwanda, the Burundian civil war also opposed a Hutu majority against a Tutsi minority (of which Gaby’s mother is a member). In the second half of the novel, Gaby is faced with new realities. In a political context where, as an ethnic Tutsi, he is forced to take sides, Gaby is struck by disillusionment, mistrust, and doubt. As ethnic hatred starts to permeate public discourse, Gaby’s attitude towards his relatives, friends, and acquaintances shifts. By gradually politicizing Gaby throughout the novel, Faye stands against the misconception that the conflict between Hutus and Tutsis was just an out-of-the-blue occurrence. Instead, the author sheds light on the vast operation of divisive propaganda and the complex psychological manipulation perpetrated by the genocide’s multiple actors, which ranged from governments to civil society. Western historians, political scientists, and organizations like Human Rights Watch have often claimed that the genocide could have been avoided if international actors had undertaken tougher action. While this is certainly true, the genocide did not occur in a vacuum, and grasping the magnitude of the events was, according to Faye, a complex task at the time.

The novel helps readers grasp this complexity: its first-person narrative style allows for an immersive experience in Gaby’s physical and psychological environment. As readers, we become empathetic to all of Gaby’s endeavors—as if we had been indoctrinated ourselves—even when he is forced to murder a Hutu man in the final pages of the novel. Still, Faye avoids excessive use of melodramatic language and makes the conscious choice to craft a realistic novel. According to him, the genocide is an event that literature would fail to describe in its entirety. Gaby’s understanding of the genocide is thus very limited and confined to his own personal experiences—and, as a result, so is the reader’s.

African historical events like the Rwandan genocide and the Burundian civil war are too often recounted through the lens of the Western world. The remembrance of these events is therefore tainted with a European bias, while new voices and interpretations have struggled to make it to the surface. History is much more than just a linear, one-sided timeline, and new narratives like Gaby’s have often been sidelined on the basis of race, gender, or nationality. This is a mistake, because works like Petit Pays allow us to rethink history and challenge mainstream ways of remembering. A collective effort must be made to further empower these new narratives, as they are crucial missing pieces of this puzzle we call history. 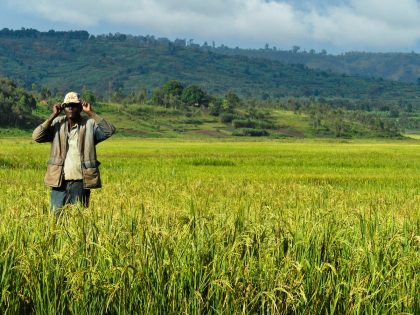 The weaponization of memory in Burundi

Prince Louis Rwagasore, also known as “Burundi’s Lumumba,” has been reduced to a political tool by the country’s elite, but artists are doing his legacy justice. 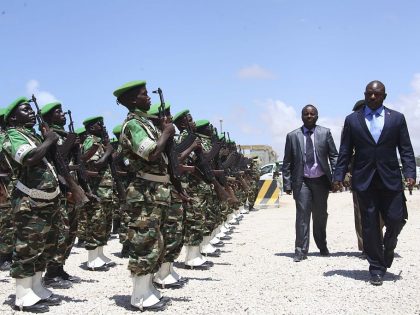 How did Burundi go from being the hallmark of power-sharing success to an increasingly polarized country?