Spread out across the rolling plains of southwestern Uganda, Nakivale Refugee Settlement is Africa’s oldest continuously inhabited refugee camp and home to 104,169 refugees from across East and Central Africa. In their respective sections of the sprawling camp, refugees of six different nationalities have worked to forge new lives out of the trauma of displacement. Somali refugees with global diasporic connections have struck up import-export enterprises, Congolese and Burundians preside over a trade in agricultural produce, and refugees of all stripes have opened restaurants, bars, cinemas, churches, and mosques to make their new surroundings a little more like home.

As the COVID-19 pandemic rages, the communities that Nakivale’s residents have struggled to build may be at risk. Some observers, especially in the West, predict that Africa will be the pandemic’s next epicenter as fragile medical systems are overwhelmed. Others contend that African governments’ experiences with previous epidemics leave them uniquely prepared to find innovative solutions to COVID-19. But as George Kibala Bauer writes, these polarized narratives of success and failure do not fully capture the complex realities of life in Africa during the pandemic. These realities can be found in the struggles of grassroots organizations and ordinary people across the continent to combat the economic and health effects of COVID-19 in their communities. From their victories and setbacks, we can learn a great deal about the power of social responsibility in times of crisis, and especially about the structural barriers that limit it.

Refugees have long relied on norms of social responsibility to withstand the rigors of daily life in Nakivale. The work of Talented Orphan Healing Aid (TOHA), a small, refugee-run NGO based in Nakivale’s Burundian community, exemplifies this ethos. Founded in 2015 by Benefice Tuyisenge, a former student and community organizer from Bujumbura, TOHA has undertaken a holistic, grassroots response to the pandemic: constructing sinks from branches and jerrycans to encourage handwashing, distributing soap and facemasks to refugees, and working to dispel widespread misinformation regarding COVID-19. TOHA’s efforts are bolstered by the contributions of other refugees, who pass along information by word of mouth and share their sinks and soap with their neighbors. As Nakivale resident Leoncie Bigirimana stated, “When they teach us, if we encounter other people, we teach them.”

TOHA staff members generally work voluntarily or for small stipends, and they are dogged by worries that they might catch COVID-19 in the course of their work. “For myself and my family, this disease has instilled a lot of fear in us, because we see that there’s nothing that can treat it,” said Etienne Niyomwungere, TOHA’s treasurer. Tuyisenge, who is asthmatic and lives with the six orphans whom he is fostering, shares Niyomwungere’s anxieties. In spite of these fears, TOHA staff feel bound by a sense of responsibility to their community. “When people die,” Tuyisenge explained, “They are wise people, resourceful people, knowledgeable people…We need to keep on saving the lives of people.” 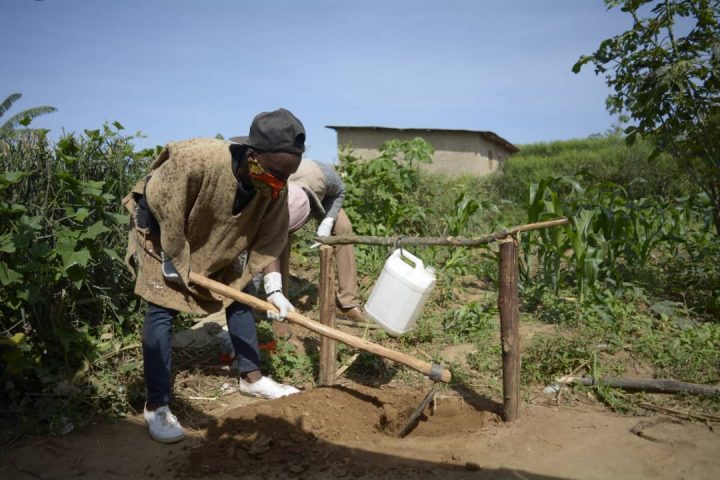 Yet social responsibility has its limits, especially in times of great hardship and in the face of implacable structural forces. In accordance with government-mandated lockdown measures, the majority of shops and marketplaces in Nakivale have been shuttered, making it difficult to find work or obtain basic necessities. To make matters worse, the United Nations High Commissioner for Refugees (UNHCR) and the World Food Program (WFP) have slashed refugees’ rations by 30 percent and reduced their monthly cash allotment to less than six US dollars. These cuts were precipitated by a significant decrease in US funding to the UN and its subsidiary agencies over the course of the Trump presidency.

As a result of the lockdown and aid cuts, hunger has begun to take its toll on the social fabric of Nakivale. Unsure of where their next meal will come from, many refugees are no longer willing to share their food with needy neighbors. Landlords have begun kicking impoverished tenants to the curb, forcing homeless refugees to lay their heads in construction sites and leaving them susceptible to diseases like malaria. “People are shut in completely,” Burundian refugee Domitila Mbonigaba lamented. “We’re not getting food, we’re dying of hunger.”

TOHA has begun taking steps to tackle the desperation taking root in Nakivale. The organization is currently distributing tomatoes, dried fish, and charcoal to 134 particularly vulnerable refugees in order to supplement their meager rations of rice, beans, and cooking oil. Unfortunately, these efforts have been hampered by the systemic corruption that pervades all levels of political authority in Nakivale. TOHA typically identifies especially vulnerable refugees who require extra assistance through official lists kept by the camp authorities. However, the officials who curate these lists allegedly expect bribes from those seeking to have their names added, causing many recently arrived refugees, who are often unable to pay, to be left off. As a result, TOHA has failed to include some vulnerable people in its food distribution program, leading to confrontations with incensed community members and rumors that TOHA itself is involved in networks of corruption. To remedy the situation, Tuyisenge and his colleagues are seeking ways of identifying beneficiaries while circumventing corrupt power structures. But TOHA’s focus on orphans, the disabled and other particularly vulnerable refugees will likely remain a source of friction with the community at large as conditions in Nakivale deteriorate. “People come to tell me that, ‘Benefice, all of us are refugees, and all of us are vulnerable. You shouldn’t choose who is vulnerable and who is not,’” Tuyisenge explained. “And I tell them, ‘No, we are all refugees, but the categories are different. There are people who have legs and hands, but there are other people who don’t.’”

Corruption in Uganda is a complex and multifaceted problem, rooted in patronage politics, the legacies of colonial rule, and the economic liberalization and crony capitalism that accompanied the structural adjustment programs of the 1980s and 1990s. As refugees in Nakivale have experienced firsthand, corruption is also closely connected to the maintenance of a militaristic, authoritarian state. Some police and military personnel in Nakivale have used the lockdown as an opportunity to terrorize refugees, and to line their pockets in the process. Refugees caught violating the government-mandated 7:00 p.m. curfew, often to gather firewood, can suffer police violence. “There’s no charcoal, so you have to go search for it,” one refugee recounted, “But when you go and search for this charcoal in the evening, you encounter the police and they arrest you and beat you.” Another refugee complained of rampant corruption and baseless arrests: “If they do not find you in your house, then you are beaten seriously. If you don’t have something you can pay them as a bribe, then you are jailed for two or three days until you pay something.”

Police officers and local government officials have also used the air of secrecy surrounding the lockdown to exact revenge against refugees seen as uncooperative, part of a longstanding campaign against those who threaten the interests of Nakivale’s corrupt bureaucracy. For instance, on May 5th, police allegedly murdered a Congolese refugee named Freddy Kayiji for failing to bribe a local official after renting a house. TOHA staff and other community leaders have tried to initiate a dialogue with the police, but Tuyisenge says they have been unable to secure a meeting with police and military commanders. Tellingly, a local official stated that only “lawbreakers…are the ones having problems” with the police.

The corruption, police violence, and aid cuts demonstrate that, in the midst of the pandemic, refugees in Nakivale have become collateral damage in political, economic, and ideological contests taking place from Kampala to Washington. In light of the colonial legacies and stark global inequalities underscored by COVID-19, refugees’ daily struggles to survive constitute acts of resistance against the historical and political injustices that produced their current circumstances. The painstaking efforts of grassroots refugee organizations like TOHA provide insight into how many of the continent’s poor will weather the pandemic, even as international media outlets focus mainly on dire predictions of death or large-scale government policies. In the face of economic strain and systemic challenges stemming from within and without, communities across Africa are taking survival into their own hands, demonstrating that ordinary Africans are far from the passive victims of Western imagination and highlighting the importance of social responsibility in a time of great fear and precarity. As Tuyisenge puts it, “When you support people, you also support yourself.” 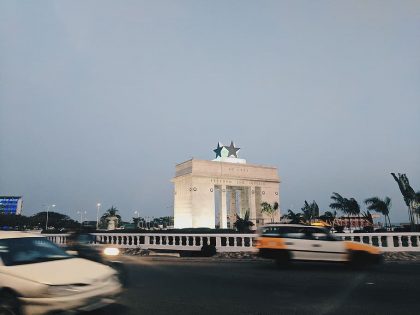 Ghana responds to the coronavirus

Demolishing homes of poor residents in Accra while under lockdown, tells us all we need to know about the Ghanaian state’s treatment of working class people.