On Sunday, January 23, 2022, nearly seven million Senegalese voters were expected to elect mayors and departmental councils in a combined election that had been postponed three times. More than a dozen political parties and coalitions competed in 500 municipalities and 46 departments. Despite the plurality of the political formations, three coalitions drew most of the popular attention and votes.

The ruling coalition, Benno Bokk Yakkaar (BBY), had the daunting task of consolidating its political gains since 2012, when it triumphed in legislative, municipal and presidential elections. One of BBY’s major challenges was to win in large cities, such as Dakar, Thies, Saint-Louis, Kaolack, and Ziguinchor and safeguard its electoral base following a 2019 presidential election victory. Further hurdles arose from dissent within the President’s camps that led many allies to form parallel sub-coalitions. Despite conserving the majority of the districts, the BBY’s margin of victory significantly diminished.

Yewwi Askan Wi (YAW), a coalition spearheaded by Ousmane Sonko and Barthelemy Dias, both considered the rising stars of Senegalese politics, along with Khalifa Sall, a former ally of President Macky Sall. All three have been the subject of legal challenges: Khalifa Sall was imprisoned in 2018 for alleged embezzlement of public funds, losing his job as mayor of Dakar before being pardoned by President Sall (no relation). Following his official candidacy nomination for Dakar mayor, Dias appeared in court regarding a 2011 case involving the death of a young man named Ndiaga Diouf. The latter was shot dead after he and a group of people (allegedly sent by the then ruling Senegalese Democratic Party–PDS) attacked Dias and his Mermoz Sacré-Coeur City Hall. Although he claimed self-defense, Dias spent six months in prison in 2011 and was freed in 2012 when Macky Sall took office. Sonko, a rising politician popular among the younger Senegalese, is the subject of a rape charge that led to unprecedented civil unrest across the country. On March 3, 2021, Senegal experienced the worst popular uprising in its history following Sonko’s arrest. A young masseuse, Adji Sarr, alleges that Sonko, the most vocal opponent of the Sall regime, raped her several times in the massage parlor and threatened her life. Sonko denies all allegations, however his subsequent arrest as well as growing frustration with the ruling coalition sparked demonstrations across the country targeting the ruling coalition, government officials, public infrastructures and French-owned multinationals. After five days of bloody confrontation, and 14 people dead, President Sall mobilized the army to support the embattled police and Sonko was released under judicial supervision.

Although Sonko’s case is still pending, the spectra of the uprising, doubled with the socio-economic ordeals of COVID-19, continue to hover over Senegal’s popular consciousness. The uprising particularly fueled media and popular conversations as well as the campaign’s rhetoric and swayed votes against the regime. Therefore, the significance of these elections lay in a trinary: first, the need for the Sall regime to “reconcile” with the masses post-uprising, to test its waning approval rating and the citizens’ eagerness to express their grievances against a precarious and dependent economic; second, a weaponized judicial system under attack (by the executive branch); and finally a deliberate lack of clarity regarding President Sall’s intent to run for a third term in 2024. The latter point is at the heart of the Senegalese political conversation. President Sall declared on live TV in December 2019 “my response is neither yes nor no” to the question of whether or not he was going to seek a third term. To many citizens, this seemed like overt constitutional defiance and a gross lack of respect vis-à-vis the people to whom he promised: “In 2019, if the people renew their trust in me, this will be my last term. I think it’s very clear and it’s settled by the constitution.” Supporters of the YAW coalition leaders continue to deem charges brought against Sonko, Dias and Khalifa Sall as politically motivated. Meanwhile, YAW is banking on a bottom-up strategy to dominate the municipal districts and weaken the dominant coalition in the upcoming legislative (2022) and presidential elections (2024). Insisting on President Macky Sall’s ineligibility for a third term (per the current constitution), YAW plans to support several candidacies in 2024 and coalesce behind its highest-scoring candidate for an eventual runoff election.

A third coalition, Wàllu Senegal, is led by the former ruling party PDS. Besides striving to leave a solid imprint in the municipal election, Wàllu Senegal also aims to restore the popularity of the PDS, which has been in decline since it lost power in 2012. (Abdoulaye Wade, Senegal’s president from 2000 to 2012, and whose unconstitutional race for a third term lost them that election, is still listed as the party’s General Secretary.) Apart from Sonko’s who is a staunch self-proclaimed pan-Africanist, there are no apparent ideological demarcations between these political coalitions.

Election day in January 2022 remained relatively peaceful around the country in contrast with the cycle of violence noted during the campaigns. Three days prior to the vote, severe clashes took place in Dakar between opposing supporters of Barthelemy Dias, contender for the highly coveted mayoralty of Dakar, and members of the Coalition BBY. Both camps blamed the other for incidents that resulted in three people being seriously injured. Similar acts of violence occurred in Ziguinchor, Sonko’s stronghold, where supporters physically fought with members of the ruling coalition on election day.

The YAW and BBY claimed victory in the wake of the 2022 elections, and the former dominated in Guédiawaye, Dakar, Thiés, Diourbel, Ziguinchor, and Rufisque among other key places. The significance of these locations is that they combine 60% of the Senegalese electorate thus posing a major threat to the ruling coalition in the upcoming presidential elections. The loss of Guédiawaye, a city administered until 2022 by President Sall’s brother (Aliou Sall), was highly symbolic and reflective of the popular disapproval of the Sall regime as well as the popular disdain Aliou incurred as a result of shady dealings with Frank Timis around oil and gas contracts widely exposed by the Senegalese media and a BBC special report in 2019. Sonko’s victory in Ziguinchor, formerly run by Sall’s ally, Abdoulaye Baldé, consolidates the former’s supremacy in the Casamance region, which he won with a landslide during the 2019 presidential election despite the enormous resources President Sall and his allies injected in the region to gain popular endorsements. Since Sonko officially took office as the sixth mayor of Ziguinchor in February this year, he has taken strong and symbolic actions including Africanizing street names that carried symbols of French colonization. The public warmly welcomed this rechristening, which reflects Sonko’s pan-African agenda. Dias, the new mayor of Dakar, has promised similar initiatives.

The BBY’s defeat in Dakar remains the most resounding setback, although Macky Sall trivialized it, arguing that the capital’s City Hall was not in his hands or his political formation to begin with. He stated: “if one loses in places they’ve never won, it is not the end of the world. I never won in Dakar. In Ziguinchor it was Abdoulaye Baldé who always won. Thiès was always controlled by Idrissa Seck.” This attempt at minimizing the opposition’s momentum seemingly conceals an electoral miscalculation and/or a “misreading” of the results. If similar voting patterns unfold in the upcoming presidential election, the opposition will win the popular vote and take power. In other words, the ruling party won the majority of the municipalities and departments, but only totaled about 43 percent of the votes, a significant decline in contrast to its 58 percent in the 2019 presidential election. This is analogous to an American presidential election where a candidate could win the majority in the electoral college, lose the popular vote, but still get elected president. If BBY scored below 50% in a presidential election, this would trigger a runoff election which has proved detrimental to the regime en place as evidenced by Senegalese political history in the last two decades. Therefore, the municipal election was an undeniable loss for BBY and maybe an antecedent to the upcoming presidential race.

A key takeaway from the 2022 poll is that, in contrast to the neighboring countries that recently experienced military coups, the Senegalese democratic process remains fundamentally solid. However, this should not be taken for granted, particularly when it comes to term limits. Political clientelism and the weaponization of the judicial system and bodies (especially women’s bodies) for personal political gains also remain major stumbling blocks in Senegalese democracy. The massive participation of young contenders and calls for all candidates to prioritize young women’s agenda also made these elections historically noteworthy. This materialized into the resounding victories of YAW candidates Khadija Mahécore Diouf and Seydina Issa Laye Sambe in districts formerly controlled by BBY. Their victories are  the result of a frustrated youth vis-à-vis a regime that has failed to solve the staggering unemployment rate, corruption, injustice, and lack of opportunities. Though youth candidacies might be construed as “reactionary,” they have redefined the notions of participatory and representative democracy in Senegal. The most important takeaway is that this recent electoral cycle constitutes a warning sign for a regime that peddles the idea of a third, unconstitutional term. After defying the state apparatus in 2021, Senegalese voters have sent a strong message of disobedience and sanction via their ballots in 2022 and may have already signaled their readiness for regime change in 2024. 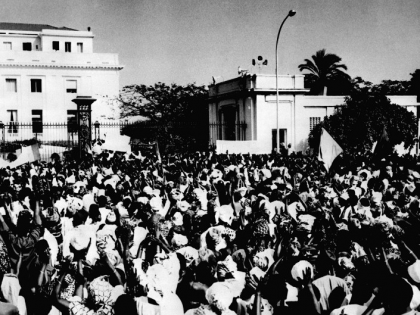 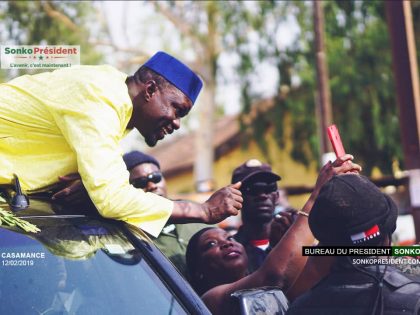 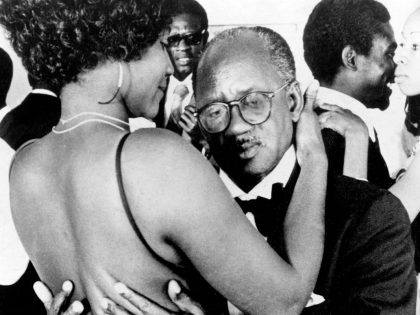 The impotence of the political bourgeoisie

Ousmane Sembene’s “Xala” (1974) is a powerful political narrative. At times edging toward the surreal, at others an acute depiction of the complexity of the freshly independent Senegal.