This Throwback Thursday post was first published the South African newspaper, Mail and Guardian, in May 2017, when Afropunk first expanded to Johannesburg. It is slightly edited here for context.

Afropunk comes to Johannesburg, all grown up. With that comes potential and grown-folk problems. The festival has its origins in a 2003 film about the experiences of black punks in a mostly white music genre. It then morphed into a message board and a do-it-yourself music festival, and has since evolved into a colossal commercial attraction (a reputed 70 000 people attended the August 2016 two-day edition in Brooklyn, New York) with franchises in Paris, London, Atlanta and, as of December 2017, Johannesburg.

Organizers and the artists are cagey about defining Afropunk. It is a feeling, we are told. It is about agency, evolution, black people “being weird,” not having to explain themselves, “part of my DNA” (that’s neosoul singer Janelle Monae), energy, liberation, individuality, a culture, a movement, a festival. It means everything and nothing.

The crucial thing about Afropunk is that both its admirers and detractors have political expectations about it. That it is definitely not like mega-festivals such as Coachella, once dismissed as “an oasis for douches and trust-fund babies”. It has something to do with where Afropunk started; the sense that its origins were associated with musical radicalism.

The neighborhood where I have lived for the past 16 years is the cradle of Afropunk. Fort Greene, a cluster of brownstones in Brooklyn, was a mecca of black creativity in the 1990s; at one point Spike Lee, Kara Walker, Chris Rock and Lorna Simpson lived here within a few blocks of one another.

But, particularly over the past decade, gentrification has transformed the neighborhood into an enclave of wine shops, “farm to table” restaurants, $20 burgers, pet spas and affluent white families.

High-rises and a branded sports arena have sprouted along its edges; the storied Albee Square Mall (immortalized in a 1988 song by Biz Markie) is now a slick, glass-walled building with fancy shops and a planned gourmet food hall. As the novelist Colson Whitehead—he used to live around the corner—wrote, sadly, of the new Fort Greene: “Is it the death of Fort Greene? It’s the death of Fort Greene.”

The evolution of the Afropunk festival can’t be separated from this process. When it began in 2005, the audacity of a festival (it included film, skateboarding and stalls) that presented 21st-century black musicians and their fans in all their complexities—not just as neosoul singers, rappers or Daisy Age retreads—got everyone’s attention, including mine.

Behind the festival was James Spooner, the director of Afropunk: The Movie and Matthew Morgan, the film’s producer. It began at a local performance hall and spilled into the neighborhood’s streets and main park. I can’t remember whether the white neighbors complained about the color or the “noise” (the usual), but by 2008 Afropunk moved to the more working-class surroundings of Commodore Barry Park, at the edge of the neighborhood in the middle of a series of housing projects and under the Brooklyn-Queens Expressway.

Even as it was being pushed to the edges of the whitening, homogenizing neighborhood, though, Afropunk was beginning to exhibit 21st-century Fort Greene contradictions. In making the transition to a mainstream festival with huge sponsors, Afropunk seemed to leave its do-it-yourself, creative chaos behind.

It was also around this time that Spooner left the festival. As he told MTV: “We will have succeeded when Afropunk is no longer relevant. Clearly we are not there yet, but I would like to believe that we are on our way. When that day comes, there will no doubt be a 14-year-old kid who flips off Afropunk and says, ‘I’m starting my own thing’, and that’s what they should do.

Spooner wasn’t talking about the future. He was talking about the then. Too many things were bothering him. At the 2008 show, he went on stage and publicly called out a band who did a cover of Buju Banton’s homophobic dancehall song, Boom Bye Bye. To quote Spooner: “Just because you play live instruments, doesn’t make you alternative.”

The organizers’ main role was to ensure that the festival was free; then they were thinking of charging people. That’s also around the time big commercial sponsors really began to make their presence felt. It was about matching “market segments” and “audiences” with advertisers and brands. “Which do black youth prefer? The yellow or the red Mountain Dew?”

By last year Afropunk was charging an entry fee. Journalists did not search hard to find residents of the surrounding housing projects who deplored this: “I wasn’t tryin’ to pay $85. If it was lower, we would have went. It’s too high,” one man told The New Yorker.

Afropunk was now faced with the clichéd conundrum every independent artist or entity messing with capitalism has to face: How do you grow, make money and not lose your soul? It didn’t help that in 2010 CNN Money declared Afropunk “the new counterculture”. It was like The New York Times declaring your neighborhood cool and happening—a clear sign that your neighborhood was cool about a decade ago.

But scaling up also brought other tensions. Over time, overwhelmingly most of the featured artists were already signed by major record labels; artists you could easily see at another festival such as Coachella: Janelle Monae, Ice Cube or Tyler the Creator (last year fans questioned his choice as a headline act, because of his homophobia). Every space is now plastered with company logos. What is so punk about that?

So is Afropunk now just a black Coachella? The quick answer is no. Coachella makes no political statement. Coachella is unabashedly commercial and owned by a right-wing billionaire who supports anti-LGBT (lesbian, gay, bisexual and transsexual) and climate change-denying foundations and organizations. In any case, very few people expect radical politics from Coachella.

You could argue that an unfair burden is placed on black artists and festivals to be political. But then Afropunk’s creators set up that expectation themselves. People expect them to be “woke”. (Remember when they removed M.I.A. as the main headliner from Afropunk London because of a perceived slight against #BlackLivesMatter?)

Since the criticism about Tyler the Creator, they have plastered the sides of stages with slogans: “No Sexism. No Racism. No Ableism. No Ageism. No Homophobia. No Fatphobia. No Transphobia. No Hatefulness.”

This is affirming for many young black people. To give a personal example, when my now 11-year-old was in a mostly white preschool and was getting self-conscious about her thick, curly black hair, young black women in wild outfits constantly came up to her and told her she was beautiful.

So can Afropunk keep walking the line between a commercial festival and a punk affirmation of blackness?

To do so it will have to find new sources of creative energy. It could do that where it lands—finding and amplifying what might be Afropunk in those new cities. So far, the outlook on that front is not promising.

The organizing for Johannesburg may still improve but a marketing email blast sent out last weekend has little that one might recognize as “punk”, and for local specificity reaches only for the kind of rainbow bromides that young black South Africans now challenge: “Modern South Africa is proof of the victory of otherness over historical precedent, and of the country’s desire to mold a society based on virtues that are at the core of Afropunk.”

Young people in South Africa who take part in struggles such as #FeesMustFall, #RhodesMustFall and attempts to deracialize housing and public space in mostly white town centers and suburbs or that their public schools in townships are under-resourced will doubtless be surprised to discover that they are already victorious.

But then, for all the grief Afropunk gets, it still manages to bring people, mostly black, together over two days for a pretty great party.

Last year’s Afropunk in Brooklyn—the first one I missed—included a set by punk veterans Fishbone, Bad Brains and Living Color, joined by George Clinton of Parliament and Funkadelic, who brought down the house and pointed to new beginnings.

I might fly in for Afropunk Johannesburg when I hear they have invited The Genuines, South Africa’s greatest-ever punk band. But they may still surprise me. 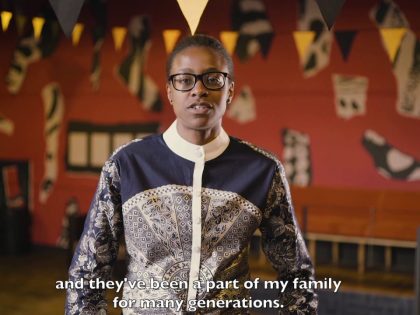 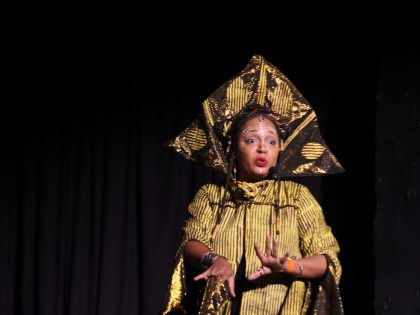 The power of telling our own stories

When we as Africans tell our own stories, we re-write the stories in the history books that our children are still taught in schools. 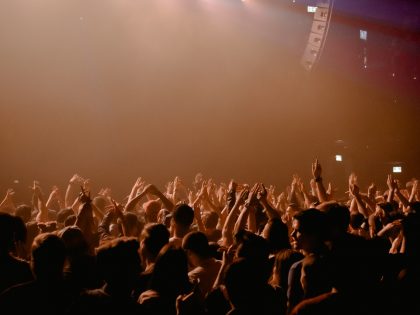 Osekre, whose music is a blend of Afrobeat and ska, on the trials and tribulations of being an African musician in New York City 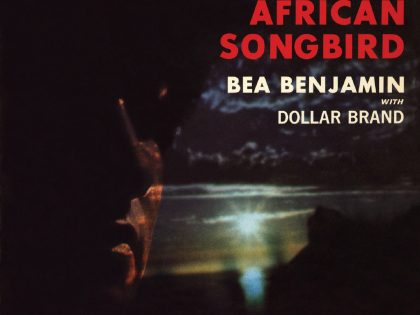 There is a time for everything: Between Afropunk and the passing of a musical legend, Sathima Bea Benjamin, is our Weekend Music Break.