“Is wax print African?” Debates about the authenticity of African print or Dutch wax as it is also called, flare up regularly, with some arguing the fabric is un-African, even Dutch. When English designer Stella McCartney was accused of ripping off African designs by using wax print in her Summer/Spring 2018 collection, some of the push back questioned whether the fabric could even be called African.

This same inquiry—whether wax print is even African—lies at the heart of British-Nigerian filmmaker, musician, and fashion designer, Aiwan Obinyan’s Wax Print Film. Interlacing interviews with makers, sellers, and wearers of African print, with narration about her own personal familial history with the fabric, Obinyan’s 2018 documentary, as its subtitle promises, takes us on a journey through “1 Fabric, 4 Continents, 200 Years of History.” In so doing, Wax Print Film makes poignant observations about counterfeiting and cultural identity.

Although wax-resist-dyeing existed for centuries in many regions of the world, the specific style that informed wax print was Javanese batik. The Dutch East Indies Company (VOC) tried to machine manufacture batik in bulk and thereby crowd out local artisans. However their factory printed cloth developed “cracks” in the wax, and subsequently in the dye, which made it unattractive to the Javanese. These same “cracks” were characteristic of African fabric, and were appreciated for ensuring that no two pieces could ever be the same. The Dutch therefore shifted their focus to the West African coast. With the help of local market women, they adapted the color palettes and patterns of their factory-made fabric to match local demands. Over the decades, designs such as “sword of kinship,” “the ungrateful husband” and “you fly, I fly” remain bestsellers because they so successfully match the tastes of their African clientele.

Today, Vlissingen & Co. (VLISCO) one of the first manufacturers of wax print for the African market in 1848, is still one of the industry’s biggest players. But fake-VLISCO prints from China also now capture significant shares of the market. Wax Print Film considers the detrimental effects that the popularity of these “modern” European and Asian prints has on the demand and profits for more traditional, locally-produced fabrics such as kente. It also asks insightful questions about the nature of counterfeiting e.g. how different, really, are the Chinese attempts to copy Dutch wax today, from the Dutch attempts to copy Javanese batik nearly two centuries earlier?

Visually, the film contains some delightful rhymes both about the wax-resist-dyeing process and about working with fabrics as a designer. Among a group of female-dyers in Ghana, Obinyan tries her hand at applying wax onto cotton fabric before it is dyed and then watches the rest of the process, right up until the batik is hung out to dry on lines outside. And later, in the Netherlands, we watch her follow this process again, this time on a much larger scale: in a factory with massive machines and wax rollers. The juxtaposition of the two processes, aptly underlines her point about how wax print has been tailored to African tastes. Although it is possible nowadays to dye fabric without cracks, the cracks are still artificially manufactured onto the fabric—in essence, she tells us, the imperfection has been perfected. Added to the cinematography, which highlights the richness of the fabrics’ colors, Obinyan’s enthusiasm for wax print and her excitement at being witness to the process of its making are infectious.

A second visual parallel exists between the stories of Obinyan and her grandmother, Mrs Elisabeth Oboh. Following the observation in an earlier interview that textile practices are intergenerational and passed down through families, it is endearing to learn how her grandmother was able to build a successful career for herself at a difficult historical period by teaching women to sew, and then to see later how Obinyan herself has made a living designing and selling clothes made with wax print.

Another nice touch, following the interviews where various Afro-descendents speak about wax print as a marker of blackness, is to watch Obinyan narrate her own struggles with identity growing up as a Black-British child in the 1980s, and to hear how the decision to proudly wear African print represented her own gradual growth and decision to stop “hiding” or being ashamed of this part of her identity.

That said, it would have been interesting to hear how young Africans on the continent, and not only in the diaspora, think about and use wax print. Though the film interviews women who make and sell wax print in Ghana and Nigeria, it does not engage any young, continental Africans on the subject of wearing wax print, not in the same way that it speaks to festival-goers at Afropunk in Paris, or Cutie BiPoC in Berlin. Given that Wax Print Film insists that the tastes and preferences of African customers shaped the fabrics’ early development, neglecting to interview present-day customers in Africa is a missed opportunity.

Between its personal reflections, observations of the industrial process, vox pop and expert interviews, historical and archival interludes, etc. Wax Print Film occasionally feels like it is juggling too much. This is particularly the case in one of its final scenes, where the director and producer, having just been through a heart-wrenching tour of the Elmina Castle, speak about the hurts done to our black ancestors through slavery, religion, capitalism, etc. These meditations on black pain, though important, seem not to have much, concretely, to do with the subject of wax print.

And yet, all this is perhaps redeemed when, at the end, Obinyan answers the question she has been asking everyone else throughout the film: “Is wax print African?” Acknowledging its multi-continental origins, she ultimately ties the fabric’s identity to the black experience itself:

“The fact is, when I walk into a room, my skin speaks before I do and people see a black person before they hear my accent and realize that I’m British too, and so it is with wax print. It’s instantly identified with Africa and Africans before people are made aware of its vast history. So academically, and historically, it’s a fusion of ideas, culture and techniques, but to me it’s African.”

Beyoncé and the Heart of Darkness

Few black thinkers and creatives in the United States seem able to grapple with the implications of their Americocentrism in relation to Africa. 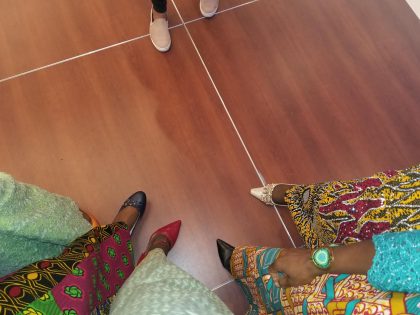 African women, both at home and in the diaspora, use beauty, fashion and other aesthetics to simultaneously celebrate, navigate and challenge social and cultural norms.

In spite of all the dressing up, it is easy to mistake Wakanda for Africa. 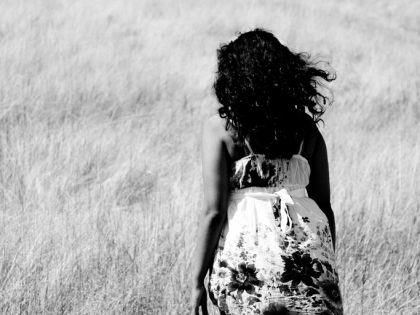 The Afropolitan Must Go

Why separate African urbanites from the rest of their cohort? How is that even constructive?