Which is to say: artists reflect society around them. There is an especially potent power in art that does this while also daring to show that the world is, in fact, changeable. With their debut full-length project, TUFF TIME$, South African duo Stiff Pap have created an intensely vivid snapshot of life as young black men in Johannesburg, set to the backdrop of a global pandemic still raging on a local level. The album  is both reflective of their context and defiantly hopeful of something better.

The  album’s ten tracks showcase the entire spectrum of Stiff Pap’s sound: a conscious ferment of hip-hop, electro and gqom colliding with a punk sensibility into a shape that they have called post-kwaito. The timing of the release is entirely apt, with a third wave of the COVID-19 pandemic cresting over South Africa. Stiff Pap are reckoning with the apocalypse at the door, and this is an urgent reminder that music is not just an escape.

“It’s important for us to acknowledge the realities of what it’s like to be in South Africa during a time like this,” explains Jakinda, one half of Stiff Pap and producer of the beats that lead vocalist MC Ayema Problem rhymes over. “We had to be what we think artists should be, and that is to reflect the times. We felt like it was important to use our art, use our platform, to express the feelings that we’ve always had—because we’ve always really been political people, but we’ve never really expressed it this much in our music. We felt that now is the time for us to speak more about that, because things are really bad right now in this country for young people, and we wanted to be a voice for the youth of South Africa, for young black people who are struggling right now. Because it is tough times. It’s tough times being young and black in South Africa.”

Having met as students in Cape Town, Jakinda and Ayema’s music quickly started a buzz in the underground, earning them some time in the city’s Red Bull Studios. They knew they would have to move to Johannesburg to further their careers; but just as they did so, the pandemic hit, sparking a reimagining of their artistic output.

“Now life hits you,” explains Ayema. “So most of the lyrics, and most of the ideas, and even the energy is based around the context of us being in Johannesburg, and having to live in a South Africa that is failing us.”

“We had to be about the times,” Ayema continues. “And especially when Covid hit, the impact of a failing government hit us hard. So it’s based on that. And also, as Jakinda said, we wanted to be the voice of the disgruntled youth of South Africa.”

The project is paired with a short film, “TUFF TIME$ NEVER LAST.” The film is a fitting centerpiece that crystallizes the howl at the heart of this album—how hard life has been during the pandemic and how the South African government has let people down when, as Jakinda bluntly asserts, “things are basically going to shit.” Both Jakinda and Ayema knew exactly what they wanted the short film to be: punk and gritty, grounded in the Jozi CBD, reflective of the group’s rebellious sound, and, most importantly, imbued with the energy of being young, black, and progressive. They also knew who might best bring their idea to life.

Director Meghan Daniels met Jakinda during the Fees Must Fall protests in Cape Town in 2015. “I had arrived at a protest and saw him across the street,” Daniels remembers. “We asked where the other was going and headed there together. We first collaborated a little while after that.”

Because Daniels didn’t have access to gear at the time, they experimented with cell phones, laptop cameras, and screen recordings, creating layers through photobooth on a laptop and producing art that spoke to “a hyper technology and information age.” The end result was a music video for Stiff Pap’s song “NNNEWWW.” “It was pure experimentation and play,” Daniels explains.

Skip forward a couple of years: as Stiff Pap were toying with the idea of pairing their new album with audiovisual accompaniment, Daniels was the obvious choice to direct. “Meghan was someone we enjoyed working with, and someone whose work we really admire,” Jakinda tells me. “So it was a no-brainer.”

“This narrative and project is not mine at all—it is entirely Ayema and Jakinda’s,” Daniels insists. “My role as a director was to do whatever I could to help bring this to fruition.”

Finding the right director, as it turned out, was the easy part. With a tiny budget to work with—Daniels was originally going to shoot the project on their camcorder—the group was pushed to think creatively in order to achieve their vision. “For example, we had permit and time limitations and couldn’t physically walk through all the streets we wanted—so we turned a taxi into a mobile stage and used that as a conduit to explore the streets,” Daniels explains. “We also made use of digital collage to create scenes we couldn’t shoot.”

“Ayema and Jakinda wanted a ‘documentary feel’ to the piece, and so we utilized various equipment and multimedia to emulate this: shooting on a cellphone and having a floating camcorder on set that anyone could use to shoot, enhancing the collaborative nature of the film.”

The remarkable result is a punked-out odyssey through the pawnshops, cash-for-gold exchanges, betting halls, Spazas, scrapyards, and urban decay of central Johannesburg, smash-cut with collaged news headlines, service delivery protest footage, and the ubiquitous flyers promising solutions to all a city dweller’s social, medical, and sexual needs. It looks like a fever dream South African grindhouse zine and sounds like Vangelis’s “Blade Runner Blues” unspooling through the Kenwood in your cousin’s CitiGolf.

“Through TUFF TIME$, we express the rage, pain and joys of moving to Johannesburg in pursuit of our dreams,” the duo’s artistic statement for the project reads. “We’ve always been inspired by the resilience and creativity of Johannesburg’s inner city youth. We’re just young artists trying to do what we can with what we have to create a better life for ourselves and our families. In our eyes, this city epitomizes that. It’s not pretty, it’s rough and it’s scary but through it all it’s beautiful. We’ve learnt a lot, we know who we are and we know what we want.”

There is an urgency to Stiff Pap’s raging against the machinery of classism, racism, and economic inequality, and TUFF TIME$ serves as a rallying call for radical change. It’s a story boldly told through the lens of the group’s growing audiovisual universe. Through this journey they find healing, struggle, and perseverance, fueled by the hope instilled in them by the generations who fought for their freedom and by their own undying commitment to their craft and each other.

This is art of the internet age, with layer upon layer of cultural exchange inflecting an idiom that is at once unmistakably authentic and entirely new. It both reflects the wreckage of the society around it and projects a defiant flyness in its face. Because even as Stiff Pap hold a mirror to a chaotic and bleak world, their art is unafraid to imagine a different future. In tough times, hope is a radical act. 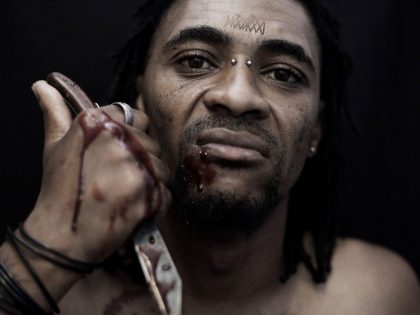 The difference between Isaac Mutant and Die Antwoord is that Mutant is the real deal. 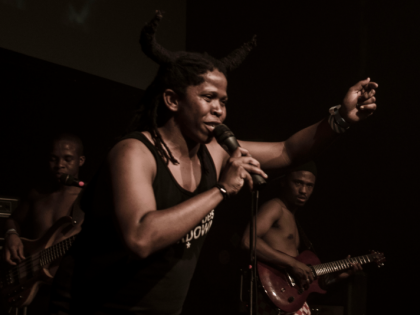 I want to play at the Voortrekker Monument

Here’s what some South African artists make of the country’s politics. 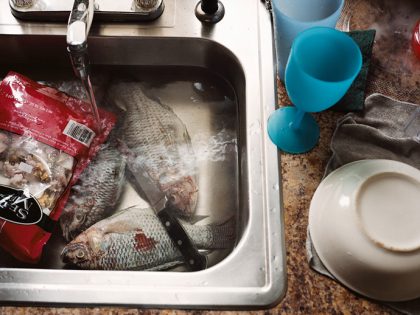 My favorite things from the last six months

I was asked to pick my “Best Six,” that is your “favorite (six) things from the last six months.”