On the scale of things that young academics cannot avoid, the circus of peer-reviewed publications, impact factors, and curricula boosting surely scores high. The goal, young academics are told, is to get articles out and place them in outlets considered prestigious, “leading in their field.”

Indexed academic journals, the scholarly reviews usually published quarterly, are hard currency in the business, followed by monographs and university press book chapters. While it’s no big secret that the market is an unhealthy oligopoly of some six dominant conglomerates (Taylor and Francis, Cambridge University Press, Oxford University Press, Springer, Routledge, and Elsevier), little collective action exists to reverse or stop this trend, whether through collective boycott or by finding viable alternatives.

Worse, even progressive universities and professors tell their graduate students that while the publishing market is uneven, unhealthy, and unfair, there is no other path to be competitive for one of the rare permanent university jobs. So far, so good. A social scientist myself, I find solace in a mix of Mancur Olson’s collective action problem and Gramscian theories of hegemony to guide my cynical, but ultimately powerless, reflection as I look at the perverse ramifications of a system I despise.

Yet, there is more, as I learned in a recent publishing experience. Having published in journals before, I’ve been lucky in navigating the obstacles of peer review. Yet, this recent paper taught me new lessons on privilege and position. As I shared on Twitter a few months ago, the piece I submitted came out of my PhD—and while some of my supervisors liked it a lot, it was rejected by two journals before it was published. The truth is, being published is no infallible judgment of quality. I have managed to get poor research published and been rejected for good research. The quality of editors and reviewers is as variable as that of our manuscripts.

So I pitched a journal considered top-notch “in my field.” One spot-on reviewer offered critical but useful feedback, and a second one less so. The journal’s editors pushed me to improve, providing extremely detailed comments. After two rounds of revisions, I was told that though my draft sat on the edge of being published, they were unable to accept it. Still, I was thankful for the learning process.

I reworked the paper and submitted it to another journal, less prestigious but considered high quality. After a long wait, I received lukewarm reviews. I resubmitted, and, having done so, I waited eight months. When I asked for updates, I got a rejection, with no explanation except that “it wasn’t in the scope of the journal” (though, curiously, it initially had been). I was puzzled, but given the lousy performance by reviewers and editors, I thought it was for the best. Bear in mind: while some journals have fantastic teams, others excel by arrogance.

Again, I redrafted and then submitted to a journal that inspires me both scientifically and politically. After revisions, editors accepted the paper. Yet, reviewer two had—in broken English—complained that my English wasn’t great. This is another recurrent issue in academic publishing: English dominates, with both good (common ground and global conversation) and less good (exclusion of non-native speakers) consequences. I told the editors that I was on a precarious contract with no funding to pay for professional editing. To my surprise, they expressed understanding and offered help in editing so that the paper could be published.

Now, what if my experience is just a sneak preview of what others experience regularly? I’m neither a rich kid nor trained in Ivy League or fancy UK universities. Hence, I don’t have the pedigree instilled by institutions with a centuries-old sense of self-bravado and a carefully crafted image of superiority. However, I am a white male who studied in a few European universities, where I learned how to play the game of pretense that dominates our business. How much worse might it be for thousands of students and researchers with different lives, backgrounds, and histories?

Academic postings and publications are a vertical affair. Sterile curricula and the right networks get you somewhere, research quality often not that much. Journals pride themselves on fostering merit-based processes by doing “blind peer review.” However, what if all that’s blind is the reckoning with inherent systemic discrimination?

Most of the time, as we review manuscripts, we have an idea about the authors who wrote them, because the work tends to be in our respective narrow fields. When we read drafts, we easily recognize degrees of style and elegance, influencing our judgments —even to the point of using broken English to bash good research because it does not measure up to our Shakespearean ideals and elite Eton jargons. How might this affect a young researcher from Francophone Africa submitting to a top Oxford-edited journal? What assurance does peer review provide to judge research presented in less assertive or less arrogant ways, as research tells us women’s writing often is? What does it offer when formatting and other formal requirements are not so flawless, whether it is because an author at an underfunded Global South university has no means to access editing services or because that person is less acquainted with the invisible codes of belonging to the scientific elites? These questions only scrape the surface of a long discussion.

Academic publishing is a stressful process to many, and there is an unhealthy balance between a peer-review process that is only in theory fair, anonymous, and non-discriminatory, and the constant pressure to publish. We should all question and critique these dynamics more publicly and openly. Being published is but one of many criteria to judge the quality of your research. It is often more a result of luck than academic skill. Young researchers not ticking all the boxes of privilege should never forget this as they write. 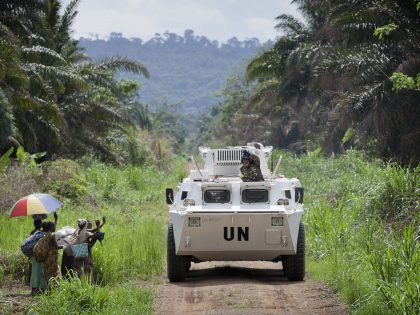 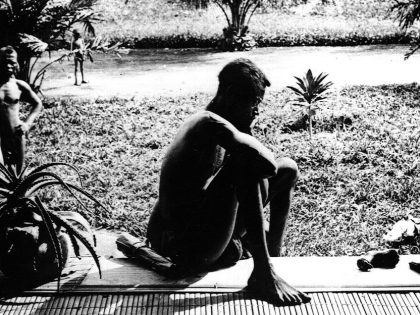 For those not familiar with academic publishing, prominent peer-reviewed journals are not expected to publish garbage promoting colonialism.

Philosophy and dancing outside the European tradition

A couple of weeks ago Hamid Dabashi’s article “Can Non-Europeans Think?” was making the usual hype motions on the web. The New York-based Iranian professor took righteous offense at Santiago Zambala’s list of the “important and active philosophers …