A group of Nigerian scholars and journalists, based in Nigeria and the diaspora, have written a letter to President Muhammadu Buhari on the current state of affairs in the country, especially the government’s “preference for heavy-handed and bellicose approach to public issues.” Yeku, the author, is a signatory to the letter.

Before the Nigerian state announced its Twitter ban on Friday, it was commonplace among internet users disenchanted by Nigerian economic conditions to speak of migrating to countries in the global north. Canada became the most mythologized of these Western locations in internet discourses, becoming the subject of many a meme and comic social media post. Of course, for the mostly middle-class Nigerian population that is online, there exists the material reality of limited means to actually leave the country, with Canada and elsewhere lingering forever as a dream deferred. Until Nigeria decided to indefinitely ban Twitter.

With Twitter’s deplatforming of Donald Trump very much in the global media memory, the ban came after the social media company deleted a tweet from the Nigerian president’s account for violating its rules. In its official statement banning the company—itself posted on Twitter—the Nigerian government pointed to “the persistent use of the platform for activities that are capable of undermining Nigeria’s corporate existence.” Twitter, in the words of the country’s information minister, is essentially “the platform of choice to destabilize Nigerians,” a reference to Biafran separatist politics. The “persistent use” argument became a reason for the violation of the online free speech of many Nigerians, an effect which also prompted the EU, US, and Canada to voice concerns over the decision.

That said, virtual private networks, or VPNs, have helped many Twitter users to circumvent what the government later termed “a temporary” suspension of the tech giant. This highlights the political dimensions and potentials of digital technologies, especially in a Nigerian context with some of the most active social media users in Africa. The techno-politics of the VPN means that activists and other netizens who express their views on Twitter, Facebook, and other public platforms can conceal their IP addresses—which would otherwise reveal their locations—behind those of their VPN servers. Meanwhile, internet service providers are left in the dark about users’ actual internet activities and locations. While VPNs offer immediate solutions to a government-regulated internet, they also happen to make the dreams of travel possible for many would-be immigrants. As people physically present in Nigeria excitedly share tweets ostensibly from Canada, Germany, and other parts of the world, they are finally able to realize their dreams of leaving Nigeria behind. Well, at least metaphorically.

Metaphors aside, there are real-world consequences to the resistance politics of the VPN. As the Nigerian government threatens to persecute digital subjects who bypass censorship and government-controlled internet networks, it recalls the state’s previous efforts to limit the purported spread of misinformation online. While fake news and misinformation are rife in Nigeria as elsewhere, this specific reason is actually an ideological façade for the government’s perennial, compulsive desire to regulate social media more generally. Never mind that the Buhari administration is notorious for what is regarded by many as a digital propaganda arm, the Buhari Media Centre (BMC) which is charged specifically to spread disinformation online.

The control of social media is why the Nigerian government reached out to the Cyberspace Administration of China to discuss plans to build an internet firewall. Like the popular Great Firewall of China, a separate Nigerian internet would give the government unfettered control over social media platforms—but there are even more disturbing implications. The alliance with China makes more legible the authoritarian dimensions of Nigeria’s president, Muhammadu Buhari, a former military dictator whose human rights record is less than stellar. Anyone who cares about civil society, free speech, and human rights must find the state’s digital silencing of its citizens worrisome. If the state succeeds in building firewalls and disrupting the protection that VPNs offer its netizens, future protests, both online and on the streets, will no doubt be different and potentially violent.

This is aside from curtailing the gains made in a country where about half of the population are still digitally disconnected. Besides the fact that the internet is a great tool for political mobilization and participation in Nigeria, it is also an important space for cultural netizenship, that is, the comedic and artistic use of memes, cartoons, and other web images to circulate political and cultural perspectives online. Even more crucial are the entrepreneurial possibilities of digital citizenship. In a country with limited youth employment, governmental control of digital platforms potentially imperils a large number of innovative young people who rely on the internet to confront their economic precarity. As of January 2021, there were 104.4 million internet users in Nigeria; the country’s internet users increased by 19 million (+22%) between 2020 and 2021. The Twitter ban, the drive to block VPNs, and the efforts to further regulate Nigeria’s digital ecosystems more broadly will inevitably limit many of these users and the economic agency they find online.

To be clear, VPNs have always been central to global politics of resistance in the age of the internet. Moreover, in recent years, we have seen the intense politicization of these networks, from Hongkong to Myanmar and now Nigeria. For instance, the private networks are the infrastructural basis for the deliberate subversion of government’s threat to punish anyone who breaks the Twitter ban law—which, frankly, is not constitutional. Many not only used VPN to continue the business of tweeting as usual, but have been mentioning government officials and politicians in tweets, while calling out government agencies who remained on the platform.

While netizens have always used VPNs in Nigeria before now, a senseless ban has given way to a new dimension of VPN culture that implicates it as a technology of resistance. And here is the stake of the Twitter ban and the various techo-political contestations around it: Nigeria’s entanglements with China mark the country’s government as an analog entity struggling to limit the power of its digital citizens. The state may eventually block VPNs, with or without China, but the resilience of its digitally savvy will still prevail. Meanwhile, traveling to Canada remains the goal of many who wish to flee Nigeria’s digital politics. 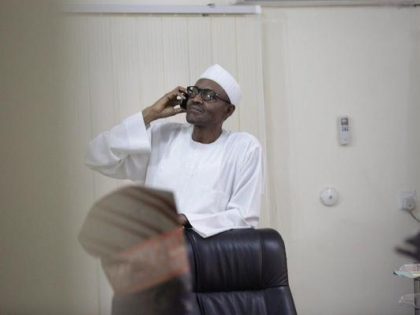 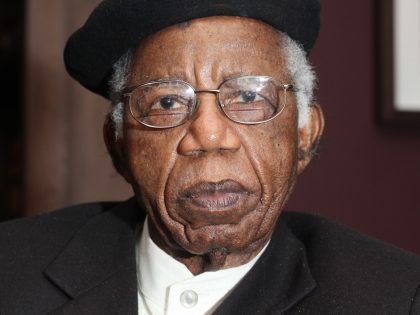 People who have lost the habit of ruling themselves

Chinua Achebe on Nigeria: “We are like the man in the Igbo proverb who does not know where the rain began to beat him and so cannot say where he dried his body.”