Last year, the Financial Times ran a piece titled, “Are tech companies Africa’s new colonialists?” But while the article focused at length on the issue of venture ownership on the continent, it did not address the underlying business models. This is important because embedded within these modalities are the logics that lubricates the machinery.

Let’s consider the emergence of rent or lease-to-own business models, whose approach and implications for debt in the solar space was recently covered by Bloomberg. These models are considered an innovation on microfinance, where the customer is able to rent or lease a product (e.g. a motorbike) with a path to ownership. While these initiatives have the potential to expand access to products and services, they also can be damaging to the customers they purportedly serve while exploiting the complexity of the model for asymmetric benefits. As a white, Western person who has lived and worked on the African continent, I suggest that the growth of these rent/lease to own businesses has in part been fueled by their rearticulated relationship to the issue of “original sin” (as dubbed by political scientist Patrick Chabal). This issue, as Chabal puts it, refers to the prior (historical or existential) quandary of whether non-Africans (specifically American and European) can legitimately speak (or, by extension, work) on the continent given the twisted nature of their relationship to it. In answer to this question, these startups have provided a response that allows for Western guilt to be completely repackaged and harnessed.

We have seen a similar dynamic in manifestations of the “(white) savior complex.” Particularly prevalent in the world of small-scale NGOs, this phenomenon is now being more broadly co-opted by socially oriented “startups,” those who fold some normative good into their mission, whether that be access to clean energy or healthcare. Ultimately, these startups propose that to address social challenges, entrepreneurship provides the most “dynamic” route—what Ory Okollo has already labeled as the one-dimensional “fetishization” of entrepreneurship.

The tech landscape in Africa is of course broad, ranging from older, more entrenched Western firms to the established tech giants of China (Alibaba & TenCent, for example) through to African-owned and led startups. However, this article focuses specifically on Western tech firms that have molded themselves on the Silicon Valley paradigm of the high-growth startup (whether that be through funding, the genesis of their founders, etc.) My argument is that this specific configuration of Western Silicon Valley-inspired start-ups focusing on rent or lease-to-own business models has been the most effective in this re-articulation of “original sin.”

There are no perfect metrics to quantify the presence or influence of these Western tech firms, but when Briter Bridges analyzed funding based on the startups’ place of incorporation or headquarters the top five countries receiving African start-up funding were: the US ($471.8 million); South Africa ($119.7 million); Mauritius ($110 million); the UK ($107.6 million) and Kenya ($77.1 million).

It’s not necessarily the case that all Westerners in this space see themselves as atoning for the aforementioned “original sin.” However, the ostensibly good purpose that has attracted them and their “impact” to the continent is not neutral and cannot be untangled from the power structures and ideologies that define what impact is necessary, or even possible. By engaging in the neoliberal paradigm of the startup itself, they are necessarily engaging in the causes of the problems they are purportedly there to solve.

The rent/lease to own model provides specific insight into the relationship between capital, time, and psyche as reconfigured in the redemptive logic of these technology companies. “An object that is mortgaged,” writes French cultural theorist Jean Baudrillard, “escapes us in time, and has in fact escaped us from the outset.” Here, Baudrillard alerts us to not only the relationship between time and consumption (and its embedded labor), but also to something more subtle: the duality of anxiety as a modulating variable for both system and individual and the uneasy equilibrium they find themselves in.

This anxiety tells us that capitalism can no longer solely be understood in terms of capital and commodity alone, but must incorporate processes of financialization: the expansion (through credit) of the financial sector into new social, economic, and spatial spheres. In the context of rent or lease to own models, it is a form of asset financing, as the main collateral on the lease or loan is the asset that is being financed. These can occur as a response to the anxiety of becoming “senile”—as Egyptian Marxist economist Samir Amin puts it— a state which leads to a greater dependence on finance (as capital shifts away from productive activities) and thus to “rent.”

The growth of the rent and lease-to-own business models on the continent can be seen as a manifestation of this anxiety as it seeks to collateralize against “untapped” markets. Arguably the financialization of the poor has been occurring for some time across Africa, especially with the growth of microfinance. The problems of microfinance have become increasingly well-documented, with mixed evidence over its effectiveness, as well as its potential psychological and social impact on those who fall behind on repayments and subsequently carry the burden and shame of debt.

It is worth noting here that the business model of rent-to-own does diverge from that of microfinance institutions, although some will sell through these institutions as intermediaries. Rent-to-own organizations do not generally charge interest at the same rate as MFIs, which is definitively a positive and when managed properly, has the potential to bring benefits. However, when operated with less integrity, even with lower interest rates, there can still be a number of negative implications for the customer. The asset is typically tied to repayment, so if there are issues with repayment, the asset (e.g., the cookstove) is often locked and eventually even repossessed. This can cause issues when the customer has already spent a large percentage of their savings on the deposit and may have less flexibility to find alternatives if they fall behind on their payments, as well as the potential social implications of having to have something repossessed. We are already seeing the technology expand into coercion: such as the ability of a lender of smartphones to lock the phone when repayment falls behind. So, in this form of asset financing, we are now seeing what the cultural theorist Byung-Chul Han has described as late capitalism’s morphing from a mole to a snake, removing limitations of time and space to a system that “creates space through the course it steers.”

As social entrepreneurship and its rent-to-own models spread across Africa, the rearticulation of “original sin” is key. This is because it functions as the glue for an unholy alliance between debt (of the consumer renting or leasing) and infinity (the space to which the object is being mortgaged; because there is no guarantee of repayment). To understand how this apparatus provides the moral currency for redemption, Nietzche and Baudrillard provide some scaffolding.

Baudrillard argues that beneath the whirl of exchange is what cannot be escaped: the negative, absence, and ultimately death, which lubricates the circulation of both credit and debt. Nietzsche suggests that because God redeemed man’s debt by sacrificing his own son, the debt could never be repaid, as that had already been done by the creditor. Within this logic of endless circulation, man will bear his perpetual sin, and as such is the “ruse of God.” Baudrillard extends this further, writing that it is also the ruse of capital, which continually plunges the world into greater debt while simultaneously redeeming it. Thus the religious universalism of “man” is co-opted by capital and harnessed for its own needs.

It is within this framework that we must understand the proliferation of startups selling on credit and finance across Africa. While in Baudrillard’s conception capital simply mirrors the religious logic of debt-to-redemption to maintain its supremacy, here, more explicitly, the debt of sin is harnessed and repackaged within the modality of capital, allowing it to reorientate its gaze from the past to the future: the infinite. This is particularly important as it allows organizations and individuals to redeem themselves through participation in capital’s new logic—because they now exist in the future, set free by the expansionist logic of capital.

The mechanics here are important, specifically that the poor are turned into financial assets through the sale/consumption of products on credit/finance. Unfortunately, startups on the continent are often building projections about how many of their customers can actually afford to pay as they sell themselves (along with their customers) into the future with skewed projections. At this point, the company can already benefit, because in the process of financialization they now have a base, or number, which can be plugged into various calculations to project their future income, worth, etc., which can then be used as the basis for raising new capital or selling the business—this itself being the basis for asymmetry.

Some of their counterparts, such as investors in venture impact funds or private equity, may present themselves as “patient capital.” But they still often bring with them the ruthless commercial pressures of growth and can be seen as already being embedded in the mesh of hyper-capital exchange. In other words, both are in a flux of speculation. When joined together, this relationship forms what Baudrillard calls “speculative disorder,” where all internal reference has been eroded. This is a function of the same logic of the (re)cycling of debt: a mirage of exchange to obscure the nothingness below. The interface with other capital allows this to be extended—meaning the projections now exist in the infinite space of speculative disorder—all the more problematic when you assess the asymmetric distribution of benefits which plays out during acquisitions where Western founders receive the majority of the benefits. And while such acquisitions are relatively rare on the continent, we should only expect them to grow as more companies branch into this space.

Of course, Western tech companies will continue to grow on the continent, and can play a role in addressing key social challenges. However, in doing so they would do well to reflect on their impact in the broadest sense, and the integrity of their approaches to ensure more equitable and sustainable benefits.

Since European colonialism first arrived, Africa has provided its best raw materials to the global North. Can African countries finally break out of this pattern? 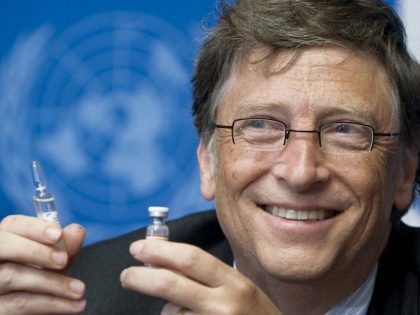