On February 16, mega billionaire Bill Gates appeared on The Daily Show with Trevor Noah to discuss his forthcoming book, How to Avoid a Climate Disaster, launched on the same day. In the book, Gates claims to describe the technologies that are already helping to reduce emissions, which “breakthrough technologies” may be needed for the climate crisis, who is working on them, and what kind of plan we will need to achieve net zero greenhouse gas emissions. Fresh from being “Mr Fix-It” for the COVID-19 pandemic, the world’s most visible philanthropist is now offering an encore performance for the climate catastrophe.

In the interview with Trevor Noah, Gates emphasized that the solution for the climate crisis is to drive “innovation faster than it would normally take place,” and to have the involvement of “more high-risk companies.” Indeed, when it comes to problems like climate change, the COVID pandemic, global health or pretty much anything, Gates seems to believe that technology fixes will offer magic bullet solutions. This ideology—it is indeed an ideology—is termed “solutionism” by Evgeny Morozov. In its simplest form, Morozov writes, solutionism “holds that because there is no alternative (or time or funding), the best we can do is to apply digital plasters to the damage. Solutionists deploy technology to avoid politics; they advocate ‘post-ideological’ measures that keep the wheels of global capitalism turning.”

In the area of climate change, one suite of such proposals that will keep the wheels of global capitalism turning—and in which Gates has enthusiastically been investing—is geoengineering. Geoengineering comprises of large-scale controversial schemes to intervene in the earth’s oceans, soils, and atmosphere in attempts to manage the effects of climate change. Many of these schemes are extraordinary—such as blocking the sun to stop temperature increases, increasing the whiteness of clouds to reflect sunlight back into space, and sucking carbon dioxide out of the atmosphere with industrial-scale fans. In order to have any impact on the climate, they would have to be done on a planetary scale so the potential risks are many: they range from destabilizing weather patterns, creating droughts and floods in Africa and South America, and acidifying the ocean, to polluting the atmosphere and locking the world into unstoppable management of the atmosphere. Many proposals for removing CO2 from the skies require huge amounts of energy, chemicals, infrastructure, and land in size equivalent to several countries. Yet crazy, inequitable, and dangerous as geoengineering may seem, it is currently been embraced by polluting industries and increasingly some governments as a supposed “solution” to an off-kilter warming world.

Gates has poured many millions of dollars in funding into geoengineering research. As Dru Jay and Silvia Ribeiro from the ETC Group have written, he is a major investor in Carbon Engineering (CE), a Canada-based direct air capture firm. He has also channeled funds from his personal fortune into the Fund for Innovative Climate and Energy Research (FICER), which supports research into solar geoengineering—schemes to block sunlight from reaching earth or reflect it back into space. Notably he bankrolls David Keith, a scientist who is proposing to spray tens of thousands of aerosols such as sulfur dioxide, into the stratosphere, to block sunlight before it reaches the earth. Keith’s current research project is the Stratospheric Controlled Perturbation Experiment (SCoPEx), an attempt to conduct an open-air test of solar geoengineering technology by spraying various aerosols into the stratosphere from a balloon. A first experimental test of equipment related to this project has been proposed in northern Sweden, and an advisory group to SCoPEx is currently ruling on whether to approve of the balloon test while major Swedish  (and international) environmental groups and Swedish climate activist Greta Thunberg have voiced their opposition. Scientific climate modelling has shown that injecting aerosols into the stratosphere on a large scale may disrupt the ozone layer and ecosystems. As Thunberg tweeted about the wrong-headedness of the Gates-backed balloon experiment, “A crisis created by lack of respect for nature will most likely not be solved by taking that lack of respect to the next level.”

In addition to its obviously dangerous effects, what is important to know about geoengineering is that those most invested in its development are the very companies responsible for causing the climate crisis: fossil fuel companies and those who invest in them. According to a report from The Centre for International Environmental Law (CIEL), oil companies have been investing in and supporting geoengineering since the 1970s. Along with Gates, the oil company Chevron and Murray Edwards, a financier of the Canadian tar sands, are also investors in Carbon Engineering. That is not all: Gates himself has investments in fossil fuels. As Silvia Ribeiro and Dru Jay write, when Gates gave a talk about solutions to climate change in 2010, he had been a major shareholder in Canadian National (CN) Railroads for at least four years, shipping crude oil from Canada’s tar sands. Tar sands operations are among the dirtiest and most environmentally destructive forms of fossil fuel extraction in the world. They generate 17 percent more carbon emissions than conventional oil. Through Cascadia Investment Fund, which Gates controls, and through the Bill and Melinda Gates Foundation, Gates has gradually increased his holdings of CN stock to 16.7% of the company. According to Ribeiro and Jay, That means that in 2019, Gates’ Cascadia and the Foundation received around US$190 million in dividends alone. His shares in CN Rail alone are worth US$10.9 billion.

Then there is Microsoft, the company Gates founded and in which he has still has about US$70 billion in stock. Microsoft has also invested heavily in oil companies, including Exxon Mobil, Shell, Chevron, and BP. Despite a recent pledge to be “carbon negative by 2030,” the company’s cloud services web site advertises “oil and gas solutions” that will “increase drilling hit rates,” “improve reservoir production” and “extend asset life cycles.” Ribeiro and Jay note that the company is in fact enabling oil companies to extract more oil.

It therefore comes as no surprise that Gates’ approach to climate change is to champion the technofixes that will enable the fossil fuel machine to continue pumping more oil. He is after all personally invested in the infrastructure that relies on their success. It is also unsurprising given the pervasive technophilia of our time, that even influential personalities like Trevor Noah whom many look to for critical analysis on global issues, would so willingly engage with Gates, offering him a platform for his climate solutionism. It would do well for us to remember that Gates is not a scientist, or a public health expert. He is a mega-billionaire who made his fortune avoiding government regulations and dominating competitors with monopolistic practices. His money is now being channeled toward a wide range of projects that are deeply unpopular among many in the global South. Beyond climate technologies, Gates is investing in controversial “extinction” technologies of gene drives, a biotechnology tool to re-engineer natural populations. This is ostensibly being developed for malaria prevention, but is being vehemently resisted by social movements in West Africa where a Gates funded project wants to test out their tools. He has also been the principal funder of the Alliance for a Green Revolution in Africa, an agricultural program started in 2006 which claims to be working for small-scale farmers but, in fact, promotes high-tech market-based industrial agriculture in Africa. A report in 2020 revealed that the program had failed in a number of ways. Rather than improving farmer’s livelihoods, many went into debt in order to pay for the high costs of commercial seeds and synthetic fertilizer. In response to Noah’s query about the injustice of Africans having to suffer the impact of the West’s production of climate crisis, Gates suggests they grow seeds that “can grow in the hotter temperatures and that are more productive.” The seeds he proposes are not the seeds that farmers are already using, but genetically modified seeds and hybrids, such as those provided by agribusiness giant Bayer-Monsanto under the Water Efficient Maize for Africa project that pushes agribusiness interests into African farming. Groups like the Alliance for Food Sovereignty in Africa have been fighting against the growing corporatization of agriculture and for people’s alternatives, such as agroecology.

Mainstream media has been all too willing to uncritically engage Bill Gates’ preferred image as a well-meaning nerdy philanthropist in a cuddly sweater—offering him countless opportunities to share his “expertise” and promote his technofixes. It’s time to look beyond the rhetoric of this billionaire philanthrocapitalist and listen to those who realize that climate change will only be “solved” when we begin by identifying its primary cause: capitalism. 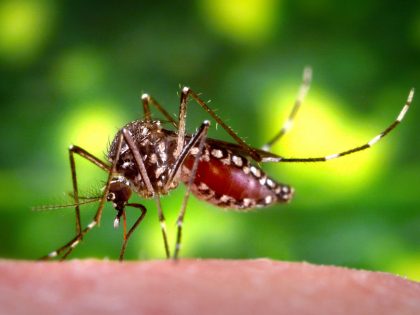 The hubris of western science

The tendency of science and research in the Western world to treat issues in isolation, as if one part has no relationship to larger webs of complex interconnection.