More than 20 years ago, a series of battles over a six-day period between Rwandan and Ugandan forces erupted on the soil of the Democratic Republic of Congo’s third largest city, Kisangani.  Commonly referred to as the Six-Day War (June 5-10, 2000), the violent mutiny also occurred during the broader national context of the Second Congo War (1998-2003), considered to be the largest inter-state war in modern African history. The war in Kisangani led to the death of more than 1,000 people, injuries to 3,000, widespread property damage, and the civilian population feeling the legacy of this warfare even decades later. While the story of the war has primarily been recounted through analysis of the country’s conflict dynamics and polarized regional politics, Dieudo Hamadi’s film Downstream to Kinshasa uniquely centers the mobilization by survivors of the war and their 2018 journey to the nation’s capital demanding their victim reparations from the government, which they have yet to receive.

It is worth noting that in 2002 the DRC filed for relief with the International Court of Justice (ICJ) against Rwanda. The application was dismissed by the court. In 2005, the ICJ found Uganda guilty of aggressions and entitled the DRC compensation for “acts of looting, destruction, removal of property” and other unlawful acts committed by Ugandan troops during the war. The DRC initially demanded $10 billion in reparations, which was contested by Uganda. Both states are still in the midst of negotiations.

Hamadi, being from Kisangani himself and having lived through the Six-Day War at the age of 15, carefully threads a type of memory work effort into the documentary as discussing the war has become taboo within the town. Aiming to resist against the silencing and politicized forgetting of the event, the documentary opens with a gathering of the Six-Day War victims’ association and a chilling shot of a mass grave where thousands of dead lie. One of the association’s leaders articulates the suffering of the victims, and the stagnant response of the town’s leaders when they have inquired about their compensation money over the last 20 years. He ends the meeting with: “We need to make them understand that our patience has reached its limit.”

The Chairman suggests that if the group were to travel to the capital and speak with national leaders, they would have a better chance of being heard and finding solutions. With many of the association members being amputees or physically disabled as a result of the war, we are offered a glimpse into their quotidian struggles, with closeups of their prosthetics, crutches, and wheelchairs as they go about their neighborhoods and homes, and as they brainstorm how to logistically make their way to Kinshasa for the first time.

The group decides to take a barge along the River Congo, tightly packed among hundreds of other passengers and merchandise with only thin, unsteady tarps for protection from the elements. Both figuratively and aesthetically, the shots of this boat ride are central to the documentaries’ unfolding. Hamadi alternates shooting banal exchanges among travelers with wide shots of the serene river flow, more intimate discussions, and closeups of the members’ blank expressions looking out at the water unsure of what lies ahead. The journey is made even more treacherous as the group gets caught in turbulent wind and rainfall, even getting hit by another boat. The ride is perilous and unpredictable but fundamentally a testament to the desperation one arrives at when patience wears thin.

Another original stylistic feature of the film is how Hamadi briefly cuts away from the journey to show the victim association’s theater troupe performing on stage. With zeal-filled monologues and intense stage lighting, the theatrical piece offers a cathartic space for the members to recount parts of their personal stories of survival on their own terms.

Once they arrive in Kinshasa, the association members are faced with obstacle after obstacle in trying to plead their case to authorities. The 2018 election is the backdrop as political rallies and posters of former presidential candidates, such as Martin Fayulu, are shown as well as President Tshisekedi’s “victory” later on in the film. The group visits the national parliament building to ask to speak with an MP. They are repeatedly ignored and told by police officers to leave despite their persistence in demanding to claim their rights. As representatives leave the building one by one, the association holds a demonstration on the steps, shouting: “Why aren’t you doing anything for us?” and “We’ve lost everything.” They are ignored by the MPs. This repeats at the MONUSCO headquarters where the group are barred entry and told by an official that the war does not concern the United Nations. Chairman Lemalema even confronts the armed police and asks: “If you had fought the Rwandans, would we be like this?”  It is in these scenes that we witness not just a message about the Six-Day War, but about the insensitivity of the Congolese political class even with the population’s suffering quite literally being brought to the doorstep of their workplace.

The emphasis Hamadi places on the journey to the capital, and the site of potential political transformation on which the country’s future rests, speaks to a larger question of what it means to journey toward the change one wants to make happen in the face of physical and institutional constraints.

The victims’ association symbolically morphs into representing the Congolese nation as the lines between their “victimhood” experience and the plight of ordinary Congolese become blurred.  Despite not successfully obtaining the reparations (in what Hamadi himself describes as having been a somewhat naive endeavor), the trip serves as an important initiation for the victims’ association in the development of their consciousness on the state of the country. It exposes that the absence of reparations for their suffering during the war was always a thread within a larger web of historical governance that has failed to prioritize its constituents.

In this way the journey isn’t totally inconsequential; one can hope the awareness brought to them can positively inform and shape future organizing efforts for survivors navigating the constant struggle with the DRC’s institutions. Hamadi challenges narratives seen time and time again by striking a balance between focusing on the state’s unquestionable lack of political will without telling a story of Congolese war survivors solely as victims of inaction or victorious activist heroes. As the film shows through the group’s treacherous journey, tangible outcomes such as election results or receiving reparations are not nearly as instructive as the details of the processes that lead up to them.

The violence of the Six-Day War still lingers in national memory, hostility, and the framing of conflict history for many Congolese. Writer Jason Stearns in his book Dancing in the Glory of Monsters has even described Kisangani as “the graveyard of Rwandan and Ugandan reputations.” While the historical roots of this particular wave of the conflict can be attributed to 1990s Kagame-Museveni personality politics, regional power struggles, and the diamond trade in Kisangani, much of the present-day outrage still comes from the lack of accountability observed since then. Dieudo Hamadi’s Downstream to Kinshasa is bound to feature as one of the most thorough records against the collective amnesia around the Six-Day War and its aftermath in contemporary Congo. 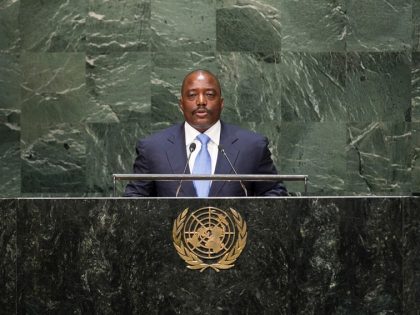 Until Joseph Kabila publicly recuses himself from running for a third term, many Congolese will be suspicious of any dialogue proposed by the government. 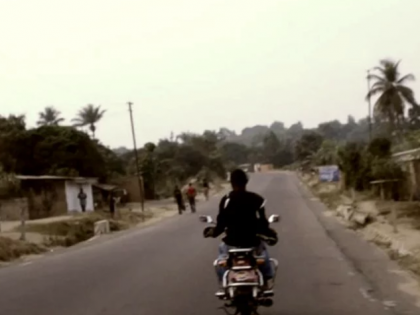 In Search of Freedom 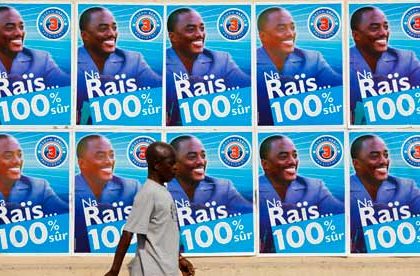 The ‘safest option’ in Congo

For all the huffing and puffing in the West about the DRC’s cooked elections — President Joseph Kabila “polled” 49% and the Electoral Commission, stacked with Kabila cronies, “gave” opposition candidate Etienne Tshisekedi 32% of … 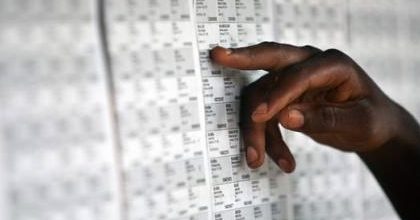 Over the past week, it was hard to find an article published in a major international press outlet not looking at the build-up to today’s presidential elections through the lens of fear and/of violence. With …