January 26, 2021 marked 30 years since the capture of Mogadishu by opposition forces and their overthrow of the pre-war government at the dawn of Somalia’s civil war. Decades of conflict have left innumerable visible and unseen scars on the city and its inhabitants. An ancient African city once known as the “Pearl of the Indian Ocean,” Mogadishu was previously a prosperous part of the many sultanates that burgeoned along the coast of East Africa. Also known as Xamar, for a millennium, the city’s openness, ordinary cosmopolitanism, and lure of opportunities have attracted people from the Somali hinterland and beyond.

Migrants from across the Middle East, particularly southern Yemen, and South Asia added to the cultural richness and unique allure of Mogadishu that distinguished it from other East African cities. Some of those migrants brought with them architectural gifts in the shape of cylindrical minarets that resemble those one may see in Persian cities complimented by the local, white coral stone buildings that dominate the coast of East Africa.

At their height between the 13th and 16th centuries, Arab and Portuguese chroniclers described the cities of the Benadir Coast, particularly Mogadishu, as affluent and powerful centers of trade. In modern times, Mogadishu was occupied by the Italians who colonized southern Somalia during the “scramble for Africa” in the late 19th century.

During the golden age of Somali music in the 1970s and 1980s, Mogadishu was renowned as the region’s pre-eminent cultural hub given its roaring nightlife and thriving arts scene. Among many others, this milieu gave rise to the enchanting melodies of the Waaberi and Dur-Dur bands, which were carried to airwaves and audiences near and far. Packed nightly concerts would symbolically unite leisure-seeking Somalis from all walks of life at the iconic Al-Uruba Hotel and other reputed establishments in the old city of Xamar Weyne.

Those histories live not only in the collective memory of Mogadishu’s people but also are edged into the architecture of those bygone eras, especially in the old quarters of Xamar Weyne and Shangani. Pre-war Mogadishu was a diverse city characterized by a confident openness to the world. Two decades of civil war and ongoing insecurity reduced large swathes of the city to rubble and made Mogadishu synonymous with anarchy. However, the delicate stability of the past decade and progress in reconstruction have made life in the city more accommodating for its inhabitants and more attractive to others, including those who once called it home.

A tale of four cities

Mogadishu, as many of its residents will tell you, is a city of contrasts marked by deepening spatialized inequality as seen by the emergence of four socio-economic sub-cities. There is City 1 in Xalane, the secure “green zone” near the airport where the diplomatic, peacekeeping, and humanitarian missions are headquartered. This is a city unto itself, where only a select few may visit or live for security reasons. City 2 is the “Xamar Cadey” (Xamar the Beautiful) of gleaming new hotels, and comfortable condos and villas next to an increasing array of shopping malls and souks. This is the breezy city of world class beaches and excellent restaurants serving Italian dishes given a Somali rendition. Then there is City 3, the numerous neighborhoods with difficult living conditions and where the working and lower classes of Mogadishu reside. And further still, there is City 4, the sprawling internally displaced persons (IDP) camps on the outskirts of town where nearly one million IDPs, mostly from the riverine regions of southern Somalia, live. Connecting these four cities within Xamar is a network of roads, sometimes surrounded by blast-proof concrete walls and often plagued by heavy traffic, security closures, and violent attacks.

Anxieties in an emerging post-conflict city

Though many often use the term “post-conflict” to refer to the current juncture, the actual socio-political situation in Mogadishu is one of an emerging post-conflict context. For one thing, residents continue to live with insecurity as a result of local, regional, and global contestations over the fate of the city and the country. Sometimes, this creates considerable anxiety not only about one’s personal safety given regular incidence of violence, but also about the ambiguities of a shifting political situation. As a result of clan-based internal regionalization, an incipient question has been whether Mogadishu should be part of a regional state. Other salient questions relate to issues of class and culture. As thousands of diaspora Somalis have returned to the city in recent years, those who have stayed during the civil war have begun to resent their political and economic domination and third culture. The sizeable urban poor also feel left out of the prosperity of City 2, not least by the rising cost of living, and sometimes wonder: whose Mogadishu is it anyway? Moreover, the frantic rebuilding of the last decade has hurt the city’s fragile architectural inheritance, with the demolition of historically significant structures in the old quarters and the construction of a mishmash of taller buildings and shopping centers in their place—a trend that has concerned many. If Somalis want to sustain momentum in national reconstruction, economic development will need to be balanced with careful efforts to build a socially just and durable peace, which includes the upkeep of tangible links to Somalia’s long history.

Throughout the civil war of the 1990s, Mogadishu was divided by a “green line,” which separated the south and north of the city. It was the scene of fratricidal clan-based violence that killed and displaced untold thousands and destroyed much of the city’s infrastructure and distinctive openness. In the late 2000s, most of Xamar’s inhabitants fled a brutal Ethiopian occupation that indiscriminately bombarded the city. Since then, Mogadishu has risen from the proverbial ashes of destruction from decades of war. Within the city, you will find people from every region of the Somali territories of the Horn of Africa as well as from the large Somali diaspora. You can hear young people in cafés speaking different accents and dialects of Somali as well as English, Swedish, Dutch, French, Arabic, and many other languages. In addition, many Somali refugees living in neighboring countries have recently resettled in Mogadishu. As in the past, the city is receiving a small but growing number of refugees from the Middle East—Syria and Yemen, for example—and migrants from parts of South Asia (Bangladesh) and East Africa (Kenya). Today, Xamar is slowly re-emerging as an important commercial center, as well as a meeting place of people, cultures, and ideas in the wider region. Nevertheless, this resurfacing openness is not, as mentioned, without challenges, ambiguities, and anxieties. As an emerging post-conflict city, Mogadishu will need continued dialogue, openness, and hospitality if it is to once more be the “Pearl of the Indian Ocean.” 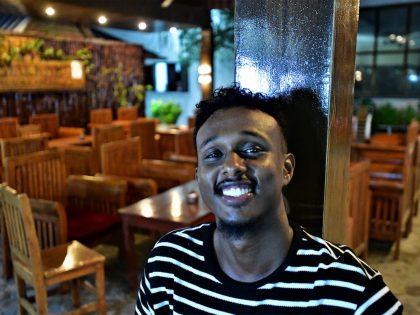 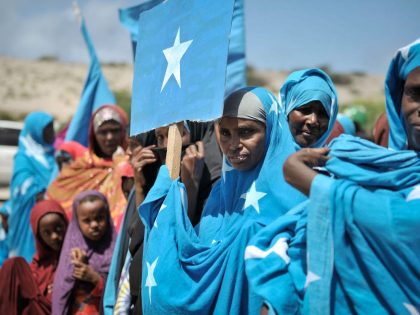 There is considerably less sustained outcry on social media about African life in relation to ongoing forms of structural violence that may be more mundane but just as deadly. 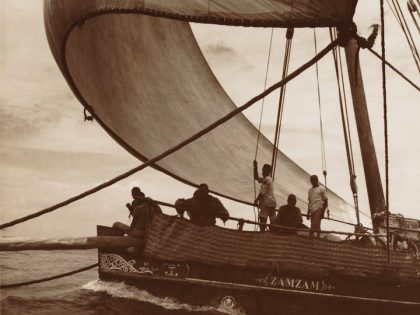 Cameras and the Indian Ocean

In 1883, the Sultan of Zanzibar, Barghash bin Said, commissioned a camera obscura room in the tower of his new palace, the House of Wonders. Royal family members were early enthusiasts and collectors of photographs, part of …