For far too long, the global refugee situation has been misconstrued as static, with certain parts of the globe generating disproportionate numbers of refugees and others perpetually faced with the burden of hosting displaced peoples. In particular, Africa is seen as a producer rather than a receiver of refugees. To be clear, Africa is not a continent that feeds the world with refugees any less than it hosts them. Although Africa is seen as exceptional in terms of global refugee networks, the factors accounting for refugee crises can bedevil any region at any point in time. These factors include war, natural disasters, political upheavals, military coups, civil strife, religious or cultural persecutions, personal circumstances, economic hardship, terrorist activities, and many more.

African countries, as much as any other, have taken turns in both generating and hosting refugees, and if history is any measuring rod, will continue to do so. It is the African refugee equilibrium, a phenomenon whereby a country that at one moment in its history is feeding its neighbors with refugees can become, at another moment, the receiver of refugees from those same neighbors. Africa isn’t just feeding the world with migrants and refugees but is top on the list of hosts. As per the UNHCR statistics of 2018, 30% of the world’s 25.9 million registered refugees were being hosted in Africa. Yet, the numbers of Africans who make their way to the West as refugees and migrants occupy the headlines of international news, painting the continent and the people as a miserable “sea of humanity,” perpetually flooding the rest of the world, especially North America and Europe.

Examples of how Africa has been mutually hosting its own refugees and taking turns are unlimited. The regions of Central and West Africa have particularly exemplified the concept of the African refugee equilibrium, with many nations taking turns in generating and hosting refugees. Even in the days when it suffered refugee and migrant crises, few Equatorial Guineans left the continent; the vast majority fled to nearby Cameroon, Gabon, and Nigeria. During the First World War, the German colony of Kamerun fed the Spanish colony of Guinea with tens of thousands of refugees. But in the 1970s, Cameroon, in turn, hosted about 30,000 refugees from Equatorial Guinea. During the Nigerian Civil War, Nigeria fed several of its West and Central African neighbors with tens of thousands of refugees, including children, who ended up in countries such as Gabon and Ivory Coast. The post-civil war era has seen Nigeria host hundreds of thousands of refugees and migrants from its neighbors, even while Nigeria itself simultaneously feeds some of those neighbors with a new category of refugees.

West and Central Africa are not unique in this exchange. Since the 1960s, nations in East and Southern Africa have taken turns between hosting and generating refugees. In East Africa, the Kakuma refugee camp in the northwest of Kenya currently hosts about 200,000 refugees from more than 20  neighboring countries, including refugees from Ethiopia, Somalia, Sudan, South Sudan, Uganda, Democratic Republic of Congo, and Burundi, to name but a few. Uganda, which has sent refugees to its neighbors, including Kenya, hosts its own refugees and refugees from others. Uganda’s Bidibidi refugee camp currently ranks the second largest in the world.

Perhaps more interestingly is the fact that besides mutually hosting its own refugees, Africa has hosted refugees from other continents, including from Europe. While examples abound, a few here will suffice. During the late 19th century and the 20th century in the midst of anti-Semitism, a significant number of European Jews entered North and Eastern Africa as refugees, with some settling in as far as South Africa. On the eve of the First World War, there were already more than 40,000 Jewish migrants and refugees settled in South Africa. In the 1930s, South Africa again received more than 6,000 Jewish refugees from Nazi Germany. During the Second World War, in excess of 20,000 Polish refugees, who had been evicted from Russia and Eastern Europe following German invasion, were received and hosted in East and Southern Africa, including in modern day Tanzania, South Africa, and Zimbabwe. In the 1960s, the crisis of war and decolonization in the Congo caused the flight of several thousand whites from the Congo. They were hosted as refugees in a number of African countries, including South Africa, Congo-Brazzaville, Angola, the Central African Republic, Tanganyika, Rwanda, and Burundi.

The examples provided here only scratch the surface of the African refugee equilibrium, but they each demonstrate that we must pay attention to historical antecedents in refugee studies. In other words, we need to historicize African refugee studies. Only by so doing can we fully appreciate the important and diverse role that Africa plays. This approach clearly shows that if our neighbors are currently facing a refugee crisis and turn to us for assistance, we must view them with respect and compassion; it could soon be our turn and we could need them.

There are constant examples across Africa where our lack of knowledge of our own shared refugee experiences or sometimes outright denial of history continues to inform the way we treat fellow Africans with disdain and hostility. Xenophobia (better known as Afrophobia) in South Africa is just one example. The African Centre for Migration and Society (ACMS) has carefully documented xenophobic attacks against other African refugees and migrants in South Africa since 1994, establishing several cases where in many South African towns and cities, South Africans attacked, injured or even killed African refugees and migrants. If only an average South African knew that not too long ago many African countries were safe havens to many of their countrymen and women during the anti-Apartheid struggle, they would think twice before unleashing xenophobic attacks against other Africans. Even across West and Central Africa, there have been several instances of both civilian African populations and their governments treating other African refugees in their countries with unbelievable hostility. When oil was suddenly discovered in Equatorial Guinea in the late 1990s and early 2000s, Equatoguineans and the government alike, quickly forgot their shared refugee and migrant history with Cameroon, and began a series of hostilities against Cameroonian refugees and migrants who came to Equatorial Guinea for “greener pastures.” An informed knowledge about our collective refugee and migrant experiences would go miles in ensuring that Africans and African governments treat other African refugees and migrants in their countries in a friendlier and more accommodative fashion.

There is, however, hope on the horizon. Africanists are increasingly turning their attention to refugee studies and the African refugee equilibrium. Two special issues are forthcoming in the Canadian Journal of African Studies and in Africa Today, both of which showcase Africa’s shared and diverse refugee and migrant experiences. These issues are part of the efforts to redress the image of Africa and the misconceptions surrounding the continent regarding migrants and refugee movements.

What all of these means is that it is only a matter of time before the static image of African refugee dynamics and the African refugee equilibrium will displace these ahistorical ideas.

From war-torn Europe to colonial Africa

While World War II was ravaging Europe, thousands of Polish people found a safe haven in British colonial Africa. This forgotten history shows us that migration patterns are constantly changing. 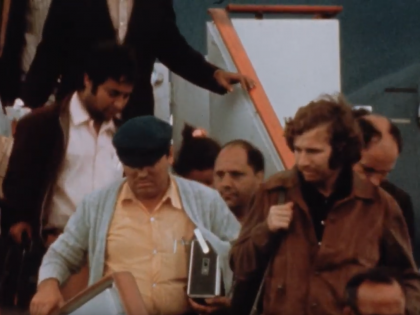 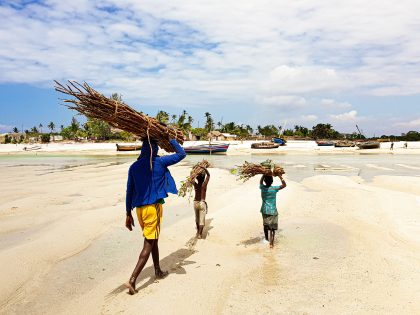 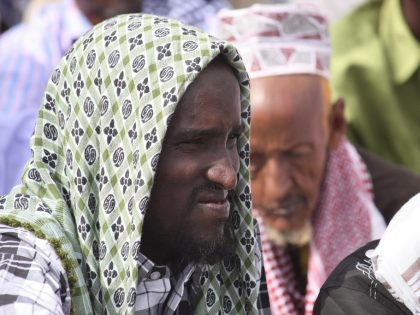 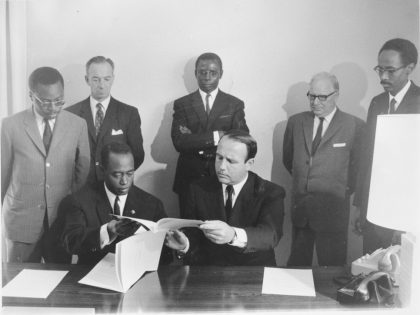