“You are an older person, who is 50 or 80 years old, and you are mixed with youngsters of 18, 20 years who are your children or the age of your grandchildren,” explained Lamin Korta at The Gambia’s Truth, Reconciliation, and Reparations Commission (TRRC) earlier this year. He continued his description of the conditions in the infamous Mile 2 prison: “You are lying down inside the same cell, you go to the toilet in the same place…that is despicable and no one can say its humane in a normal society.” While the administrators of the TRRC’s public hearings often focus on human rights as defined by the United Nations and international covenants, the commission has also emerged as a space, albeit imperfect, for Gambians to express their own ideas of what constitutes a violation of a human being’s basic rights.

Nigerian scholar Bonny Ibhawoh is among those who suggest that pre-colonial African societies had their own indigenous rights traditions that could be said to constitute human rights paradigms. While he points to significant overlap with the post-World War II rights regime, he also highlights a focus on the elderly as well as a more collective understanding of rights and responsibilities. These are reflected in the Kurukan Fuga, thought to have been established by Sundiata Keita in the 14th century, which in addition to sanctifying life and establishing special protections for women and children, also dictates social relations intended to preserve peace and harmony. The Gambian scholar, Aboubacar Abdullah Senghore, points out that Islam also brought its own moral code and court system, which can be seen as a human rights discourse. While there are universal ideas about the inherent dignity of all human beings, these are always filtered through every societies unique value systems, resulting in slight differentiations in how those rights are expressed and enshrined.

The Gambia’s first President, Dawda Jawara, signed onto the emerging post-war international human rights order, especially the focus on civil and political rights, with gusto. However, in July 1994, the country’s respected place in Africa’s human rights landscape was shattered when 29-year-old lieutenant Yahya Jammeh seized power. Although he initially presented himself as standing up against Jawara’s corrupt administration, Jammeh built a brutal authoritarian state that grew more capricious with time. Hundreds of people were arbitrarily arrested and detained. Dozens more suffered horrendous torture and others were brutally murdered by a secret hitman squad, their bodies unceremoniously dumped down a well. Jammeh himself is credibly accused of a litany of crimes, including rape. While he publicly built a seemingly progressive gender and youth politics (cynically designed to entrench his own rule), he framed human rights as a Western tool to deprive Africans of sovereignty, and threatened Gambians who focused on human rights with death.

By the time Jammeh was finally dislodged in January of 2017, truth commissions had become part of the checklist for countries emerging from conflict or authoritarianism. Drafted by the then minister of justice, Abubaccar Tambadou, the bill that established the TRRC centers post-World War II international understandings of civil and political rights, listing torture, unlawful killings, sexual and gender-based violence, enforced disappearance, inhumane and degrading treatment, arbitrary arrest, and detention without trial as the crimes under investigation. The hearings have been divided into thematic sections—muzzling of the press, attacks on opposition politicians, sexual and gender-based violence and so on—which further centers this outlook. The counselors themselves (the people interviewing witnesses) are lawyers who generally focus their questioning on these crimes.

Yet, the truth commission has emerged as a place where every day Gambians express their own understandings of what constitutes a violation of their humanity. As the quote at the beginning of this piece illustrates, Lamin Korta, a prison officer at a facility where numerous inmates were tortured, denied medical treatment, and ultimately killed through negligence, saved his harshest criticism for how the elderly were treated. (It might shock him to hear that in prisons across the US and other so-called developed societies elderly inmates are subjected to the same degrading treatment as other prisoners.)

Another telling moment came during the testimony of Binta Kuyateh, a farmer and petty trader from the rural town of Brikama Bah. During the 2011-2012 election cycle she was arbitrarily arrested and detained, most likely for being a member of the opposition party. Last year she testified that when she was asked to bathe, she was told she would have to do so in front of a younger (female) prison officer. She said she absolutely refused to strip naked in front of a younger woman, choosing instead to forgo washing herself for her 23-day arbitrary detention. Similar stories have been told by other elderly women who expressed outrage and shame that their rights, and privileges, as elderly women were robbed from them in the most humiliating of ways.

Popular ideas about basic rights are also revealed in stories of resistance. In 2006 Duta Kamaso, a parliamentarian known for her independent streak, was arrested and detained without charge. She described how while in detention she appealed to the guard, a young man, to let her pray outside the cell. He obliged, and in deference to her age, gender, and status, told her to spend the rest of the day outside the cell sitting with the other officers. In another case an officer with the National Intelligence Agency refused to arrest a woman who was still nursing her child, forcing local police in the small town of Janjanbureh to call in other agents from the capital.

Similarly to what Abena Ampofoa Asare notes in her fascinating study of Ghana’s National Reconciliation Commission, political violence seemingly targeted at a single individual is often expressed in terms of the ripple effects through loved ones. Alhagie Nyabally, a student leader and teacher who witnessed the massacre of students in April 2000 and was later arbitrarily arrested multiple times, eventually fled to Senegal in 2007. During his testimony he expressed his exile not only in terms of the suffering he endured, but how his wife’s thesis was disrupted, their children were denied an education, and his extended family members had to return to their villages in rural areas. Other survivors describe similar experiences—education denied, marriages broken, and the general breakdown of social relations—as a violation of their rights. Articulating human rights abuses by how they disrupted wider families is common at the TRRC, and suggests a more communal, as opposed to individualistic, understanding of how someone’s basic rights as a human being are violated.

It remains to be seen whether these articulations will be codified in the final report or recommendations at the end of the commission. While the TRRC provides space for multiple rights discourses, there is still a hierarchy in terms of which rights are given more attention. As in other truth commissions, just talking about what happened in the past does not ensure that it will not happen again. That being said, bringing different ideas about human rights together in a privileged place and broadcasting them to the nation might help give all of them more currency. As The Gambia seeks to reform its institutions, incorporating a more holistic vision of human rights that reflects the rich philosophical and cultural norms of the country could help bridge the gap between people’s needs and governance systems that tragically still fail the majority of citizens. 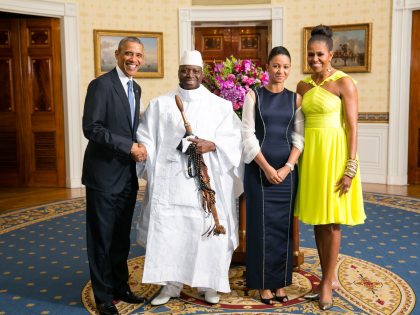 How the Jammeh regime reproduced power in Gambia for more than two decades. 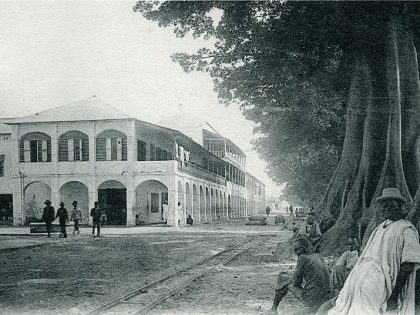 A Social History of the Gambia

An archive – stretching from 1820 to 1960 – of civil, police, and criminal records in colonial Banjul. 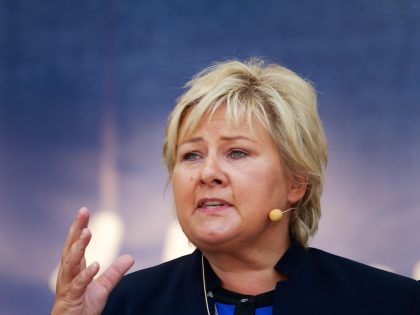 There is a long-standing Norwegian tradition of externalizing racism, so that anti-black racism is always and inevitably located elsewhere. 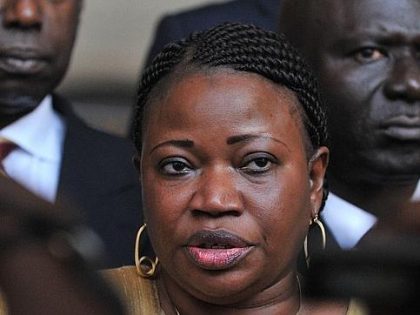 About a week ago, the International Criminal Court announced that Fatou Bensouda would succeed Luis Moreno Ocampo as Chief Prosecutor. This could be big news, but you wouldn’t know it from The New York Times, …