You are meant to feel.

This is a maze of triggers. An exploration of intimate carnage. A dizzying, haunting walk.

And, it is necessary.

Men Lebsa Neber, meaning “what she wore” in Amharic, features the clothes of rape survivors worn at the time of sexual assault. The clothes of these sixteen survivors, young girls aged seven to twenty, are hung as a provoking encounter. A royal blue dress with emerald green flowers. Loose, slinky grey trousers paired with a coffee-colored blouse. A bright red t-shirt. A lone dangling scarf. A sky blue hoodie. A brown striped polo and a green skirt with polka dots at the trim. A fuchsia cardigan. A torn marigold skirt. A dress swirling with apricot and violet. There is nowhere to hide. And maybe this is the point. The installation is a call to confronting our collective demons in flesh and in fabric.

The clothes hang alongside the harrowing stories of what these young girls have survived. Each testimony was collected through conversations with survivors at safehouses—temporary communal shelters providing food, physical and mental healthcare and skills training at a transitionary safe space for survivors—in Addis Ababa, Adama, and Bahir Dar. Told in a sobering and confronting first person narrative, the prose cripples as it awakens, as the survivors recount the details of this intimate violence.

Organized by Setaweet, a feminist movement in Ethiopia, in collaboration with the Swedish Embassy and UN Women, Men Lebsa Neber is a jolt of truth to the savage mentality which snarls that what we put on our bodies is the reason for rape.

The clothes were originally hung around the walls of the Addis Ababa Museum, hovering above the Ethiopian capital’s central square, and witnessing by hundreds who passed through its grounds each day. Then the exhibit began to travel. “We thought, if we’re able to expose this many people in Addis Ababa,” said Alexander Yohannes, a project manager with Setaweet, “Why don’t we show this to the whole country?” Filling university halls, public spaces, and open streets across Dire Dawa, Gonder, and Welayta Sodo, the movement of Men Lebsa Neber was only halted by a pandemic.

The blame is always on the survivors, not the rapists,” said Yohannes. “We wanted to use the exhibit to abandon this kind of mentality.”

The installation continues to give birth to new conversations and new projects, including a helpline for gender-based violence known as Alegnta, meaning “confidante” in Amharic, that has been developed by Setaweet to provide psychological support and referrals to nearby counseling for anyone in Ethiopia experiencing gender-based violence; feminist movement-building across Ethiopia’s regional universities; lobbying for legislative change on domestic violence; and media campaigns against sexual violence.

So, while Men Lebsa Neber is a tour of agony, the heartbreak incites action to demand new vocabularies, transformative engagements and mentalities, louder movements and emancipatory legislation, which together echo and reverberate that the body is sovereign territory, and no piece of fabric will ever change this.

The responsibility of media to women

Most men in South Africa share the same ideas about manhood that fuel assaults against women. The media should keep the spotlight on that. 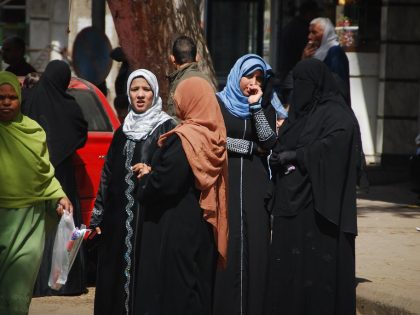