We are in exile from the world, living in a sort of home arrest which is also a sanctuary. I am bewildered by this collective normal; I can’t believe what is happening “out there.” However, I am at peace; home lends me a certain safety. Going out into the streets is unpleasant, with its shifty faces, distancing, and mistrust. “Outside” no one wants to be near anyone, and “inside” I decree solitary spaces for my three sons. Living together, 24 hours straight under the same roof, is delirious. I ride an emotional roller-coaster while creating routines as mother, coach, teacher, cook, and radio presenter.

Overwhelmed by sorrow, I think of these deaths. They’re far from anonymous—I know these faces they portray. Little by little, the pain of distance turns to fear. I only want to talk about what’s happening, while I long to be back in the world we’ve left behind. Those who are gone will not take part in the odyssey of what is yet to come.

This confinement routine will be succeeded by others, but things will never be the same. Again we’ll adapt, we’ll obey in order to stay healthy. I listen closely now to my body, I am aware of this mass I am made of, and look for symptoms. Paranoia is my friend since as Achille Mbembe says, “the pandemic democratizes the power to kill; now we all have the power to kill.” So my body is a weapon with the power to kill while it is ready to be slain. “The way we think of the future will also change, suddenly we don’t know what tomorrow will be like,” adds Mbembe—a future that’s picking up speed at a dizzying pace, breaking with the idea of ongoing progress while imposing, in a way, a sense of cyclical time.

I feel like a standby showing up abruptly in a science fiction film, unprepared. I guess we’ll have to improvise the roles. Pandemics have always had a place in the apocalyptic imaginary of science fiction, promoting information about the future. And this information, according to Kodwo Eshun, is merchandise. Possible futures are one more value within the wheel of capital, and their speculations materialize based on the hypotheses created by commercial film utopias.

This sense of a time coming to an end reminds me of the novel Things Fall Apart, by Chinua Achebe set in Nigeria, which tells the story of Okonkwo—an Igbo warrior from the village of Umuofia—who loses his mind when he sees his power threatened by the arrival of the white colonist. Achebe portrays an African village with its negative and positive aspects; its organization is hard to understand for a stranger, though it is subject to a brutal colonization. Okonkwo feels the world he’s always known coming apart. “It is the fall of a traditional world that disappears, and inevitably, a new one begins; same as always, but not quite.” This is the same feeling I have now—that the cruel, sick world we were living in is falling apart and things will probably change, but we don’t know in which directions or what will stand without mutation, just like in Okonkwo’s universe. Today the enemy is neither the white colonist nor the dystopias he brought down on the African people. It’s a virus.

This pandemic does not ignore the traits of class, gender, or race; it’s like a monster knocking on our door, as Mike Davis recently described it. When we can walk out on the streets again, we’ll do so in fear, staring at the ravage done, incredulous. We’ll suffer to a greater or lesser extent from the psychological and material consequences of this devastation. And just as stunned, we’ll be witness to the reinforcement of the nation state, and to fascism and racism spreading their wings.

Meanwhile, thousands of miles away, my parents are confined at home and afraid, but they’re used to undergoing wars and times of want. I watch COVID-19 making its way slowly into the African continent, and I find it impossible to forget that colonial power is still there, more blatant than ever. Confinement is a utopia that’s incompatible with African ways of life, where economic and hospital conditions are vulnerable, and this is just evidence, once more, of the place Africa occupies in the world.

Prophecies are being laid out on the table; speculations theorizing the world of post-COVID-19 are too. The noise is truly deafening, and yet we see the empty streets as if they were waiting for something to come.

One of the parts I find most rewarding of the times we are living is the call to community and the collective processes for dealing with this huge Kafkaesque dystopia. Mbembe asks how to create community at a time of such calamity, when we’re not even able to bid farewell to those who pass away. I’m bold enough to seek dialogue with him, and to venture that perhaps only specific communities can be created: a community of survival and solace, but especially for political strengthening and accountability.

Okonkwo, the Igbo warrior from the village of Umuofia, had to re-imagine his world, and he did it on his own terms, unsuccessfully, because Okonkwo was only interested in preserving his power above all else, while his world fell apart. Today we’ll have to re-imagine the world from the bottom up, reinvent the collective and, most importantly, take on the tools that will make it all possible. 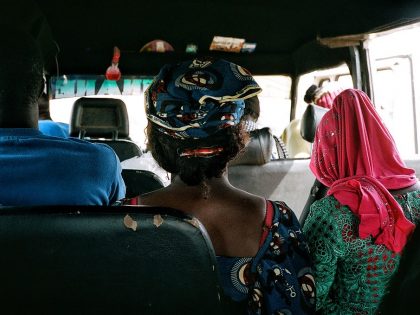 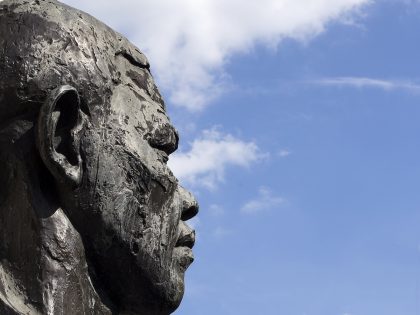 Nelson Mandela’s life teaches us that being quarantined is not the end of politics, but for the regeneration of politics.

Keep the phones on

COVID-19 presents an unprecedented threat, but a campaign by South Africa’s security forces attempting to grind defenseless people into dust does not guarantee success.

We know what will happen with this new virus, and so I cannot blissfully self-isolate.