On March 31, I received the following WhatsApp message (in a mix of Wolof and French, which I have translated directly for readability) from Selly, a young woman in Senegal. (Selly and the names of others in the piece have been changed to protect their anonymity.)

I’m sorry but I wanted to tell you something. I don’t know how to put it, but … it’s just that they have found a husband for me, and they are telling me that I have to get married. They announced it to me yesterday. I don’t know what to do […] I’m madly in pain.

“They” refers to Selly’s maternal family in Casamance, in the south of Senegal, where she had returned two weeks earlier. Selly had moved to the Gambia last fall, to play in the Gambian national football competition for the 2020 tournament. But the competition was now cancelled, and without having much else to do in the Gambia but play football, and with the borders between the two countries closing, it was better to go home. Or so she thought.

COVID-19 is hitting societies all over the world. Beyond the obvious threat to public health, it poses economic and social challenges, particularly in countries where the majority of the population depends on daily earnings for survival. The Nigerian writer, OluTimehin Adegbeye, convincingly argued that social distancing cannot work in Lagos, Nigeria. A similar analysis has been made for Nairobi, Kenya, where hundreds of thousands of citizens live in cramped informal settlements. (The virus itself is not the only threat to Kenyan lives: on April 16, The Washington Post reported that 12 people have died so far from police brutality exerted on those who did not respect the curfew. The COVID-19 death toll in Kenya currently stands at 14.) The Senegalese researcher Dr. Massamba Gueye warns of another danger of COVID-19, which is that “it attacks the social foundation of our communities.” In Senegal, this social foundation rests for an important part on large-scale religious gatherings and ceremonies that mark important life stages: birth and baptisms, initiation, marriage, and death. Such ceremonies have all been suspended until further notice.

But COVID-19 does not only threaten the social fabric of society. It can also fuel the opposite—a tightening of control over people’s behavior, in order to perpetuate a conservative social order. Now that many people find themselves more or less locked at home with their families, with inter-urban transport halted and a curfew in place from 8 p.m. to 6 a.m, families have more direct power over their children, especially adult children, than before. In an attempt to preserve the normal order of things, Selly’s family is exerting pressure on her to get married. The current pressure is not solely COVID-19-induced; it is an unfortunate coincidence in timing. Selly is 21 years old, which in the eyes of her maternal family means it is high time that she marries. (Her female cousins who are around the same age have all married, and some of them have given birth to children.) Selly does not want to marry a man however, and she does not display any interest in what is deemed appropriate behavior or dress for women in Senegal. Her family is not just finding out about these things. On the contrary, during the time she played on a local women’s football team, whenever she had a fellow female football player visit her at home, her cousins would make fun of them and call them lesbians.

If we understand queerness to comprise the fluidity and instability of our social lives, as Stella Nyanzi argues in the article “Queering Queer Africa,” then the COVID-19 induced containment is perhaps its antithesis. If COVID-19 were not there and the problem of marriage had presented itself to Selly (which it inevitably would have at some point), she would have had more options. She had already called her older sister for advice when her family told her it was time to marry; her sister, who lives in Dakar with her husband, knows about Selly’s queer life, and expressed her support for Selly. In another situation, she could have gone to Dakar to stay with her sister; moving in with siblings, friends, aunts or uncles is very common in Senegal. Selly could have also argued to her family that she needed to go to Dakar because her football career demanded it, or because she wanted to pursue her studies or look for work, and therefore might have been able to negotiate the postponement of marriage. Now she has few options.

There is a disconcerting resemblance between how Senegalese talk about homosexuality and how they discuss COVID-19. For one, in an attempt to explain the sudden emergence of this puzzling and unpredictable virus, there have been people who have suggested that the virus is a punishment from God for the morally reprehensible behavior of people, and of queer people in particular. This idea seems to have gotten a foothold in some popular perceptions of the pandemic; my queer friends in Senegal confirmed that this idea is currently circulating.

Fatou, a 29-year-old woman living in Dakar, said that she had watched videos in which kilifa (leaders) of Muslim brotherhoods suggested that people’s bad behavior are the cause of the virus. Homosexuals (as a catch-all for gender and sexual dissidents) are the central figures in the image of the morally reprehensible subject in Senegal. Nafissatou, a Dakar-based human rights activist, added: “everyone is saying this now, either plainly or in a nuanced way. I’m awaiting Mame Makhtar Gueye, I’m sure he will play his part.’’

Gueye is vice-president of the Islamic NGO Jamra, and her most ardent antagonist. He has given numerous television interviews in which he denounces Nafissatou as Senegal’s “biggest lesbian” who “contaminates” today’s female youth to “all turn into lesbians.” He will most likely attribute the cause of the virus spreading, in part, to the queer population. While being called out as a cause of the virus, Nafissatou works to address the outbreak’s consequences. When we were on the phone one recent evening, I heard a lot of background noise. I thought it was her television, but it was the chatter of a group of queer men in her living room. These men, who’ve lost their meagre income as a result of the crisis, and lack a safe family environment to return to, now sleep in her living room.

Selly cannot make use of the safe space that Nafissatou provides. Being stuck at home for the duration of the crisis, she is confronted with her family’s stigmatization of her behavior. Less than two weeks after I received her first message about the marriage proposal, the pressure has mounted. The neighborhood imam, an important and respected figure in the community who regularly mediates in family issues, had been asked to interfere in the matter. On April 10, he asked Selly to come see him that day after the afternoon prayer. He spoke to her about the need to accept her so-called destiny as a woman, which is to marry a man and to have children. He also asked her to stop playing football, and to start dressing and behaving herself “as a woman”. Unsurprisingly, he warned her about the possibility of divine retribution should she continue “to behave like a man”, and worse, should she be involved in what he called the “new” practice of women dating women. It was her aunt who had informed the neighborhood imam.

In his opinion piece about the necessity of a social revolution to combat COVID-19, Dr. Massamba Gueye argues that “ignorant people in whose minds prejudices are born” should be transformed into the vehicles to combat the virus. Let stories such as Selly’s serve as an example for all of us who in one way or the other currently experience the negative impacts of being contained on a psychological level. In line with this, post-COVID-19, let our societies realize that containing queerness, a contradiction in terms, is detrimental to people’s mental state. Or in Selly’s words: “What sense does it make to be free physically, when you are not free mentally?” 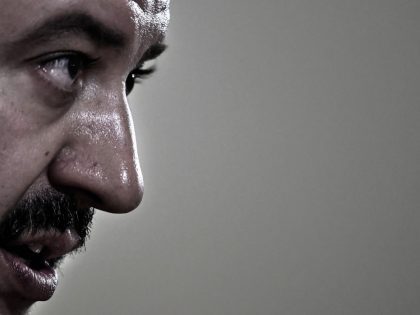 Italian politics has taken a sharp turn to the right. Migrants, especially African ones, bear the brunt of their rhetoric. Its ground zero for a new rightwing politics.