A version of this article will be published in the journal, City and Society.

As the novel coronavirus sweeps across the globe, it raises fundamental questions about spatial justice in Africa’s rapidly transforming cities. With the majority of Africa’s urban populations living in crowded settlements susceptible to mass infection, adhering to World Health Organization (WHO) social distancing guidelines is next to impossible. Where is the water for handwashing? The space for separating the infected? Or the wages that will pay for food, if it is even available? (See here, here and here). For the millions of Africans living under such conditions, WHO’s advice is a cruel joke: a reminder of the urban poor’s position at the fringes of citizenship. Accompanied by lock-downs and curfews, the urban poor who rely on daily earnings to put food on the table and must decide between viral exposure or starving. As an Abuja food seller pointed out: “… we will die of hunger faster than being killed by the virus.” There is a risk some governments may not care; or worse, that COVID-19 provides cover to further entrench socio-economic and spatial marginalization.

We already know part of the story. Around the world, the economically and politically marginalized are affected disproportionately by COVID-19. While we don’t yet know how the pandemic will unfold across Africa, there are few reasons to expect the poor will fare any better. What may differ are the long-term consequences. Indeed, even well-meaning interventions to slow the spread—hand washing, distancing and restricted mobility—may well erode what resilience the urban poor have built. They may save lives, but these measures will undermine already precarious livelihoods. Where the UK or US governments may dole out trillions in aid, African governments have no such resources. Given existing levels of limited political accountability and heightening autocracy, they also have few incentives to do so.

The spread and responses to the novel coronavirus highlight the politics of geography. Place is not a neutral theatre in which development activities take place. People growing up in disadvantaged neighborhoods are less likely to prosper than those raised in “good” neighborhoods. In other words, place matters. Researchers at Brown and Harvard show that a child born in a poor area has little shot of getting ahead. To paraphrase the authors, some places lift people out of poverty, others trap them there. In his 1983 article “On Spatial Justice,” Gordon Pirie pointed out that place is a “social product” that significantly shapes individuals’ and households’ developmental choices, outcomes and trajectories.

These very elements of urban life make them particularly vulnerable to disease and state violence. Every failure to comply, every violation of an impracticable law or regulation becomes justification for additional restrictions and violence. The danger is that these facets of urban life will now be turned against the poor in ways that further their social and geographic marginalization.

Rather than draw citizens closer to their governments, the pandemic presents states with extraordinary license to evict, lock-down and control the movements of poor urban communities. In an era of humanitarian politics, governments are even less likely to be participatory or inclusive. We have seen this already with violent stay at home orders in Rwanda, South Africa, Kenya, Ghana and elsewhere where state security agents shoot dead and publicly flog people caught in the wrong place. These actions not only punish transgressors, but also collectively reinforce people’s fears of state caprice and coercion. South Africa, ostensibly one of the continent’s most progressive states, has begun implementing plans to de-densify informal settlements in the name of health. Activists decry the evictions, as they have in the past. But unable to go to the streets or counter the towering authority of public health expertise, their cries will likely go unheeded.

What Africa needs now are strategies that avoid stigmatizing the poor or blaming them for their vulnerability. Regulations and practices exposing the poor as law-breakers and coding them as disease vectors make it more, rather than, less likely that they will be subject to coercion and urban exclusion. Humanitarian politics acts on people, ostensibly in their interests. This is no more sustainable than other forms of autocratic rule, especially when such rules are ultimately oriented to preserving existing socio-economic and spatial hierarchies. Instead, interventions justified by COVID-19 should be consultative and forward looking. As the continent’s experience with Ebola shows, combatting the pandemic requires strengthening accountability and the social contract between the state and its vulnerable citizens.

If this pandemic teaches us anything, it is that the virus has no boundaries, and the well-being of both rich and poor are co-dependent. The only way to disentangle the risk is to remove the poor entirely from cities—but this is not practical, possible or just. Rich and poor lives are imbricated within Africa’s urban economies. This pandemic is a fulcrum. Without domestic mobilization and international pressure, it opens the door further to anti-poor autocracy and urban marginalization. With luck, it may also encourage policy makers to act with the urban poor, rather than “for” them.

In South Africa, we are not in a situation where we need to choose between saving lives and protecting livelihoods. It is far worse. We are in danger of losing both. 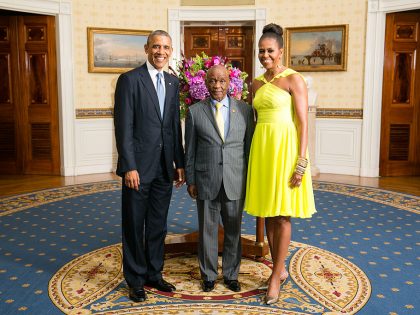