On March 21, 1960, my father, Nyakane Tsolo, only 20 years old, led the Positive Action Campaign Against Pass Laws march in Sharpeville Township, south of Johannesburg. The march was organized by the newly formed Pan Africanist Congress (PAC). A few years later he went into exile, via Lesotho and Egypt, to East Germany, where I was born.

Perhaps, they belonged to the wrong side of history, the wrong side of the fence; but they belonged to one political organization and not another. And this rendered them as persona non grata, unwelcome figures in the domain of history telling, people of no significance, shadows of history to be forgotten. This is why we seriously need to reflect on the construction and narration of public memory about historical events and public holidays in South Africa. The mere fact that Sharpeville Day has been renamed as “Human Rights Day”—just like the Soweto Students’ Uprising was also renamed “Youth Day”—attests indeed to part of this denialism and distortion.

This past February 27, 2020, marked the 42nd anniversary of the death in banishment of Professor Robert Mangaliso Sobukwe by South Africa’s apartheid government. In remembering Sobukwe, a lecturer in African Studies at Wits University in the 1950s, we must introspect, look deep within ourselves to weed out any vices that make us less of the beings we ought to be: free and dignified.

Last month, March 21st, 2020, also marked the 60th anniversary of the Sharpeville-Langa Massacres, as well as 54 years since the proclamation of this day as the International Day for the Elimination of Racial Discrimination by the United Nations (UN) in 1966.

This year is merely 26 years since the end of formal apartheid. Judging from the denialist utterances of former apartheid President Frederik Willem de Klerk, and subsequent statements made by the FW de Klerk Foundation in February 2020 (De Klerk insisted apartheid was not a crime against humanity and dismissed it as “Soviet propaganda”), it is evident that there are still unresolved questions in this country, particularly issues that continue to poison and distort the narrative of our history, national consciousness and our collective memory.

One such poisonous issue is apartheid denialism and the historical distortion of our past and historical facts related to the collective experience of black people in Azania (South Africa).

In fact, this denialism and distortion extends far beyond the realm of apartheid, it stretches right into the periods of settler imperialism (starting with the arrival of Jan van Riebeeck), the enslavement of AbaTwa (Khoi and San) in the Cape, and reaches into the colonial period into the colonial period-especially since narratives around these histories remain distorted and dismembered.

Apartheid denial and historical distortion refers to the dismissal of irrefutable and established facts, as well as the deliberate and intentional whitewashing, downplaying of the actual brutal, savage and barbaric events and experiences of black people during the white days of apartheid rule. Such denialism and distortion—operating to ease white guilt—belittles the suffering of the victims and survivors of the atrocities perpetrated by the racist apartheid government and its institutions. In my view, apartheid denial and historical distortion are a form of hate speech, a continued violation that dehumanizes the victims and survivors, and aims to justify the acts of barbarism meted out on the African masses by white society. Part of this denialism is the very deliberate act of distorting and misrepresenting historical facts—the silencing meant to to completely erase from public memory the role played by many ordinary citizens and activists like my father, Nyakane Tsolo, the PAC leader who led the Positive Action Campaign Against Pass Laws in Sharpeville.

However uncomfortable this might sound, the ruling party African National Congress (ANC) has played a big role, whether intended or not, in enabling this gross denialism and historical amnesia exhibited by the likes of De Klerk.

The negotiated settlement at CODESA (the forum where the apartheid state and the ANC negotiated a post-apartheid order), the privileging of a “Sunset Clause” (whereby apartheid civil servants would keep their jobs), and the theatrics of “forgiveness without repentance” displayed at the Truth and Reconciliation Commission (TRC) set the stage for the De Klerks of this world to insult black people. But the denialism and distortion extends beyond De Klerk the individual right into the realms of white society, the curricular, how we teach history, what histories we teach, how we remember, recollect and repackage the past.

Our current approach to how we tell narratives about apartheid is selective and partisan, demonstrating that we have no inclusive approach to historical remembering. We remember selectively and we forget collectively. The denialism and distortion demonstrates that how we choose to commemorate our past, how we tell stories, how we re-member or dis-member events; from Sharpeville to Boipatong, and Northcrest to Marikana.

These annual, pompously decorated state ceremonies, publicized and splashed all over media, have become repugnant spaces of no particular significance, void of any historical substance. They are events where the painful history of our struggle becomes sanitized. The ease with which we accepted the redrafting of our history, all in the name of reconciliation, presents to the apartheid denialists the picture that we ourselves don’t take our reality, our experience, and our history seriously. We have become so desensitized and disconnected to the pain, experience and evils of apartheid that we even allow the likes of De Klerk to belittle and insult our people without any consequence; simply because we don’t honor, acknowledge and respect our veterans and ancestors enough.

Whilst we must condemn racists like De Klerk without fail, we must also introspect and interrogate our own complicity in enabling and accommodating white supremacy and supremacists who feel like they didn’t kill enough black people under apartheid.

By failing to challenge apartheid denialism and historical distortion, we risk the danger of repeating false narratives and thereby blurring the line between historical truth, lies or propaganda. This calls for a serious reexamination of the educational system. And certainly, the decolonization of the curriculum that the #FeesMustFall campaign called for remains relevant, albeit the latter remains unattended to, unresolved, and unaddressed.

We need to ensure that we, and generations to come, are well equipped to distinguish and decipher facts from fiction. People all over the world guard their history; they ensure that denial is rooted out, and criminalized. We must do the same, without any fear or shame.

We owe it to our forebears. 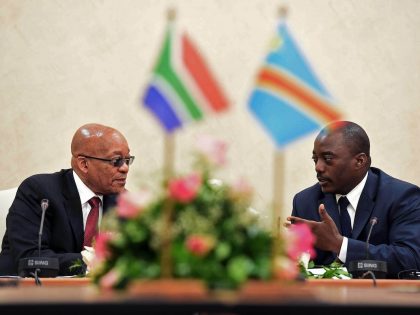 The ethno-nationalism that marked apartheid’s dying days has now morphed into a malignant “nativism” that threatens post-apartheid democracy.