On Thursday, August 16th 2012, South African security forces shot dead 34 protesters at Marikana, a platinum mine, owned and operated by multinational firm Lonmin, in South Africa’s Northwest Province. The dead were rock drill operators on strike for better wages—most of them reportedly earned around the equivalent of $500 per month—and a higher standard of living.

Because of the excessive violence (video of the shootings have gone viral), some are making comparisons to the tragic events of March 1960, when South African security forces, then defending the apartheid regime, murdered 69 protesters in Sharpeville, a black township south of Johannesburg. The victims in Sharpeville had gathered to protest the apartheid state’s requirement that adult Africans could only set foot in South African cities if they showed a passbook proving they were employed by local whites.

Times have changed—last Thursday’s dead had a right to vote, which many of them doubtlessly cast in support of the African National Congress, the party that has governed South Africa since apartheid’s end in 1994. Yet, once again, the South African state has shed the blood of its citizens. The similarities and differences between that half-century-old killing and this month’s are a reminder of how much South Africa has changed, and how much it hasn’t; how South Africa is singular and how it’s susceptible to the same forces of class and inequality as any other democracy.

Marikana presented familiar images—singing protesters dancing in the faces of uniformed, well-armed police, who deployed with cannon and armored vehicles, and were followed by shots and slowly settling dust. Not surprisingly, the South African government and its defenders reject the comparison. The national police commissioner defended her officers, noting that the strike had been violent—even deadly—before the police arrived. On the day of the massacre, miners were armed, some with spear-like assegais and machetes. They had marched on the police voicing “war chants.” To be sure, the state had the preponderance of power, but this was not Sharpeville.

Yet, in its catalyzing potential, in perhaps forcing South Africa to confront a serious social ill, Marikana might still prove to be something like the post-apartheid state’s Sharpeville.

After the 1960 massacre, South Africa was kicked out of the international community: condemned at the United Nations; eventually excluded from the Olympics. Those killed at Sharpeville had been protesting in the name of freedom of movement and democratic participation in their national future, touchstones of the UN charter and of international human rights. The Cold War complicated the politics, but the world seemed largely to agree that the South African government was beyond the pale. Time and struggle undid the legacy of Sharpeville; a generation later, South African athletes featured prominently at this summer’s London Olympics, a clear reminder that South Africa is once more welcomed within the community of nations.

Human rights and democracy are wonderful and the world justly celebrates South Africa for having attained them. But the years since 1994 have demonstrated that poverty and inequality can be far wilier foes than white supremacy. South Africa was white supremacist, but it was also characterized by a particularly brutal form of capitalism, with few or no protections for workers. That latter hasn’t changed much. In the days since the massacre, Lonmin has ordered the miners back to work without adjusted wages; the company’s public statements have fretted about what it means for their shareholders’ bottom line. In the years since 1994, state violence against protesters has been frequent—witness the 2011 police killing of schoolteacher Andries Tatane during a protest calling attention to squalid conditions in townships. In post-apartheid South Africa, Marikana was not aberrant; it was just excessive.

South Africa is now essentially a “normal” democratic country dealing with issues that, however extreme they sometimes appear, are not actually so unique: economic inequality, labor rights abuses, corporate irresponsibility. These are not South African issues, they’re democratic issues. Because South Africa was the last hold-out among the 20th century’s legion of racial and colonial states, and because its liberation movement took place after the international consensus on human rights and non-racism had already emerged at least at a rhetorical level, it is often treated as an exceptional case. This may have been true under apartheid, at least to some extent, but it is no longer.

The practice of treating South Africa as so different has been compounded by the myth of the rainbow nation, the singular celebrity of Nelson Mandela, and the much-touted reconciliatory nature of its transition to democracy. While there are certainly aspects of the South African story that are distinctive, Europeans and Americans have their own shameful racial histories. Aspects of South Africa’s political economy are, relatively speaking, globally commonplace: neoliberal economic policy, the predominance of multinational corporations, privatization and the weakening of labor are all issues that South Africa is not alone in facing.

Yet many of the mainstream op-eds and editorials have attempted to make sense of the violence by interpreting it, and South Africa, in a way that emphasizes the country’s particular history, rather than considering the ways in which the killings at Marikana speak to larger international trends. The narrative of South African exceptionalism has limited our analysis of this massacre by making it difficult to see it as anything other than further evidence of the  failure and disappointment of South African liberation. Yet Marikana is bigger than South Africa. That’s not to bash those particular writers or outlets, of course, but to note the tendency to perceive South Africa in the specific, limiting context of apartheid and its aftermath.

What can we learn from the dead in the dust in Marikana? Maybe the lessons are not so much about fulfilling the promise of post-apartheid as they are the less particular but even more daunting challenges of poverty and inequality, those faced by the entire international community. It was a great day when South Africa ended apartheid and joined the community of democratic nations, but that community has problems of its own.

Rather than judge South Africa in the wake of this 21st century Sharpeville, the rest of the world ought to ask what kind of community post-apartheid South Africa has joined. 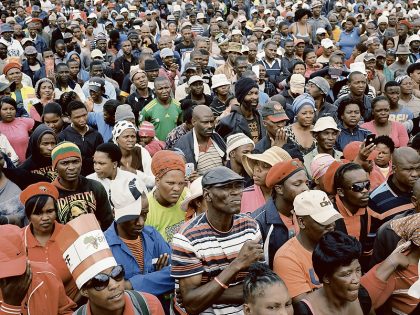 The lesson of Marikana

The relationship between the massacre of workers at Marikana and the rational destiny of market fundamentalism. 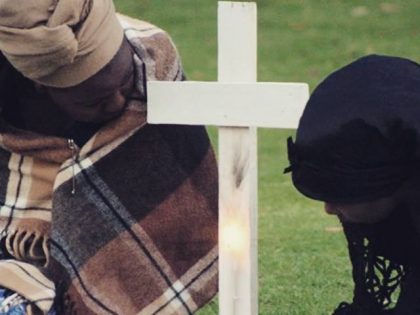 Stirring the Spirits of the Dead Miners of Marikana

When the widows of Marikana tried to wake up their husbands from their graves by yelling at them. 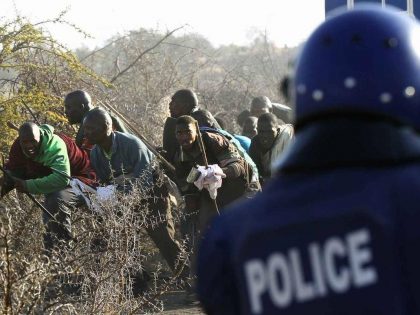 The Book of Marikana

Rewriting history from below in South Africa by utilizing the voices of workers and their survivors themselves.