Albalabel, a Sudanese girl group comprised of three sisters, came to prominence in the late 1960s and gained national acclaim in the wake of Mohamad Jaffar’s Nimeiri’s leftist and bloodless coup of May 1969. The coup toppled an elected prime minister and set in motion a 14-year military reign. There was widespread support for Nimeiri because of his promises to tackle the economic malaise and bring peace. Nimeiri introduced massive economic and political reforms, but also, crucially, supported the creative arts.

Early achievements of the Mayo uprising, as it was fondly called by the Sudanese, included the Addis Ababa peace agreement of 1972 which ended the north-south civil war, for a time. However, the ideals to forge peace with the marginalized south of the country, nationalize industries, and promote a secular politics quickly unraveled amid internecine intrigues within the ranks of the revolutionaries as well as opposition from more conservative and sectarian political forces.

The coup ushered a cultural renaissance of sorts. Many artists composed revolutionary songs celebrating the new regime and its ideals. Most famous among the songs of Mayo is Albalabel’s “Ab Aaj,” a praise song for Nimeri. “Ab Aj” valorized the president and the lyrics to this day are synonymous in the Sudanese imagination with Nimeiri. The opening verse proclaims, “The girls ululated and the people hailed you as their leader, oh ivory clad brother, vanquisher of troubles.” The song was a hit, one of Mayo’s greatest anthems.

By 1983 the north/south civil war had resumed. Nimeiri, in order to shore up his waning hold on power had long abandoned secular governance and embraced the political Islam curriculum of the Muslim brotherhood.

Much of Albalabel’s repertoire focuses on more domestic and everyday trials and joys. “Usha sagheera,” (a small nest), is a ballad of sorts, where a young woman reassures her beloved that she would be content with a small nest, a modest home. Albalabel’s songs were of their time and seem bittersweet from our vantage point in the 21st century. The reality is that even a small nest is no longer sustainable financially. From the late 1970s to this day many Sudanese men have had to leave their wives and children back home and work abroad in order to provide for their families.

Albalabel were a phenomenon in their time because their music felt and sounded innovative, marking a departure from the patriotic and nationalistic songs of Alhageeba, the songs celebrating Sudan’s emergence from British colonialism. Their musical output also departed from the vernacular daluka songs that were part of a tradition of orally transmitted songs performed by women singers at weddings. Their creativity and innovation was in the compositional arrangements of their music, which not only borrowed from the traditional orally transmitted Sudanese daluka and praise songs, but also integrated lyrics about the lives of urban women to create a unique new sound.

Albalabel were adept at negotiating and, at times, pushing the boundaries between the traditional and the progressive in what was and is a deeply conservative and patriarchal society. A significant factor in their acceptability to conservative audiences was that their manager was also their father, a forward thinking and dynamic high school principal. The subliminal message was that these are not rebellious girls seeking emancipation, but that their father was backing them and overseeing their activities.

Nevertheless, as young female performers Albalabel pushed boundaries creatively in their music as well as culturally. For example, while hijab (the Muslim head covering for women) was not as common a phenomenon as it is now, most young women used to loosely drape a tarha—a light, white cotton scarf—around their head and shoulders. The Balabel sisters did away with this garment altogether. They were a sensation and trend setters, young women around the country copied their hair styles. Following every TV appearance by the girl band, fashion savvy young women hastened to their tailors with yards of cloth requesting the Balabel style. (This was the time before globalization and mass off-the-shelf fashion, a time when artisanal dressmakers could make a living handmaking dresses). Albalabel’s youthful energy and their music was a reflection of a 1960s and 1970s Sudan, where liberal and secular principles were embraced by significant swathes of the public. The Sudanese are deeply devout but faith then, for the most part, was a personal endeavor.

Albalabel were somewhat eclipsed during Omar Al Bashier’s Ingaz regime. In the early phase of the regime, 1989 to 2000, religious and patriotic anthems gained prominence. In the latter phase, the regime began to relax its strict Islamist codes and new, younger solo artists including women artists like Nada Algala and Haram Alnour rose to prominence. In the wake of the December 2018 uprising that toppled Al Bashir, the three sisters are still together, still beautiful and strong women, now in late middle age but sounding as they did then. Sudanese audiences responded to them enthusiastically, as though running through Albalabel’s music was a call and response between the sentiments and hopes of May 1969 and December 2018.

When Abdallah Hamdok, the Sudanese world bank economist who was ushered in as interim prime minister in the wake of the Sudanese people’s stand for freedom, peace, and justice visited Washington in early December 2019, the Sudanese diaspora serenaded him with a Balabel song. They chose, “Nawar beitna,” light of our home, a sweet song about an adored male relative, family friend or prospective bridegroom who stops by for a surprise visit. Hamdok was greeted with the verses, “Our house lit up and our street lit up the day you stopped by.” The Sudanese diaspora in Washington’s serenading of the prime minister was no doubt an act of nostalgia for the music of their homeland. but the choice of song also speaks to the cautious hope they invest in the Prime Minister and in the caretakers of the December 2018 uprising as a whole. Some of the older members among that diaspora audience would know firsthand the cost of a revolution coming undone. Theirs is a far cry from the hero worship of the ivory clad, vanquisher of troubles of 1969. Nimeiri was a military man who dealt ruthlessly and bluntly with dissent among his own allies as well as among the sectarian political parties opposing him. He chose to eliminate all who stood in his way. By turning to the Muslim Brotherhood in order to maintain his hold on power, Nimeri had paved the way for Al Bashir’s Islamist regime.

The predisposition for failure and derailment is as potent for Hamdouk as it was for Nimeiri: a fractured military vying for power, sectarian forces unwilling to update their governing structures or modify their commitment to political Islam, discontent and armed rebellion in Sudan’s marginalized Nuba Mountains and Darfur, and economic collapse. A military man like Nimeri ultimately failed to govern, to forge a stable unity out of Sudan’s contradictions and fault lines without violence. Rather than vanquisher of troubles, Hamdouk is soberly, modestly hailed as a light, a hope. Could Hamdouk, the man of intellect, of civil governance navigate those same fault lines and tame the contradictions with the nuance and balance that allows for Sudan’s competing forces to find expression within a stable whole? 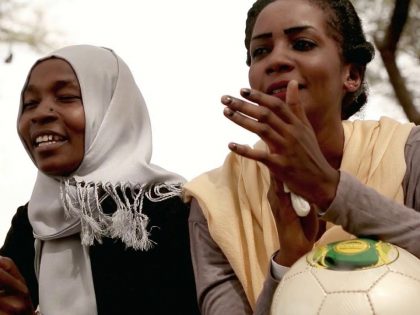 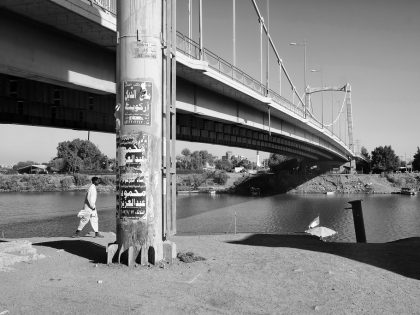 The role of diaspora in revolution

Sudanese living abroad are key to the uprising: raising awareness and support for political and social transformation back home. 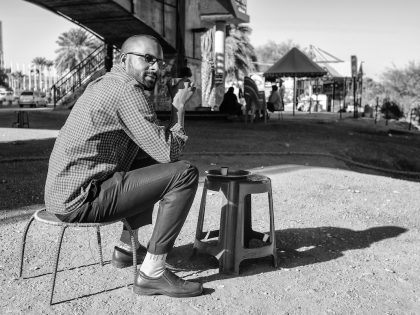