“I want my continent to be a place where people can dream and believe that their dreams are valid—that they can realize those dreams,” says Inna Modja, the Malian musician and activist at the beginning of the documentary The Great Green Wall. Modja’s wish, it turns out, isn’t merely abstract. Rather, it’s wrapped up in a specific vision: an initiative called the Great Green Wall. In a series of title cards, we learn that the Wall is an African-led plan to combat desertification, migration, and conflict in the Sahel region by planting a wall of trees—”the largest living structure on Earth”—across the continent. “I wonder if it’s going to work in the end,” Modja says. “I’m searching for answers.”

And search she does—at least when it comes to geographic navigation. Over the course of 90 minutes, Modja travels across stretches of the proposed 8,000 km wall, making stops in Senegal, Mali, Nigeria, Niger, and Ethiopia. Along the way, she meets with farmers, activists, and victims of conflict who stand to benefit from a regenerated landscape in the Sahel. Modja is a compassionate and often endearing narrator, and she diligently highlights the challenges facing the region. But her investigation into the Wall’s prospects is glaringly uncritical, and the answer to her central question—Will it work?—is largely unexplored. What’s left is mostly a bunch of well-intentioned hot air.

Modja’s limitations as a narrator are, unfortunately, baked into the film’s DNA. The Great Green Wall is co-produced by the United Nations Convention to Combat Desertification (UNCCD), and it is in fact the second film to figure into the Convention’s public awareness campaign for the Great Green Wall. (The first is an eight-minute-long VR short.) Modja herself is a UNCCD Land Ambassador, so clearly it’s not her job to objectively scrutinize the Great Green Wall; it’s her job to boost it.

It’s unsurprising then that the film often has the feel of a feature-length advertisement, one submerged in the perspectives, lingo, and personnel of international governance. In the film’s final scenes, Modja interviews UN Undersecretary General Monique Barbout, then addresses a UN conference in New York. For a film obstensibly promoting African self-determination, the UN’s handprints are oddly and conspicuously pervasive.

Modja’s personal interventions in the film are, at times, equally out of place. The singer is, we learn, working on an album inspired by the Great Green Wall, and much of the film documents its making. Throughout her travels, she creates music with a host of prominent artists, among them Didier Awadi (of Positive Black Soul), Songhoy Blues, Waje, and Betty G. In scenes from recording studios and live concerts, Modja and her talented collaborators are a pleasure to hear. But the proximity of Modja’s creative pursuits to stories of hardship and precarity can create a strange dissonance.

At a school for orphans in Nigeria, for instance, Modja and Waje sit down with two girls, one of whom lost her father to Boko Haram. Modja praises the girls for their bravery, then sings a song to them. Later, dozens of the girls gather outside and sing one of Modja’s own songs to her. “I didn’t know they were going to perform it. Oh my god,” Modja says, wiping tears from her eyes. It’s an oddly self-serving moment—and unfortunately, not the last.

Modja clearly harbors a great deal of sympathy for the people she meets during her journey. But the film’s imperative to keep the action moving along makes her engagements with those people—and their suffering—frustratingly short. The morning after her trip to the school, for instance, she tells Waje that she couldn’t sleep through the night. Waje, also deeply affected, responds, “I’m uncomfortable with the fact that I will probably go back tomorrow and live my life as always.” That’s an intriguing confession, but the conversation ends there and the film quickly moves on. Before we know it, Modja is back on a bus headed toward her next destination, gazing melancholically out the window at passersby—as she does often throughout the film. As she passes, silent, lone figures in the crowded streets gaze back, filmed in slow motion from a moving vehicle by director of photography Tim Cragg. The shots are lovely to look at, but their brevity only seems to accentuate the distance between Modja and the people of the Sahel.

There is also a glossing over when it comes to the Great Green Wall itself. With only 15 percent of the Wall completed since its approval by the African Union in 2007, the project is, Modja readily admits, “more a vision than reality.” While the film is candid about the funding challenges impeding the project, however, it is far less forthright about some of the project’s historical shortcomings.

First conceived as a wall of trees across the Sahel, the concept of the project has evolved over the years, after scientists pointed out that, for a number of reasons—among them the fact that large swaths of the proposed Wall were uninhabited, meaning that no one would be around to care for the young trees—a literal green Wall in the Sahel was doomed to fail. Today, the initiative instead stresses indigenous land use techniques that restore the lands in the Sahel threatened by climate change. The Great Green Wall can, according to the project’s technical director Papa Sarr, more accurately be described as a mosaic of green development rather than a “line.” The film, however, doesn’t acknowledge the thoughtlessness behind the initial proposal. Nor does it shy away from highlighting the photogenic stretches of the Wall where the questionable practice of linear tree planting is still underway.

Some examples of the Wall’s new direction are, nonetheless, given air space. Take the Ethiopian farmer and activist Abu Hawi. For more than 30 years, he’s led a grassroots effort in his community to make desert lands fertile through ancient tools and techniques. In the film, though, Hawi’s success isn’t framed as the result of his smarter and more humble approach to reforestation. Instead, it’s held up as the product of Hawi’s sunny disposition and work ethic. “Because I believed it was possible, because my thinking had changed, I was able to bring change to the land and to peoples’ mindsets,” he says.

Africans surely do have a part to play in boosting their resilience to climate change, and the Great Green Wall can surely be part of it. But the solution to the Sahel’s woes aren’t merely attitudinal; they’re political. The Great Green Wall, however, makes no mention of global greenhouse gas emissions—a key political matter that will, more than anything, determine the Sahel’s fate. It is important for Africans to dream big, as Modja suggests, but if the world’s biggest emitters don’t rapidly reverse their destructive habits, those dreams will rot—and all the trees and good feelings in the world won’t be able to revive them. 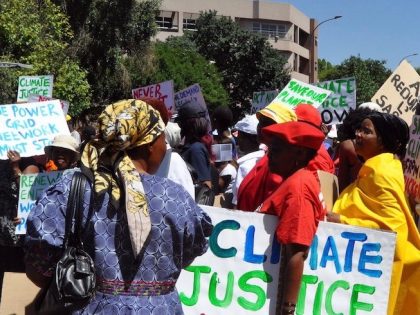 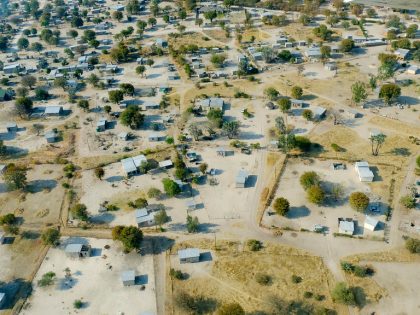 What kind of ancestor do you want to become?

Medical anthropologist Julie Livingston argues that the conditions of capitalist modernity in which we live are not sustainable and are leading to increased rather than lessened inequality.