In Southern African development circles, Botswana is often held up as an exemplar of doing it “right.” From its marginal position within the colonial migrant labor system to its current position as one of the most stable and richest countries in the region, with largely functional social welfare systems and continual economic growth, Botswana is sometimes called Africa’s “miracle.” (This despite it having the third highest gini coefficient on the continent, which tells us something about the kind of miracles that modernity can promise.)

In Self-Devouring Growth: A Planetary Parable from Southern Africa (Duke, 2019) medical anthropologist Julie Livingston takes a look beneath the miracle to speak to the most pressing global issue of our time: the fact that the conditions of capitalist modernity in which we live are not sustainable and are leading to increased rather than lessened inequality. Even if, as was the case for Botswana, you play the game of development by the rules and you play it well, the environmental and social consequences of the growth-at-all-costs model are quickly revealing themselves to be far from benign. And as usual, the worst effects are felt by those without the resources.

Human beings, Livingston argues, are consuming ourselves: not only in Botswana, of course, but everywhere. Livingston traces the deep mistakes humans in late-capitalist modernity are making through three Tswana routes: rain-making; cattle; and travel (or, as we may see them in policy documents, water and sanitation, the beef industry, and transport). She is sympathetic in so doing, recognizing the complex entanglements of power and politics that make it close to impossible for Botswana to act outside of the current world system. Nonetheless she argues (along with a host of academics and increasingly active groups of citizen activists across the world) that continuing with a business as usual model will have massive long-term detrimental effects and that we need new (or maybe old) imaginaries.

Botswana is a dry country, but there is water beneath it, and the aquifers have been used both to extract the diamonds on which much of Botswana’s economic security is predicated, and to feed the industry that saw a shift from cattle-as-part-of-life, cattle as “interspeciated familiars” (page 42), to cattle as beef. Livingston’s parable for the world is to do with the skewed ways in which we have structured value, such that diamonds hold more value than aquifers and beef more value than cattle, even as these value systems affect long-term water security, present day public health, and inter-species relationships. In Botswana, however, this value system is not the only one that exists: older cosmologies are still around, and can be contrasted with the forms of value that are being rapidly normalized across the globe.

The lessons we can take from this parable are hugely useful to all of us, wherever we are. In Cape Town, where I sat reading, these lessons are not unfamiliar. Just last year, the City of Cape Town was facing what was ominously called Day Zero: the day the dams would be so empty that private taps would go off, and people would need to join queues for an allocation of 25 liters a day. Day Zero didn’t happen, but the run up to it fundamentally shifted Capetonian public attitudes towards water, but not, sadly, wider policy towards economic growth at all costs. Right now, for example, the Phillipi Horticultural Association, a group of small-scale farmers from an agricultural region right in the center of the Cape Flats, who draw on the Cape Flats aquifer, are taking the City to court as a result of a decision to zone the land as urban rather than agricultural, which opened the door to developers for upscale housing. I also inhabit Cape Town as a Zimbabwean migrant, from a country where just a few weeks ago the taps—public and private—were turned off in my hometown of Harare as drought, mismanagement, and the level of pollution in the water coming in to the main plant pushed the system close to collapse. At the heart of the water issues facing Botswana, Cape Town, and Harare is the confluence of man-made climate change and the value systems of modernity, which emphasize growth and profit over sustainability.

Viewed through the lens of global development discourse, Zimbabwe has made some very bad decisions where South Africa and Botswana have made some good ones. The point that Livingston very clearly illustrates, however, is that in the long-term the “good” decisions lead to similar outcomes as the “bad” ones, as growth-as-good is driven by an unsustainable logic.

It is time, she argues, to look for new imaginaries of how to structure our world: or time to bring back the older imaginaries that were disregarded as “tradition” in the colonial version of progress. Take rain-making, for example. In the past, rain was the foundational category of Tswana political philosophy: now, through the lens of capitalist modernity, water is the property of market-driven technoscience. Rain-making relied on collective agreement and on carefully curated forms of sociality. “Where once there was public healing, in which people attempted to merge rain and social relationships in a dynamic moral economy, now we have public health, in which rain is a necessary calculable element of population management” (page 13).  Such a change doesn’t necessarily feel like progress. Livingston’s book asks us to think through some very hard questions: what would it take to shift our economy in the present from one which espouses growth, to one which espouses the common good? Rainmaking is premised on people working together, across species and landscapes, in order to make and distribute water. Instead of relying on growth-based developmental models—implemented by the state and by NGOs—can we imagine a world where “development” means something different, a world of collaborative, sustainable and shared prosperity?

Livingston has written a beautiful book, which speaks from Tswana cosmology towards the complexities of global problems, and that points towards forms of activism that we can all take forward. She writes that, “In Botswana, the ethical temporality is the present continuous. When someone is sick or injured, those who care are expected to remain active in their responsibility to their patient. It is the regular performance of these commitments, the countless small acts of tending, that allow the potential for healing” (page 126). The future world, Livingston reminds us, is something we create every day in the present. We are the rainmakers of the future: the decisions we make now will determine where the rain falls, and how hard or how gently, for those who come after us. What kind of ancestor, she asks us, do you want to become? 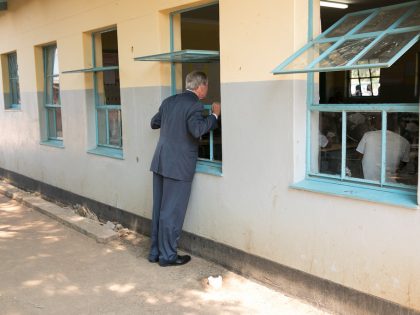 In Africa, the consequences of the growth-at-all costs model are starting to reveal themselves, and they’re not pretty. 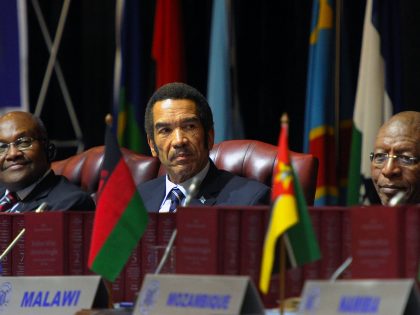