The director Hajooj Kuka’s first feature film, Akasha, is a war-time romantic comedy that blurs the boundaries between soldier and civilian, rebel and authoritarian, man and woman, reality and fantasy. It forces us to grapple with the farce of war’s everyday life, even in the hands of revolutionary fighters battling an ever-present and ever-violent state power. Set in Sudan, the film offers no definite marker for either geography or time period. With his first two documentary films in mind, Beats of the Antonov (2014) and Darfur’s Skeleton (2009), set in Sudan’s Blue Nile and Darfur regions respectively; one could surmise that Akasha is at once offering a panoramic view of Sudan’s war-ravaged peripheries as well as a specific look at the ongoing rebellion of the SPLM-North (Sudan People’s Liberation Movement-North) against the repressive tactics of the ruling NCP (National Congress Party).

The story of Akasha centers on an ambivalent soldier, Adnan, and his relationship to the room of its female lead, Lina. Adnan betrays the boundaries of the typical individualistic protagonist as magic and spirituality guide him toward friendship rather than toward redemption through demonstrations of militaristic courage. When we meet Adnan, his tenderness is evident in the gratitude and respect he shows for Nancy using only a blue tin of Nivea moisturizer. Within Lina’s room, we first encounter the love story between both she and Adnan, as well as between Adnan and Nancy. Shaped by both love and loss, these relationships help shape the film’s story of war’s emotional life. We glimpse the main wall of Lina’s room lined with images of bespectacled, black turtle-neck wearing, Afro-crowned figures that evoke veneration for the revolutionary leaders from the movements of the 1960s and 1970s throughout the global African world. We hear Adnan share his feelings for Lina, his aspirational vision of their future together in Khartoum, and the significant role Nancy has played in his life as a soldier accompanying him on the frontline of their revolutionary war. Lina’s room is a warm, inviting, and pristine place around which the main characters of the film orbit as they make sense of their roles as soldiers in a war that means little to them.

The film introduces the broader context of village life with rebel commanders hassling young men who have apparently defected from their military service and are attempting to lead lives beyond the realm of war. As we see the young men grasping for answers to the tirelessly repetitive and frivolous interrogations, young women pass by balancing water-filled jerry-cans on their heads as village life of course continues amidst the violence. The hum of the rebel Land Cruisers resonates with the booming whine of menacing government aircraft that signal those on the ground to duck-and-cover within nearby rock formations. The resonances between the vehicles of rebels and their state adversaries challenge us to confront the farce of categorical distinctions between warring parties. We discover that Adnan is himself a military hero, having downed an unmanned drone with a single shot. His reputation both precedes him and weighs heavily on his shoulders as he navigates love, friendship, and freedom.

Adnan eventually finds himself linked to an unlikely friend, Absi, an extremely creative personality, who carries his own vision of a broader and more mobile world that connects him with Nairobi, and an urban experience of chocolate and ice-cream eating luxury. Such visions, both real and imaginative, transform soldiers into civilians who direct both their guns and aspirations toward the sky so as not to participate in the taking of more human life. Absi promises to help him recover a lost item in Lina’s room. Much of the film’s comedy centers on a series of foiled attempts to accomplish this simple task. Their most notable scheme requires that they play with normative gendered behavior in an attempt to disguise themselves and enter Lina’s family compound without suspicion. Despite their numerous failed attempts, Absi nevertheless remains committed to the task in an earnest effort to support Adnan. They carve out and discover unlikely opportunities for autonomy and happiness, while they evade the expectations of the roving rebel soldiers with apparently little else to do than chase the two of them.

The persistent chase that both pulls them toward and pushes them both away from Lina’s room, and the lost item in it, is fundamentally harnessed, not simply to the expectations of a soldier’s wartime responsibility, but also to the mundane companionship that enables one to endure the banality of active duty. The elements of this banality, pieces on a chess board, appear in striking relief during Adnan’s formative and visionary epiphany in which he confronts his mistakes, his fears, and how he too has capitalized on the farce of war to enjoy an overinflated reputation.

This film is of course important for its contribution to a broader awareness of the everyday life of war in Sudan, particularly in the aftermath of its recent profound political transitions and the end of era guided by Omar al-Bashir. It also provides an extremely important perspective on the contours of masculinity, reminding one of both the ambivalent would-be freedom fighters of Hany Abu-Assad’s Paradise Now (2005), as well as the fool-hardy vengeance of the male-lead in Abderrahmane Sissako’s Timbuktu (2014). Hajooj Kuka’s Akasha undresses masculinity to reveal its anxieties and hopes as well as the possibilities for its fundamental reorientation to love and the emotional life of the men harnessed to it. 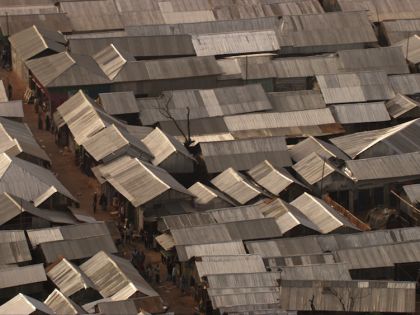 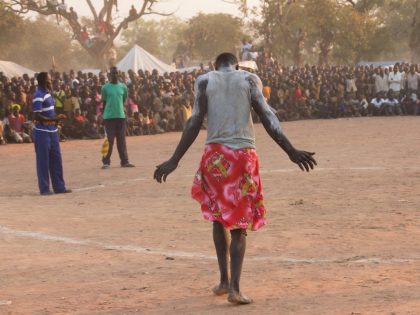 I recently ask students in a graduate class I teach on ‘media, culture and international affairs’ to do an experiment: take a camera, go outside (really downstairs on the New School ‘campus’) and test people’s …

The Model and The Activist

The one about the black model we all love to hate, and the white activist we all just love.