Ultras or fanatical football fans’ activities have always overlapped between football, social and political demands. Such groups have often shown their ability to mobilize and politicize stadiums.

Whether they are aware of it or not, joining a group of ultras allows fans to appropriate a new social identity (an identity opposed to rival groups, public authorities, companies, and so on), a new way of life, and a sense of belonging. Ultra-fans’ hostility is directed towards all symbols of authority. They oppose rival fan-groups but also law enforcement, governments, the rich who exploit the poor and the country. As one fan of Raja Casablanca, a Moroccan club says:

We do not want to be controlled by the police, the clubs or their associations. The best thing is to take care of ourselves. Can you imagine a young fan surrounded by an organism that symbolizes some authority? Or imagine a fan encircled by a state that does not grant us the slightest rights?

During the uprisings of the “Arab Spring,” political tensions amongst ultras reached their climax. Casablanca fans’ slogans and songs became more political and denounced, as usual, the social status quo. Meanwhile Raja fans sang their attachment to the monarchy and King Mohammed VI. However, Raja fans pointed out that the government and its ministers are getting rich by pocketing taxpayers’ money and looting public funds. The lyrics of the songs have become particularly revealing of the social and political context. For example, “The south magana curva has sharp and poisonous words, [and] hates the government” (“Magana messmouma takrahou elhoukouma”). “We have only one King, Mohammed VI, and the others are thieves who despise us” (“malikouna wahed Mohamed assadiss” or “al baky chefara” / “alina hagara”). “They fill their pockets with the poor’s money” (“maâmrin chukara bi fluss alfukara”). Their lyrics show the fans’ willingness to enter political action and to leave an historic trace of the events that shook the Arab world. This willingness to use symbols with political connotation is further evidence of their readiness to defy authorities.

That said, most of the time political knowledge is not very developed amongst football fans. This is not due to a lack of awareness regarding the current situation of their country, rather, it is due to the bad image and reputation of political actors. A fan from Casablanca tells me, “They come the day of the vote. And after the election campaign, they turn their backs on us and never come back.”

Football fans showed their support for the boycott through slogans on the stadiums and graffiti on the walls of big cities. Some of them even put graffiti of the name of their ultra-group on the trucks of the target companies. The Fatal Tigers of Maghreb—supporters of Maghreb de Fez—launched and signed a petition, thereby continuing their political activities at the Rif (with the “Hirak-movement”) and at the Jerada mines. Thirty-two Casablanca fans also voiced their political stances. During a match against the Diffaa El Jadida football team, students working at the OFFPT (Center for Professional Training and Promotion of Work) sang: “You do not want us to study… you do not want us to be aware [of our situation] … you do not want us to work… this way, we will be submissive, resigned, easy to dominate and to control.” (“mabghitouna nkraw… mabghitouna nw3aw… mabghitouna nkhadmou… bach tbkaw fina t7akmou”). This chant served as a prequel to the latest popular song Fbladi Dalmouni (“In my country, I suffered from injustice”).

Insofar as there are no organized structures and platforms for youth who feel excluded in Morocco, and a continual inability of political parties and traditional associations to listen to them, football fans display an ambition to penetrate the framework of public action through street demonstrations, petitions, positions in the public debate, and song. The groups provide a basis to encourage the defense of fundamental civil liberties, assert citizen demands and follow up actions in court. They do so by utilizing the tools from the repertoire of classical public collective action. 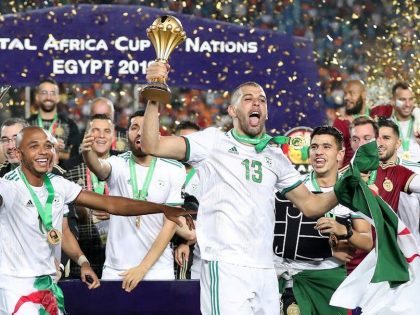 How the African Cup of Nations shows up Arab-African identity and cultural politics on the continent.

Egypt got knocked out in the Round of 16, but the hosts have been hamstrung by multiple events, including the military’s control. 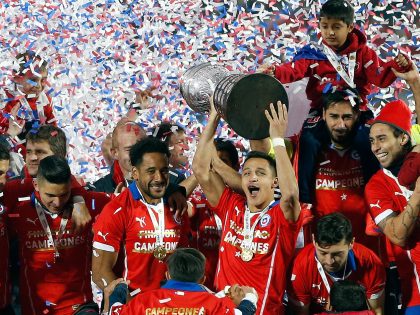 Can Football Still be Political?

Chile’s 2015 Copa America win won’t heal any of the political or social issues Chile is dealing with. But that’s fine. 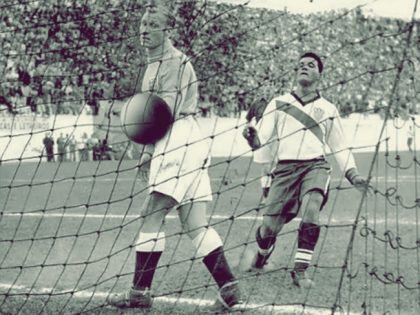 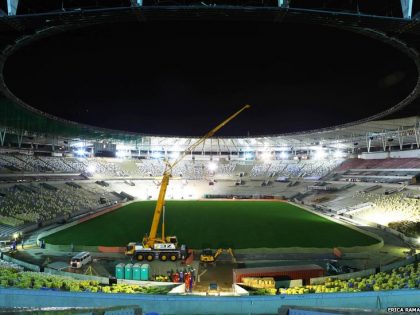 Day nine of our Rio correspondent’s World Cup diary wonders who the tournament is for and what the protesters demand.