On 31 May 2019, one hundred and twelve Equatoguineans and foreign nationals were sentenced in Equatorial Guinea for several crimes against the state related to the alleged coup plot of December 2017. Three of the convicts were key dissident figures, and were given 96-year sentences in absentia. The regime’s crackdown, led by the longest-serving republican head of state in the world, drew harsh criticism from NGOs and western governments alike. But even as opposition members were languishing—and likely being tortured—at the Playa Negra Prison, the “luxurious” Sipopo Conference Center (just 15 kilometers away), was hosting the AfDB’s flagship event featuring 3000 public, private, and civil society delegates from across the continent. Meanwhile, the IMF was considering extending a generous loan package in return for EG’s good-faith adherence to the EITI’s standards. How exactly has the regime avoided harsh criticism to remain one of the most improbably successful autocracies in the world?

Oil is the simplest and most proffered answer. When Equatorial Guinea was a relatively isolated, ex-Spanish colony under the torrential and violent reign of Francisco Macías Nguema, it was inherently unstable. Studies suggest that the former president’s “reign of terror” killed or expelled one-third to half the population, contributing to acute economic depression and alienating even his own family.  The regime was eventually toppled in a palace coup in 1979 by Macías’ nephew, current President Teodoro Obiang Nguema Mbasogo. But in 1995, the discovery and beginnings of large-scale extraction of vast crude reserves by Exxon-Mobil brought political stability and entrenched today’s ruling clan. The ruling family in particular has been enriched beyond any reasonable public salary through bribes, laundering, and embezzlement. When the President’s son and Vice President Teodoro Nguema Obiang Mangue (“Teodorín”) was convicted and sentenced for embezzlement by a French judge in 2017, a fine of $35 million was levied and a ritzy Parisian mansion seized. But as the country’s wells dry up (300,000 b/d in the early 2000s to roughly 120,000 b/d today) and fiscal insolvency looms, the government has drastically reduced social spending, while recent arrests of insiders suggest the regime has relied less on patronage and more on fear and force. Nevertheless, most if not all analysts agree that President Obiang will successfully transfer power to his son, with little margin for substantive political change on the horizon.

Perhaps the best way to conceive of the Equatoguinean “state” is not as such, but as a private enterprise, or even a family business. State security and important ministries (e.g. hydrocarbons) are dominated by the ruling Esangui clan of Mongomo, who are now at work assuring compliance with local content laws which will inevitably benefit family-held businesses, such as Teodorín’s old shell company, Somagui Forestal. The internationally recognized prerogative of rewarding and withholding lucrative oil contracts has been the regime’s lifeblood. That said, statehood is also problematic for a family which has proved itself keen to convert public funds into family fortunes. Statehood implies compliance with international treaties on human rights and exposes the regime to unwanted press attention, thanks to the pretense of public accountability. As the family are counseled by American consulting firms Greenberg Traurig and Centurion, addressing these concerns is likely to be considered a sunk cost of doing business. To keep the press lid from boiling over, overtures and olive branches are extended which might allow the most important western companies to look the other way; President Obiang adhered to CPLP standards by abolishing the death penalty in April, while Don Alfonso Nsue Mokuy, Third Vice Minister of the Government in charge of Human Rights, defended criticism following the country’s third UPR by claiming that they are an “open democracy” and that “there is no violence against women.” The very frequent hosting of summits or sporting events serves to guarantee positive news coverage and line pockets. The occasional donations to UNESCO and other charities have been made with no shortage of pageantry.

In addition to the costs of statehood, the regime has proven skillful at taking full advantage of its privileges and immunities, especially when it comes to heading off political contestation from below.  In a shockingly unequal socioeconomic climate, a cult of personality around President Obiang helps bolster domestic legitimacy, where state media have been successful in convincing many people of His Excellency’s mystical powers and near-godlike status. To preempt any non-state political formations, associations are restricted to a dozen or so people and are regularly monitored, while the non-oil business climate is kept arduous and small; non-state capital formation is dangerous and a direct threat to both the private and public entities owned and operated by the ruling family. If bureaucratic sanctions do not dissuade contestation, the fear of imprisonment and torture will do.  In addition to the trials outlined above, the law is interpreted broadly by a captured judiciary so as to seal convictions, disband opposition parties, or approve landslide election results. Diplomatic immunity is used to shield the assets of the ruling family’s private fortune, sometimes unsuccessfully, while the diplomatic corps itself is used to cultivate close relationships with regional autocrats like the now-departed ex-presidents Omar al-Bashir and Robert Mugabe.

This is how the regime’s violence and criminality have achieved chronic impunity, by making well-informed use of statehood and resources to deter foreign intervention and block domestic troublemaking. Agreeing with most analysts, the prospects for substantive change in this environment are unsurprisingly slim. Even if oil proceeds are dwindling, a recent and relatively successful round of licensing promises future discoveries, while further development of the country’s gas sector should supplement this. In addition, the clout that oil multinationals have with their home governments means that the most powerful countries have not been and are not likely to be overly receptive to humanist concerns. Above all, Equatorial Guinea is the paragon extraverted state in a neoliberal world, where capital moves and acts freer than labor. In a global system underpinned by carbon energy, the regime will remain intact until it is no longer willing or able to substantially supply for hungry markets.  Until then, the long-term bottling of any attempts at contre-pouvoir leave the Equatoguinean population bereft of tact, unity, or political-economic collateral. 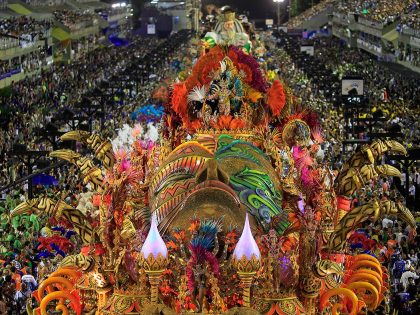 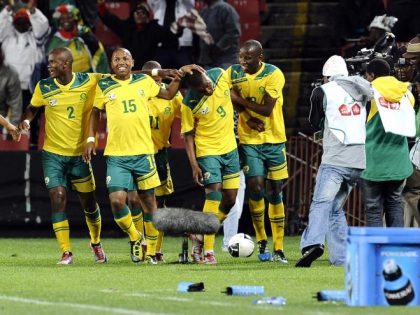 South Africa prematurely celebrating qualification to the 2012 African Cup of Nations championship is another case of history repeating itself when it comes to the administration of football in the country. 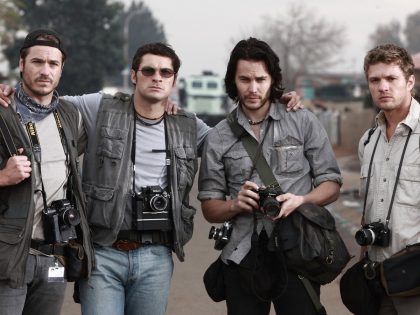