April this year marked the 25th anniversary of the start of the Rwandan genocide (observed on 7 April with Genocide Memorial Day), and South Africa’s first multi-racial democratic election (observed on 27 April with Freedom Day). The Rwandan genocide and the end of apartheid influenced the West’s perception of political violence in Africa and forced questions as to whether a liberal democratic nation-state can defuse ethnic conflict and racial animosity. These dynamics were constructed, historically, as natural social antagonisms that could only be managed through institutions governed by democratic procedures; while the impact of inherited politico-legal identities were minimized.

In South Africa, 1994 initiated changes for the better. It would be misguided to rebuke completely a historical moment where states facilitated the return of land to the dispossessed, allowed families to learn what happened to disappeared relatives, and permitted freedom of movement across the country. But twenty-five years later, after showing the world that the African nation-state can endure, it is unclear what or who has survived.

Is it a set of institutions and procedures, a mythic people who are redefining inherited identities or those who have survived in spite of rather than because of the 1994 transformation? Before 1994 becomes a “fundamental date” or plays “tricks” on the link between democracy and colonialism, there is the chance to construct a meaning of this year and highlight the (dis)continuity with the past. A meaning that undermines Africa’s subordinated position within European-defined modernity and privileges alternate historical trajectories that counter the nation-state.

National anniversaries and holidays create spectacular rituals of belonging that remind citizens of their state’s power and longevity. While every state commemorates dates specific to their trajectory; the national holiday/anniversary homogenizes political ritual across the globe and further naturalizes the nation-state as the most dominant and socially ingrained form of political organization. In the African context, national anniversaries also become moments to assess a state’s democratic progress, a chance to measure whether life has fulfilled past expectations about the future. The subtext being how government officials and economic leaders have wielded inherited institutions. But the temporal proximity to African independence makes many outside observers skeptical of the nation-state as a legitimate political form in the continent.  Such perspectives imply that the state could collapse at any moment, as its historical origins would always be always at odds with the so-called “traditional” desires of the (indigenous) people – rumors of Afrikaners suffering a white genocide or a Zimbabwe-like land grab in South Africa exemplify such sentiments. And the only antidote to such crises is time. But time in African politics is elusive as there is simultaneously an abundance and shortage of it. Homo sapiens originated in Africa, there were the ancient kingdoms of North Africa and the medieval empires of West and Central Africa and the countless other nomadic and sedentary communities with distinct modes of social organization. Yet liberal democracies still need more time. In time, South Africa will redistribute land or in time, Rwanda will have a different president or in time, country x will accomplish y goals. Even though all nation-states have their legitimacy questioned; African states appear to be held to a different standard, perhaps because in the 20th century the nation-state became similar to Western products designed for export; a commodity to be consumed, or a set of tools to be mastered. But as the legitimacy of Western governments is questioned, there is a chance to decolonize the nation-state, to disrupt its position as the primary site of meaningful politics, practices, and organization.

While decolonial theory disrupts European modernity by illustrating the symbiotic relationship between freedom and unfreedom, #decolonize social movements dismantle the epistemic violence of the colonial era, and its post-independence residues, by calling for the deracialization of socio-cultural spaces. But these discourses are difficult to translate into practical politics, especially in the muddied waters of this current era in which imperially-forged identities are widely embraced, threatening essentialization and obscuring other solidarities. Ultimately, current decolonial discourses are antithetical to the formation and maintenance of the nation-state as they try to reveal the historical consequences of how the exploitation and erasure of the colonized benefited the colonizer. Decolonial theory along with concepts such as biopower, necropolitics, and the dispossessed, have stridently argued that the nation-state’s survival comes from its ability to produce manageable communities, docile citizens, and expendable populations. But there has been a failure of imagination when it comes to understanding the politics that allowed the dispossessed reproduce their lives. Survival is often viewed as the bare minimum of what marginalized communities achieve; given how they are acted upon by the state. But it can also be the ability to create meaningful places and relationships that allow for the reproduction of one’s life and community regardless of a state’s actions, such as Abdu Maliq Simone’s idea of people as infrastructure. Such survival suggests a mode of democracy that eschews history, institutions, and procedures and focuses on the crafting of relationships that relate to one’s survival, indefinitely.

In South Africa, the renewed displacement of communities from desirable property and the intertwined housing and eviction crisis appear eerily similar to apartheid. Suggesting a continuity between the apartheid and multi-racial democratic states, especially in terms of how marginalized groups are treated, signals the reproduction of the spatialized relationship between capital and labor that constituted apartheid. While the survival of those who are neglected by the state is easily portrayed as new citizens exercising their rights or the continuation of the resistance against apartheid, it obscures the intricacies of how these communities work alongside, outside, or against the nation-state for their survival. By focusing on how these communities survive, rather than how the state compels their docility; we can outline an alter-politics to state policies rather than an anti-politics. Ghassan Hage’s alterpolitics encapsulate those politics of place that articulate alternative modes of political, social, and economic organization and were never fully incorporated into the nation-state. These politics also find continuity with the histories of those communities silenced during their struggles to transform the colonial and apartheid states colonialism. Consider the organization of townships, especially when community members create solutions to the purposeful lack of infrastructure and services; inter-generational and gender dynamics that challenge patriarchy and sexual abuse in the home, school or workplace; or the networks foreign and domestic migrants create to address their needs in new environments. Even though these issues may appear as social or a question of policy rather than politics, these communities are simultaneously addressing historical and contemporary state actions by disrupting socio-political hierarchies that have calcified and current neoliberal policies that curtail their social welfare. In 1994 there was no need to see these communities as outside or in opposition to the nation-state, as they were citizens of a new democracy, which at the time was enough. But as time marches on the survival of these and other communities on their terms transforms their survival into an achievement, rather than an accident, of history. If decolonial discourses are to make an impact in the academic discipline of politics and real-world politics, then it will need to ask different questions about the nation-state; questions that transcend the objective of trying to capture control of the state and envision the survival of those communities that have survived in spite of rather than because of the nation-state. 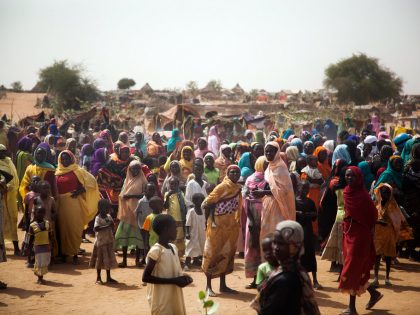 The revolution in Darfur

Lasting peace in Sudan’s Darfur region – 300,000 people dead and millions displaced by regime violence – should be a priority for #SudanUprising. 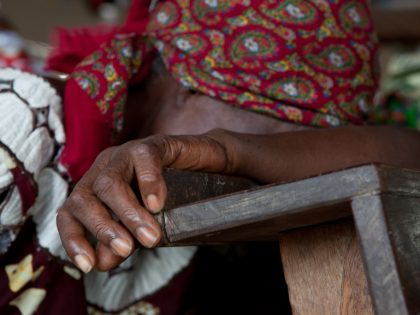 Can transitional justice initiatives achieve their ambitious agenda of combatting gender based violence? 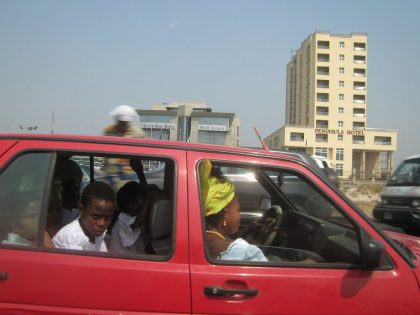 Biafra and other ghosts

After nearly fifty years, the real impact of the Biafran war on Nigeria remains to be measured, free from political gamesmanship. 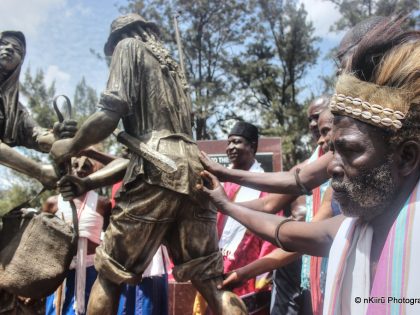 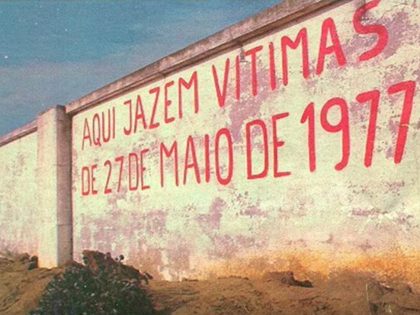