In the 1980s, I lived in Ajegunle, a working-class area of Lagos famous for its status as a “slum.” It is more appropriate to describe Ajegunle as a complex community of people from all parts of West Africa, but principally from the south of Nigeria. Sometime in 1986, Newswatch, a leading newsmagazine, ran a cover story on the issue of abandoned property. It coincided with the battle that Chief Odimegwu Ojukwu, former leader of the Biafran secession, waged to regain ownership of Villaska Lodge (in Ikoyi), belonging to his father. I sat in front of a drugstore at a popular hangout near Cemetery Market where teenagers often gambled on boiled guinea fowl eggs, reading the magazine. The pharmacist, a balding man with grave manners, asked to see what I was reading. After skimming the feature, he wondered if I knew why the building had a deck.

“Because you intend to add another floor,” I answered.

The war, he said, the war stopped everything.

Waving the periodical in the air, he said: “This thing will solve many problems.”

Encounters such as this gradually helped to collapse the borders that distanced Biafra from my world. Reading the literature of the war revealed the episode to me as an important part of the national psyche. Whenever my classmates and, later, colleagues (from the East) talked about the war, they did so in an emotive manner, an attitude that invariably confused the matter with the corporate status of the Igbo people within Nigeria, and with relations between the Igbo and the Yoruba, for instance. In such a circumstance, objectivity was hard to achieve; it seemed practically impossible, before and after the fact. After nearly fifty years, the real impact of the war remains to be measured, free from political gamesmanship.

In an essay on Pan-Africanism published in 1976, C. L. R. James, the Trinidadian political thinker, pointed to global imperialism as a major factor in the war. He wrote that the imperial powers “would have divided Nigeria if they had the chance, but the people said not a bit of it and they finished up with Ojukwu.” James ignored the immediate local contexts for the secession bid. In his 1995 memoirs, Under Three Masters, Chief Jerome Udoji argued that the Biafran War was an ego-trip for Ojukwu. The soldier’s sense of himself drove the campaign, Udoji wrote, and he used the war condition to foster a personality cult.

Perhaps. But so did many soldiers of fortune on all sides of the war. Besides, a strong sense of identity was reinforced among the Easterners, particularly the Igbo, from the experience of solidarity and shared loss. Ojukwu might have been interested in his own image, but the events got wiser than him. The crucial point is that Nigerians have done pretty little with this traumatic episode. It is fair to say that the Civil War was fought not to keep Nigeria one, but to further divide it.

The foregoing is excerpted (and revised) from an essay first published in early May 2001 as an intervention in the debate among Nigerians over the political values of the Justice Oputa Panel (“on truth and reconciliation”), set up in the wake of the return to democratic rule. A few months later, in September 2001, an online group of Nigerian writers and academics came into being. At one point or another, virtually every Nigerian-identified writer or intellectual, including some of the most famous in the world today, belonged to that group. Thinking back to discussions on the listserv, one is struck by how they often degenerated into ugly fights over ethnic identity in Nigeria — routinely, tiresomely between the Igbo and the Yoruba, with scant regard for those of other ethnic groups. Long before its members began to yield to the attractions of other platforms on social media, these fights and the controversies arising from them did much to undermine that group. There were active efforts to destroy what had emerged organically as a community of writers, most of them friends of long standing, and those efforts rode on the back of ethnic preference or prejudice, alias tribalism.

Ultimately, the efforts succeeded. One by one, loudly or in silence, members took their leave. Now those still signed on to the listserv receive monthly notices about “house rules.” A community no longer exists, but the rules supposedly governing its existence do. One could respond to the current Biafran agitation in Nigeria by saying, cynically, that no one interested in understanding anything about Nigeria need look any further that this example of mutually assured destruction. One could respond in another way, though. Nigerians need to acknowledge Biafra as one of their inescapable traumas, and honoring the memory and the courage of individuals from the “enemy side” who identified with and suffered for the cause before, during and after the war depends on such an acknowledgement. 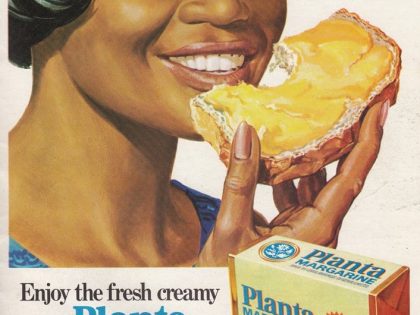 This Facebook group page is worth visiting. The administrators collect photographs, including video and sound bytes, “… depicting scenes and people from Nigeria between 1960 and 1980.”