In a historic ruling, the UK Supreme Court has allowed 1,826 Zambian villagers to continue to pursue their case (Lungowe v. Vedanta) against UK-based mining giant Vedanta in the UK courts. The villagers from Chingola, in Zambia’s copper belt, have been fighting for over a decade for compensation following serious pollution from a mine owned by Vedanta’s Zambian subsidiary, Konkola Copper Mines (KCM), which poisoned their land and waterways. (More on the background of the case here.)

The ruling is a significant step forward. A positive outcome isn’t certain—the company has vowed to “defend itself against any such claims at the appropriate time”—but for now, the door is still open. The case has significant implications for other victims of business-related human rights abuses and for multinationals, because it expands the parameters of a company’s legal “duty of care.”

Such cases also raise a familiar question: are Western multinationals’ investments in Africa delivering sufficient financial and developmental benefits to the host countries? And what more can be done to ensure they don’t palm off their responsibilities?

The judges gave clear examples of what could constitute “control.” A parent company might establish policy and guidelines for its corporate group, take active steps to make sure these are implemented, or make public commitments relating to its responsibility to communities and the environment which it then fails to put into practice.

In this case, the judge cited Vedanta’s own public commitments which stated that the company had control over the Zambian mine and was responsible for KCM’s operating standards. Significantly, this implies that a company’s “Corporate Social Responsibility” commitments are worth more than the glossy pages that they’re printed on—companies must be held accountable for them.

The judge also acknowledged that the claimants would have faced significant barriers to bringing the company to justice in their own country, including lack of funding to advance their claims in a Zambian court.

One month after the ruling, the Zambian Government announced plans to liquidate KCM and renationalize or distribute its assets, alleging that Vedanta had violated its mining license (in a possible reference to the Chingola pollution) and failed to pay tax.

The news has rattled foreign investors, with some seeing the move as an attempt to offset Zambia’s debts and shrinking foreign currency reserves. And while the Government claims Vedanta has not been investing in KCM, the company says it operates in a challenging financial environment, with KCM not making a profit in recent years.

But this is not the full story. Campaigners have documented the parent company’s opaque financial structures, revealing how operating through shell companies registered in secrecy jurisdictions has allowed the firm to evade tax—despite being granted generous terms by the Zambian Government. In May 2014, a video emerged showing Anil Agarwal, Vedanta’s founder and chairman, mocking the Zambian Government for selling KCM for peanuts.

What next for parent company liability?

The Zambian farmers’ case will either be settled or will go to trial in the High Court at a date to be determined. In the event of KCM’s liquidation, the approval of the Zambian courts would be needed to allow the UK legal action to continue.

But there is less clarity for victims in other cases—and for companies. Last year, in a case brought against Royal Dutch Shell and its Nigerian subsidiary for devastating oil spills in the Niger Delta, the UK Court of Appeal found that publication of group-wide human rights policies was not in itself sufficient to place the parent company under a duty of care. Precisely the same argument was rejected by the Supreme Court in the Vedanta case.

This creates a great deal of uncertainty about the responsibilities of companies and the prospects of redress for people harmed by corporate activities. The claimants in the Shell case are now waiting to find out whether they too can take their fight to the Supreme Court.

Calls for a new law

In April, 25 UK NGOs and trade unions launched a call for a new law to make UK companies take action to prevent negative impacts on human rights and the environment from their international operations (including their subsidiaries) and supply chains.

This would provide clarity for business on their responsibilities. If harms did occur, the burden would be on companies to prove that they had implemented appropriate procedures, making it easier for people from communities like those in Chingola to hold them to account in court.

Such regulation will undoubtedly face some opposition from business. But the current situation cannot continue. It is essential to ensure that UK companies benefiting from their investments in African countries do not so at the expense of Africa’s citizens. 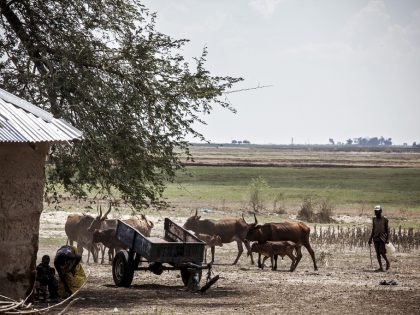 In January 2019, a group of Zambian farmers brought their fight for justice to the UK Supreme Court, in a case with far-reaching implications for multinational companies. 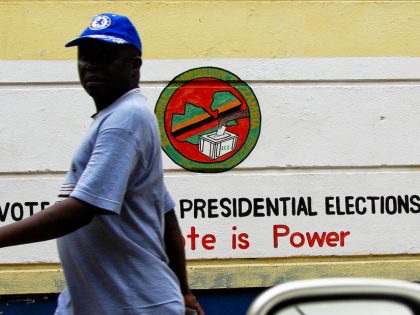 Another socialist party in Zambia

In the unpredictable game of Zambian presidential politics, will the new Socialist Party win a chance to prove that it is different?