Binyavanga was my generation’s conscience, our James Baldwin and Achebe rolled up in one and now he is gone. He passed away after suffering a stroke at a Nairobi Hospital on Tuesday night. I knew he wasn’t doing well, but death?

Chinua Achebe died when he was 83 and Binyavanga was only 48, a number that strikes me hard because we were born one month apart—he still had half of a lifetime to write and agitate for a better world. But even so, the only way I can understand him is as my generation’s Achebe. That is a writer who not only produced seminal work, but also contributed to and shaped the African literary tradition into what it is today. In the sense of their being a before and after Achebe, we now have, tragically, a before and after Binyavanga.

In the condolences and remembrances that have poured out through social media, the one word that stays with me, is generosity. It was generosity that led him to start Kwani? With the money he won from the Caine Prize. But more personally, it was Binyavanga who introduced me my first literary agent, David Godwin back in the early 2000s and some of my early published work appeared in Kwani?

Kwani? went on to change African writing and made it younger, faster, experimental and become the home for a new generation of writers while the Kwani Lit Festivals invested in intergenerational and cross-cultural conversations.

He showed us how to be brave at a time when writers, even though political largely stayed away from sexuality politics. His coming out as gay at a time when homosexuality was being further criminalized in East and Western Africa was a brave political act—as was his refusal to visit George Bush’s White House, because, he would later tell me, he did not want to be used as the black African gay poster boy by a decidedly racist and war mongering government.

But what I love the most is his memoir One Day I Will Write about This Place and how it captured the cruelties and the absurdities of living under a dictatorship, the deadly seriousness of young people, who otherwise enjoyed dressing up as Michael Jackson, being tear gassed at political rallies.

We grew up at a time when it was illegal to dream of the presidents, to have gatherings of more than five people without a permit, economic structural adjustments that created even more poverty, we listened to Kenny Rogers and Dolly Parton, breakdanced, and went on school strikes—only Binyavanga could capture that Kenya that was half tragedy and half an absurd comedy. If every generation has a book that speaks to, of and for them, say Things Fall Apart for my father’s generation, One Day I Will Write About this Place is that book for my generation. Yes, while there was still a lot more work for him to do, he had already done so much.

I first him at a time when my family and I were traveling from the US to go to Kenya to support my father, Ngugi Wa Thiong’o and step-mother, Njeri Wa Ngugi during the trial of those who had been arrested and accused of robbing and assaulting them. This was when my father first returned in 2004 to break his 22 years of political exile only to have the dream of return become a nightmare. The trauma of going to the courts day and in day out and listening to what happened to my parents almost scarred my idea of my home. But meeting Binyavanga and talking writing, literature and music, to be forward looking and full of dreams is my enduring memory of that time.

It was during that time that he took us to visit Kalamashaka, the Kenyan hip hop group in the slums of Dandora where they lived. The image of all of us sitting under a beautiful magnificent tree that Kalamashaka had planted to make an aesthetic and political statement that we can create beauty no matter where we live, the case of Tusker beer and soda between us, just communing is what immediately comes to mind when I recollect those traumatizing days.

Like most professors working on Africa, I begin all my classes with his satirical piece, “How to Write About Africa.” I also teach One Day I will Write About This Place and wish more people would talk about it. It is only now that it occurs to me what a gift it is to teach the work of a friend, to be intellectual collaborators with someone whose company you also love, drinking and talking late into the night as you hop from book festival to book festival.

His family has a lost a brother, an uncle, a nephew, a godfather and lover. And then they, along with the rest of us, have lost a brighter future for it does feel a little darker now. 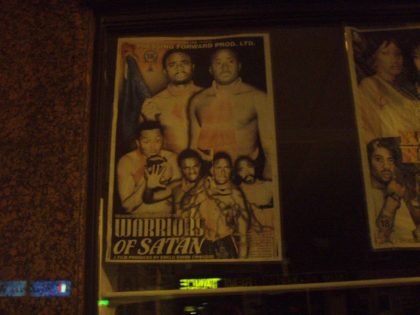 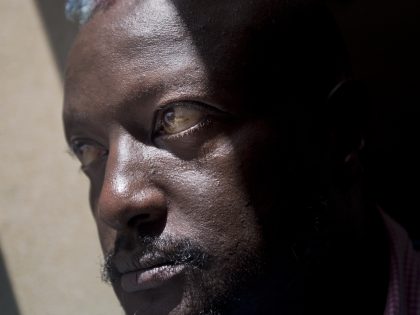