At the beginning of April, 2019, a fierce debate took off on French-speaking social media. The controversy was around a mural by French artist Hervé Di Rosa that was painted to commemorate the 1794 abolition of slavery in France’s colonies. In it, two black faces smile with exaggerated red lips, a chain breaks between them.

The mural was painted in 1991 inside the French National Assembly. The image also graced the National Assembly’s website until professor and filmmaker Mame-Fatou Niang and novelist Julien Suaudeau began an online petition for its removal. Di Rosa defended his work in the media, but the French Parliament removed the image from its website.

For Di Rosa and his supporters, removing the mural is an act of censorship. He argues that his critics don’t understand his aesthetic. His supporters aruge that if we just understood art and Di Rosa’s satirical “pop cartoon” representation of slavery, we would understand that a black face with bulbous eyes and fat red lips is an entirely appropriate way to honor the memory of the enslaved who fought for their liberty in 1794.

This is not the only time that a white artist’s representation of black people in France has gone awry. A more recent and less immediately controversial work, Céline Sciamma’s 2014 film Bande de filles (released as Girlhood in English), suffers from similar problems as Di Rosa’s mural. Both works deny that context matters and therefore reproduce stereotypes that fail to capture the people they claim to represent.

If Sciamma’s 4-year-old film and Di Rosa’s 28-year-old mural have resurfaced in 2019 debates about race in multicultural France, it is because the underlying problems of power and representation are still fundamental. Simply put: Who gets to speak for black French people?

The National Assembly mural undoubtedly bears resemblance to historic racist colonial depictions of black people. Di Rosa’s defense is that he is an “equal offender” who caricatures everyone, a defense also used by the editors of Charlie Hebdo. But what does it mean to ignore the historical context of these colonial images and to reproduce them today? What does it mean when an artist chooses to adapt a signature style that has been weaponized to dehumanize black people? What does it mean to claim that the grotesque is simply an aesthetic to a group already crushed under the weight of grotesque historical representation?

The only way this mural is allowed to remain in the halls of power is if the artist’s privilege to portray black people supersedes the historical and present-day implications and consequences of that portrayal. Power and privilege intersect in the halls of the French Parliament.

As for Bande des filles, admittedly the film’s beautiful and seductive cinematography made its pitfalls much less evident, even to savvier viewers. It is now a staple on the syllabi of French college courses—not to problematize its representation of black girls but rather as an accurate portrayal of black French girlhood.

However, for many black French thinkers and artists, the film is anything but that. DJ Christelle Oyiri, for example, has discussed the film’s heavy reliance on synth as an inauthentic soundtrack to the girls’ lives. She sees the choice of synth over dancehall, rap or techno as Sciamma’s imposition of her own musical aesthetic into the black French cultural space. By Sciamma’s own admission, she did no research before writing her script but remains convinced that the film is a successful representation of the lives of black girls.

Others have pointed out the inexplicable violence of the protagonist Marieme’s brother. While the actress Karidja Touré does an excellent job of conveying her inner turmoil, her brother’s interior life and his violence towards his sisters is never discussed. It need not be explained. It is already a given. He is a black man from the banlieue. He is violent. And in that equation lies Sciamma’s reliance on the images that have come before, on the fixed ideas of the banlieue that her audience will already bring to the film. Bande de filles does little to trouble those fixed ideas.

The film’s cinematography is troubling as well, especially Sciamma’s choice to consistently have the camera pan slowly and languidly over the bodies of Marieme and her friends. Sometimes their faces disappear and all we have is an obsessive exhibitionist display of stomachs, thighs, arms and breasts. For Oyiri, Bande de filles is “like a white feminist gaze tending to objectify black femininity.”

In reviews of the film, prominent media outlets praise Sciamma’s dismembering gaze, giving rise to a plethora of exoticized descriptions of the actresses. This included gems like “feline silhouette, African braids and doe eyes” and “flowers of the projects, swaggering and painted like Red Skins on the field of an unsuspecting battle.” Sciamma has no control over what reviewers will say about her film, but it is clear that the exotic, colonialist language arises from the gaze that her lens invites viewers to adopt.

Like Di Rosa’s mural, Bande de filles insisted that art can ignore context, replicate the same tired stereotypes and pass them off as creative. Certainly, representation matters, but in this case, context matters too. And ultimately, not all representation is representation. 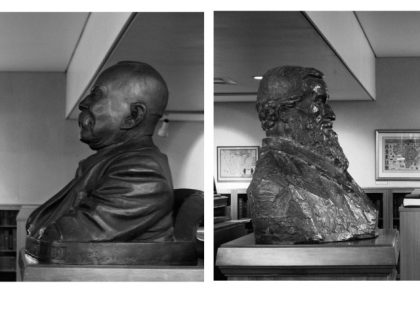 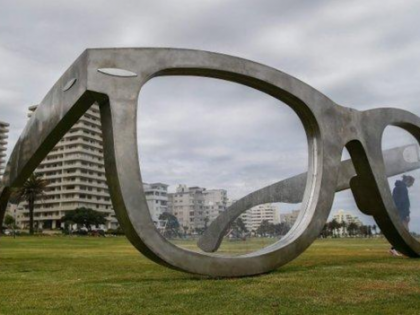 Public art, the vandalism of Nelson Mandela’s legacy for commerce and the spoiling of public space in Cape Town. 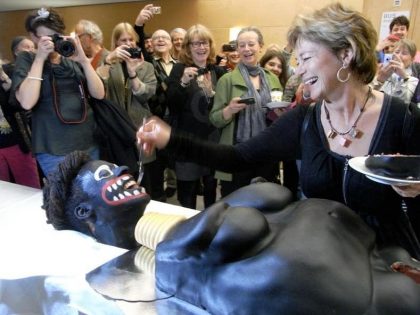 It’s a brilliant staging of structural racism and post-colonial existence by the artist Makode Linde.