When the sad news came of Samir Amin’s passing on August 12th, 2018, a plethora of beautiful obituaries were published in his memory (see for example here, here, here or here). These have made it more than evident not only how important his scholarship and work through the World Social Forum is, but also what an extraordinary person he was. We never had the privilege of meeting Samir Amin in person, but he was very kind to grant us an interview over Skype for an e-book we put together in 2017 on the contemporary relevance of dependency theory (since published by the University of Zimbabwe Publishers). Now we wish to unpack his contributions to our understanding of political economy and uneven development, and explore how his ideas have been interpreted and adopted in different contexts, and their relevance today.

Samir Amin’s work is not just relevant for Egypt, for Senegal, or for the African continent. His insights stretch beyond national and regional boundaries in tireless efforts to analyze how international capitalism manifests itself both at a global level, and in specific contexts. What is particularly impressive about Amin is that he made no attempts to conform to the “mainstream” of the profession, nor of any discipline or theoretical tradition. On the contrary, his work transcended disciplinary boundaries, combining insights from economics, politics, and history, and his Marxist analysis was deeply critical of many of his Marxist contemporaries. As he once said in an interview, “I consider a Marxist as starting from Marx but not stopping at Marx.” Amin argued that many western Marxists neither went beyond Marx nor did they acknowledge and analyze the intrinsically imperialist nature of capitalism.

Amin became one of the pioneers of dependency theory (see here), which in the 1960s and 1970s was a hotly debated theoretical framework, with the central idea that core countries benefit from the global system at the expense of periphery countries, which face structural barriers that make it difficult, if not impossible, for them to develop in the same way that the core countries did. Important for Amin was the notion of unequal exchange (see here).

It is particularly within the African continent that Amin made efforts to build institutions and foster dialogue and debate. Amin founded both Third World Forum and CODESRIA. As Issa Shivji put it in his obituary, “he has consciously done everything possible and seized every opportunity available to provide space, forum, and a training ground for young African scholars.”

Why is Samir Amin not reflected in most contemporary curricula?

When Amin published in the first issue of Review of African Political Economy (ROAPE) in 1974, the editor wrote: “It is our hope that his work, which represents the most significant African contribution to the debate on underdevelopment, will be studied widely and discussed critically.” Indeed, his work has been discussed critically and read widely. As Mahmoud Mamdani wrote, Samir Amin “introduced an entire generation of young scholars, myself included, to think of under-development in historical terms.”

However, Amin has not been studied as widely as perhaps the ROAPE editor, and others, had hoped. Due to enduring eurocentrism in academia, few contributions by thinkers from outside of the western world make it to textbooks and curricula in universities around the world. Indeed, we know from our own experiences with studying political economy and development in different disciplines and in different regions, that Samir Amin is rarely required reading, regardless of the level of study. University of Zimbabwe is the exception, as several of Amin’s key articles and books are on the curriculum in its Economic History program.

This exclusion of non-western scholarship has led to calls from across the world for a decolonizing of the curriculum (see Chelwa 2016 on Economics in South Africa, Jayadev 2018 on Economics in India and Sabaratnam 2017 on UK academia more generally). In economics the situation is perhaps the most dire, where not only is non-western scholarship excluded, but since the 1970s there has also been a narrowing of the field with the rising dominance of neoclassical economics. This means that all forms of theorizing about dependency, exploitation, and historical materialism have been removed from mainstream economics teaching.

Samir Amin’s work has been a great source of inspiration to us, and we believe it is a loss to students interested in questions of uneven development if they are not confronted with Amin’s analyses. Amin’s core contributions to economic and political thought, in particular his notions of unequal exchange, the role of imperialism, eurocentrism, and the need for delinking, are still relevant to debate today, and should therefore be made accessible to students across disciplines. Nevertheless, particular new developments, such as, for instance, the intensification of financialization globally and the rise of China, mean that his conceptualizations might need to be rethought within new contexts. We also think that there is a need for greater intellectual exchange between those who are closer to Amin’s own generation, and younger scholars who grew up intellectually under different political, economic, social and (not to forget) academic circumstances.

Samir Amin and Beyond

With the desire to both celebrate Amin’s intellectual legacies and to interrogate the relevance of his ideas today across different contexts, we are currently working on an edited book titled Samir Amin and Beyond: Development, Dependence and Delinking in the Contemporary World.

The book will cover key themes, including the economics of imperialism, unequal exchange, crisis, decolonization and delinking, and feature chapters by a range of both senior and younger scholars. These include professors Marisa Silva Amaral,Sabelo J. Ndlovu-Gatsheni, Jayati Ghosh, Kin-chi Lau, Adebayo Olukoshi and Cathrine Scott, as well as Ziyana Lategan, Francesco Macheda and Roberto Nadalini, Petronella Munhenzva, Francisco Perez, Natasha Issa Shivji, Ndongo Samba Syllaand Salimah Valiani. Through this book, we are hoping to contribute to a dialogue across generations, disciplines and regions on the contemporary relevance of Samir Amin´s prolific contributions to social and economic critical thought. 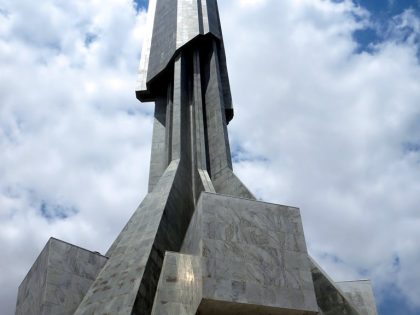 Science fiction as genre offers the opportunity to African artists to consider Western cartographies of the future as fictions in their own right.