There are fourteen Sudanese restaurants in Berlin. The newest of these, a café called Kush, opened a few weeks ago on Afrikanerstrasse, in a neighborhood known as the African Quarter—Afrikanisches Viertel. The location was unintentional, according to Sudanese business partners Asa El-Dishoni and Mohamed Jeballa.

Afrikanisches Viertel derives its name from the 19th century, when “animal trader” Carl Hegenbeck proposed the area host a permanent zoo exhibiting African people and animals. Hegenbeck had already trafficked Sudanese people and displayed them in moving exhibitions across Europe. (He later died after a snake bite slowly poisoned him).

Inside Kush, which serves up modern Sudanese street food, El-Dishoni and Jebella hope that focusing Berliners on Sudanese culture can educate them to the broader region’s history. The café gets its name from the ancient kingdom that extended from Sudan into Egypt. Meroë, the former capital (300 BCE–300CE) is in present-day Sudan and the site of more than 200 pyramids. “Many foods—like wheat and millet—started from this time in Kush and we’re still eating them today,” says El-Dishoni as she pours us cups of steaming cinnamon tea. “Sudanese food is incredibly diverse—it has Turkish, Arabic and African influences.”

The restaurant is decorated with large-scale wooden carvings created by the Sudanese artist Samreen Syliman. Kush crafts all its sauces (peanut, sesame, eggplant) from scratch and fish is on the menu one day a week, rubbed in chopped herbs and grilled. There is a satisfying crunch to the tamiya, the Sudanese version of falafel, the outside shell hiding a crumbling interior flecked with coriander. The hummus is creamy and tangy with plenty of crushed garlic. The perfectly grilled kofta still smells slightly of smoke.

El-Dishoni was born in Sudan, but her parents moved to East Germany when she was  two months old. Her father, a professor of agriculture, taught in Leipzig and then later around the world—Eritrea, Algeria and Yemen. Her mother, who worked as a dental technician, stayed with El-Dishoni and her siblings in Leipzig. El-Dishoni studied business administration and then managed the financial departments at several embassies in Berlin.

Jeballa came to Germany some 28 years ago for a degree in applied physics after finishing high school in Khartoum. He later obtained a masters in laser technology, and then worked for various German and American companies until he and El-Dishoni met through mutual friends. They decided to start a medical supply business five years ago; Kush is their first food venture. Eventually, they say they’d like to open a larger Sudanese restaurant in Berlin with a more extensive menu.

As we talk, men stream in on their lunch break wearing bomber jackets and sweatshirts. The restaurant is located in the working-class neighborhood of Wedding, where a recent movement has fought to re-name several streets that honored German colonizers to African leaders. While the street names will symbolically change, German politicians are scaling-up measures to control migration from the Middle East and Africa. Most recently, some centrist and far-right political leaders have called for Germany to shun international migration agreements—turning the signing of a United Nations pact into political grandstanding.

There is no political grandstanding at Kush, just good food and a welcoming vibe, because “Berlin isn’t Germany,” says Jeballa. “Just like that website you write for—it’s really its own country.” When they opened, members of the Sudanese community distributed flyers in the mailboxes of all the nearby houses. “Kush isn’t business, adds Jeballa. “It’s love.” 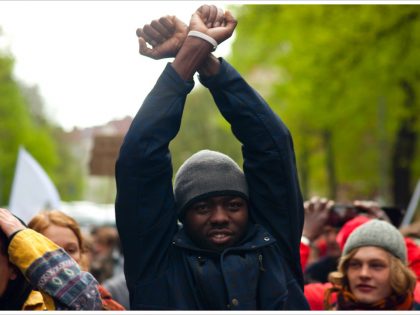 “What is the difference between refugees and ‘normal’ citizens besides the fact that the former had to flee from their homes? There is none.” 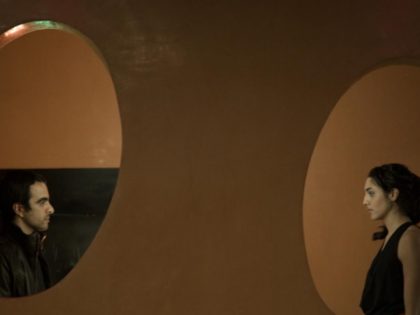 Dabbling in the sublime

The 2012 edition of the Berlinale includes a number of films from Africa or with African themes.