Sisonke Msimang’s Always Another Country is an autobiographical reflection on these themes. From childhood escapades in Lusaka and Nairobi, to finding her way in post-Apartheid South Africa, she reflects on both the personal and political struggles of returning home. Based around a series of narrative reflections, we move between the Zambia of ANC exiles, the NGO-expats of Nairobi, Ottawa’s cloistered suburbs, American Midwest colleges and, finally after 1994, to South Africa with its hopes and betrayals of freedom.

Msimang’s father fled South Africa in the early 1960s, joining up with the ANC underground and eventually making his way to Zambia where he met her mother, a Swazi women pursuing studies. Her childhood story begins in Lusaka, amidst the ANC exile diaspora, but moves between Kenya and Canada. Reflections from these early years are primarily about family dynamics, playground antics and sibling rivalries. Below the surface, however, are experiences of racism, xenophobia, sexual violence, and the sense that, as a family, they are a part of something much larger.

Her formative years at university are marked by the tensions between being a good daughter and student, and the allure of rebellion. These are familiar stories, relationships gone wrong and parental conflicts, often told through trans-Atlantic conversations. If the first half of the book is about these movements and the transition from childhood to adulthood, the second is both a deeply personal and political telling of the complicated politics of return and the South African transition.

In a chapter titled “New blacks, Old whites,’” Msimang reflects on the new South Africa taking shape around her. While her family has moved up through the ranks of business and politics, others remain trapped in an increasingly normalized poverty. At the same time, she notices white resentment all around her. The lofty promises of non-racialism and reconciliation are tested in leafy suburbs and supermarket aisles.

The return from exile was imagined as a new dawn. The idea of a free South Africa “was a castle we built in the air,” she writes, and “When we returned from exile the castle stayed firmly in our mind’s eye.” Soon enough, South Africans confronted a past that was deeply entrenched and uncomfortable truths about its present and its liberators. Xenophobia, violence and inequality all made South Africa, in Neville Alexander’s words, an ordinary country. In facing these truths, we also see her deteriorating relationship with the movement she was born into, the ANC. In the wake of the August 2012 massacre of workers at Marikana in South Africa’s platinum belt, she wrote:

This time, the ANC doesn’t only have the blood of the sick and the dying on its hands, but also of the healthy and the strong. There were the bullets and bodies, beamed across the world. There was the devastating vulnerability of the black bodies for all to see. They lay strewn—arms and legs akimbo in heart breaking stillness—and if you didn’t see them it was because you chose to look away. The bond of trust between citizen and leader—what was left of it, anyway, after the brutalising [Thabo] Mbeki years [President of South Africa from 1999 to 2008]—is broken. In the wake of Marikana, living in South Africa is like living in a haunted house. There are ghosts everywhere and they seem to be gathering force. They are no longer mournful either. No this time the dead are angry and their spirits are shrieking. It is as though they are preparing to send a war party to those who authored their destruction.

In a deeply personal series of chapters, we also see how this is very much a book about the opportunities and trappings of middle class life. By purchasing a house with her family in suburban Johannesburg, Msimang imagines a bucolic family life, a realization of “the new South African dream.” Yet it is the lush suburbs where “the obviousness of our privilege begins to eat at us.” Rather than a suburban utopia, the house reveals a community in which violence is an organizing principle. Worse is that those who live there are unwilling to see their complicity. Black or white, violence is both an organizing principle and constant source of fear. “This is middle-class South Africa: hoping for the best. Bringing home the bacon. Buying new cars. Planting hedges. Hoping for the best, but creating the worst.” In the end, the house and the country, no longer feels like a home.

It is through her reflections on family and relationships that we see the evolution of Msimang’s political identity. While a college student she rejects her parents’ non-racialism and embraces a militant Black nationalism. It is through a relationship with a white Australian, though, she questions her political identity. “I want him to be black, but he is not,” she writes. A similar episode plays itself out when her daughter is born, more white than black. Her militancy, she admits, takes a toll on her family and relationships. It is in the final few chapters, as her disillusion mounts and she leaves South Africa, we glimpse how these episodes have shaped her. What matters are not ideologically rigid positions, but the importance of kindness, care and responsibility to others. Ethics which, at one time, presumably underpinned liberatory politics.

Unlike Edward Said, who writes of exile as “the unbearable rift” or an “essential sadness,” Msimang’s exile is more ambiguous. Her experience of school-ground racism in Canada or isolation in the US are real and challenging, but part of a protracted process of self-discovery and reinvention. Exile is of course political and shaped by multiple hardships, but at the same time brings with it encounters that are liberating. Exile, she writes, both “stole from me,” and “exile was my parents’ greatest gift.”

Exile makes one love the idea of home. Time and space breeds nostalgia that is ultimately tempered by return. Unlike so many memoirs or recollections of the Apartheid transition, however, this is not only a tale of disappointment. Rather than a search for some essential truth about the post-Apartheid condition, Msimang writes of liberation, both personal and political as a journey, and of how movements and places makes us who we are. 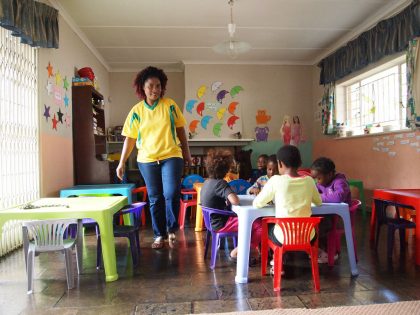 For African immigrants to South Africa, belonging may be akin to that of brown or black person somewhere in Europe. That’s how alienating South Africa can be.