Since the dawn of the 21st century, Sub-Saharan Africa has experienced two decades of virtually uninterrupted economic growth. For many development specialists and influential Western public opinion outlets, this growth revival has displaced a deep sense of “Afro-pessimism” that dominated the closing decades of the 20th century. The new optimistic and at times even “Afro-euphoric” outlook, has fostered hope in the development community to reduce poverty at a faster pace. In reality, however, the poor African masses still feel little from aggregate growth.

Sure, the decline in global poverty rates has been spectacular, falling from about 42% in 1981 to 10% in 2015. But this drop was to a large extent driven by Asia, and by China in particular. The world’s remaining “bottom millions” are more and more concentrated south of the Sahara. The percentage share of Africans living under the poverty line declined modestly over the last three decades, dropping from 54.3% to 41.1% in 2015. More concerning, however, is the fact that the absolute number of the poor has been on the rise over the last three decades, as rapid population growth rates (2.7% per year) have outpaced the decline in the poverty rate (-0.53% per year). Whereas a total of 276 million Africans were living on less than $1.90 a day in 1990 (2011 Purchasing power parity or PPP), this number had grown to 398 million by 2015. Considering that African demographic growth is expected to continue unabated over the next century, what are the chances to shift the gear of poverty reduction on the continent?

A basic trend simulation paints the following picture: If relative poverty rates continue to fall at the average pace that was achieved between 1990-2015 (-0.53%), full eradication would only be realized in 2093. Meanwhile, the total number of people living in poverty would continue to rise for at least two more decades, reaching a peak of 497 million in 2044 according to the medium-fertility scenario. To realize the UN’s Sustainable Development Goals’ priority target of full poverty eradication by 2030, poverty rates in Africa would have to accelerate to the record pace that was achieved in China, where the share of people living extreme poverty fell from 88% in 1981 to less than 1% in 2015. And although the pace of poverty reduction in Sub-Saharan Africa has climbed to an average of 1.1 percentage points in the last five years, this is still less than half of the rate that would be needed to replicate the Chinese path.

Development specialists widely agree that a more spectacular poverty alleviation record requires the growth of a dynamic manufacturing sector that can absorb the region’s rapidly-expanding pool of underemployed youth. Silent hopes that Africa may replicate China’s accomplishments in combining rapid industrialization with accelerated poverty alleviation are founded on the idea that Africa is getting ready to embark on a path of export-led growth, centering around labor-intensive light manufactures such as textiles and apparel, leather and wood products, Agro-Industrial products, and a range of basic metals, electronics and chemicals. The premise here is that global industrial development follows a so-called “flying geese” pattern, in which lesser developed economies with lower wage levels gradually take over from industrial leaders who experience upward pressure on wage costs.

In a recent article in African Affairs, we scrutinize these hopes for industrial growth by reviewing the promises and pitfalls of historical development analogies. We zoom in on three questions: how likely is it that economies that long specialized in the production of land- and resource-extensive primary export commodities will make a quick transition to labor-intensive industrialization? What historical evidence exists that shows such transitions result in a rapid improvement in the standard of living of the poorest income groups? And what are the chances for Africa to replicate Asia’s “growth miracle” in a world where Asia has just obtained its competitive edge?

We tackle these questions by comparing the historical growth experiences of three countries that can be seen as regional economic frontrunners: Britain, Japan, and Ghana. Where Britain’s Industrial Revolution set the stage for a rapid diffusion of capital-intensive manufacturing in 19th century Europe and North America, Japan was the first Asian country to industrialize under a labor-intensive path. Ghana–then the Gold Coast–also saw substantial economic dynamism in the 20th century, but this occurred under a different and more volatile path of economic specialization: land-extensive growth. Although Ghana’s “cash-crop revolution” was exceptionally successful in raising living standards, the general path of economic specialization was exemplary for larger parts of 20th century Africa. Our comparison of these long-term growth trajectories yields four major insights that are relevant for present-day development policies.

First, a big industrial “push” usually does not translate into rapid poverty alleviation (China was a historical exception for a variety of reasons). In both Britain and Japan real wages of lower income groups responded slowly to industrial growth; much slower, in fact, than real wages responded to land-extensive growth in Ghana. The quick pace at which welfare gains trickled down in Ghana until the late 1960s, were to a large extent rooted in Africa’s high land-labor ratios. Low population densities meant that labor was relatively scarce compared to land, thereby exerting upward pressure on the price of labor. As we have shown in earlier work, in places where colonial interventions in land and labor markets were relatively “mild” (which was the case in the Gold Coast and other parts of British West Africa, but not in many other parts of colonial Africa), labor scarcity translated into comparatively high wages.

However, the current demographic boom implies that the historical conditions of land abundance and labor scarcity are now irreversibly disappearing in Africa. This is not only closing the door to the earlier path of land-extensive growth, it also erodes the possibilities for relatively quick poverty reduction through rising rural and urban wages. Even if Africa will follow a path of labor-intensive industrialization in the near future, which we do not foresee (see below), we should worry about the time-lag between labor productivity growth and labor income growth.

Second, rapid industrialization in Japan was facilitated by a large wage gap with the West. The ratio of Japanese (real) wages relative to those in Britain in the early stages of Japan’s industrialization was about 1:8, giving Japan a significant labor cost advantage to undercut global markets that were dominated by the West. The wage gaps between most African economies and late industrializing countries in Asia today are not nearly as large (1:3 at best). This suggests that labor-intensive export-led industrialization is harder to realize for Africa in a world where Asian manufacturing is still gaining prominence than it was for Japan and other Asian countries a while ago. Only in Ethiopia is the wage differential with China in the order of 1:8, and it is exactly there that a burgeoning path of export-led industrialization is becoming most pronounced. Reflecting our first point though, there is so far little evidence that these manufacturing jobs are significantly raising the incomes of unskilled factory workers.

Third, the economic policies pursued by the most successful industrializers, including Britain, Japan, China, and arguably now by Ethiopia, were backed by strong central governments that were willing and able to sacrifice human freedoms for national glory. These states had the (geo-)political power to manipulate external markets and to suppress domestic labor incomes for decades to secure international competitiveness. Even though their political weight can be expected to grow in the 21st century as a result of the impressive shift in world population towards the region, African governments do not possess similar powers to manipulate external markets as Britain or Japan had when they experienced their industrial revolutions.

And finally, the long-term specialization of African economies in land-extensive and resource-rich primary commodities, has eroded many of the proto-industrial roots of pre-colonial rural African economies. As argued by global economic historians Gareth Austin and Kaoru Sugihara, such proto-industrial roots have played an important role in the labor-intensive industrialization path of East and Southeast Asian economies. While it is difficult to know how quickly these roots can be restored, it puts more weight on the issue of “infant industry” protection than neoliberal policy agendas allow for.

All these factors combined make a quick transition to labor-intensive industrialization in Sub-Sahara Africa quite unlikely. Even if a few countries, such as Ethiopia or Rwanda, are about to achieve it, this will not reduce poverty rates at a Chinese-style record speed. A more realistic route for Africa’s rise out of poverty in the 21st century must include industrialization, but of a different type than observed among the Asian “model geese,” and it will take well beyond 2030 to materialize. That route is predicated on the growth of domestic consumer markets as a result of Africa’s rapid population growth. Urbanization and increasing infrastructural investments will make it more attractive to invest in the local production of consumer goods that are costly to transport. These investments will create jobs and spur the demand for local services. The lesson learned from our exercise in comparative history suggest that we need to rethink development policy advice: to create new and better paid jobs in manufacturing industries, major trading partners such as China, India and the EU will have to be generous by allowing African economies to substitute imports for local produce, and by granting time to have them achieve equal production quality standards. 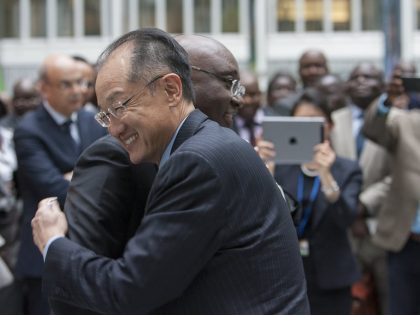 Spotlight on the World Bank

Why every country should have its own credit ratings agencies and other #WeekendSpecials. 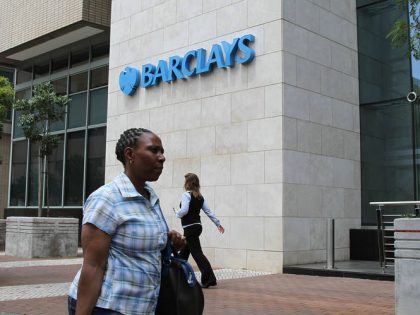 This is number four in our weekly round up of economics news. Written and compiled by Grieve Chelwa.