All that snow that Alejandro G. Inarritu said evaded them in Alberta, Canada during “The Revenant” shoot finally turned up in The T-Dot with full force. I thought I would escape writing about the weather this year but it dominated all the narratives of the NBA All Star Game in Toronto, Canada. Even the Lords Of The Court weren’t immune. Commissioner Adam Silver’s joke about the weather was the best for me, he joked to reporters that the game was played indoors. And indoors on College Street at Free Times Café was where I found myself on arrival. I asked the waiter for their house special telling him I had journeyed from far. The Hot Apple Rum cider was presented to me. As I sipped on it, I asked why he recommended this drink. He smiled and said: “when it’s cold like this, in rum we trust.”

Masai Ujuri has a lot to be proud of as the world arrives in Toronto for All Star weekend. The All Star Game will feature two Raptors players in DeMar DeRozan and Kyle Lowry, and the Raptors are the number two team in the Eastern Conference behind a team led by the King.

Kicking off the festivities was a premiere screening of a documentary on Masai’s work on the African continent called “Giants of Africa.” The premiere was at the TIFF Bell Lightbox, the official home of the Toronto International Film festival. The invite called for smart casual, let’s just say I dressed warmly which to me was the smart thing to do. It was a red carpet affair, with all the guests walking onto the red carpet with the sounds of Baba 70 playing. The Fela Playlist was strong and I nearly burst out dancing when my one of my favorite Fela songs came on. In fact, I wanted everyone to stop for a minute and listen to “Army Arrangement.” I remember once watching Seun Kuti perform the song at a gathering in Lagos a few years ago, and even though Fela wrote the song in the 70s, and Seun was singing it in the present, he didn’t have to change a single sentence. That’s genius.

The documentary, directed by Academy Award nominee Hubert Davis, follows Masai and his team as they try to make an impact in the lives of basketball players in Nigeria, Kenya, Ghana and Rwanda through the Giants Of Africa program and the basketball camps they hold. The film is very moving and powerfully told. Especially because of the players, and their histories, and the wars some of them have overcome to make it to playing in the camps — you can really get a sense of the salvation this hoop dream can bring. Cinematically, it presents a basketball poetry hardly seen from the point of view of Africans. There is a sequence where a character tells the most gruesome story of his upbringing, while the camera tracks beside him dribbling the ball on the darkest of nights — it was cinema at its most visceral.

The first thing that I realized today was that whatever I had brought for warmth wasn’t going to cut it. Never mind wardrobe malfunction, I needed a wardrobe overhaul. Basically my South African jackets were vests compared to what I needed to deal with in The 6. I had to get Mammoth type furs.

It was the Rising Stars Game. To celebrate the first NBA All-Star game taking place outside of the U.S.A., the NBA made Team World the home team instead of Team U.S.A.. Representing Canada were Andrew Wiggins, Trey Lyles and Dwight Powell. For the continent, Denver Nuggets Rookie Emmanuel Mudiay, whose story going from DRC to China to the NBA has to be told on film some day. And even though Jahlil Okafor was playing for Team U.S.A., we still ‘throway salute’ as they say in Pidgin English. Mudiay came out smoking, and despite his best efforts Team U.S.A won by three points.

After the game, walking through the pathways from the Air Canada Centre – built to keep visitors like myself out of the cold, someone said that tomorrow was going to be colder. I asked myself how that was even possible?

The lady told me, “No one gets accustomed to negative 31 wind chill,” as she fetched her jacket from the coat check. “I might be Canadian but I ain’t crazy!” she added. Originally, when I planned this trip I thought it would be a great opportunity to get the see the city from a different point of view. Usually when I’m in Toronto I just use the taxis. This time I thought I’d explore the bus routes, do some walking etc. Then Revenant Part 2 snow happened and I realized a few things about my life: 1) I have nothing to prove to anyone 2) From now on I am limiting the steps I take in actual snow. 3) I now know how fast I can get from the house to the Uber, and how fast I can get from the arena door to the front seat of the taxi. These are the things that start to consume my mental and physical energy, because the cold is real.

Klay Thompson paid attention when his father told him not to come home if he didn’t win the three point shoot out. And then, the event that had been low on everyone’s radar turned out to be a history making one. To be in the arena and watch Aaron Gordan and Zach LaVine go at it in ways that the contest hasn’t seen since the Air Jordan and The Human Highlight Film was the one time, for a brief moment, that Negative 31 was the last thing on my mind. To watch such a history making event live was surreal, and as someone on Twitter said, “They should have had them dunking till Monday!” To think I had even dared to suggest that the dunk contest be moved from the highlight of the evening to the middle section and the 3-point contest turned to the main event. How dare I?

The score was never the thing about today’s All-Star Game. It was all about Kobe.

The fans at the Air Canada Centre gave him a great send off. The custodians of the game, those Lords Of The Court, kept it free flowing. The jump ball between Kobe and Lebron was a nice touch. And, with different players taking turns to guard Kobe, the mood was light, and the audience was appreciative. This is why we watch, this is what we play for and this is why they play.

And while Kobe had the night, Steph Curry reminded everyone that he and the Warriors are still the team to beat, the team to watch and bring on the second half of the season. 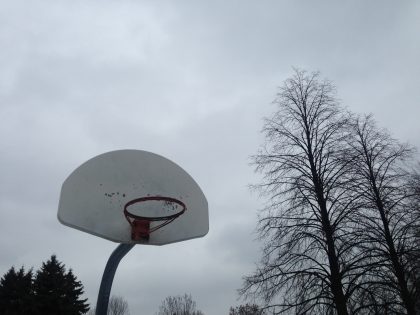 In Rum We Trust

The filmmaker, Akin Omotoso, traveled to the 2016 NBA All Star Weekend in Toronto, Canada. This is his diary. 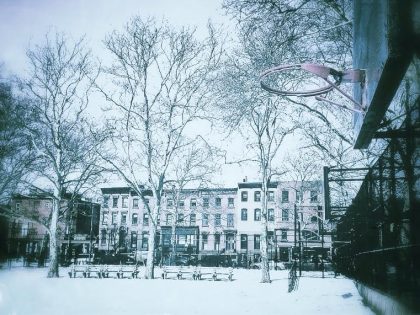 Tonight White People Get In For Free

The actor and filmmaker Akin Omotoso traveled from Johannesburg, South Africa, to witness the 2015 NBA All Star Weekend in Brooklyn, New York. Here’s his diary. 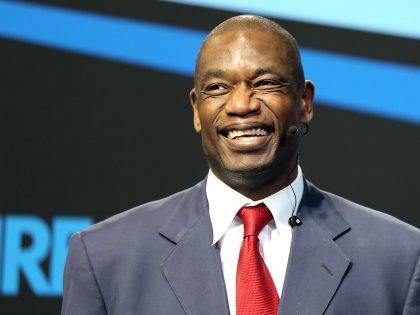 What was Dikembe Mutombo thinking

Mutombo, a former NBA star, seems in way over his head in a diamond scam. But some of the allegations cited in media reports don’t add up. 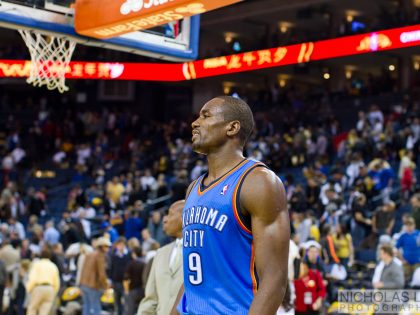 Serge Ibaka Has No Country

We don’t blame people those who can’t figure out their DRC from their ROC or their Kinshasa from their Brazzaville.