In early December last year, the performance artist Jelili Atiku was conferred with a Prince Claus Award in Amsterdam in the The Netherlands. The citation by the jury lauded Atiku for his “… provocative spectacles use striking attire, unsettling body language and unusual props to open up dialogue and influence popular attitudes.” Atiku, they continued, “drops himself right into the heart of Lagos [Nigeria’s commercial capital], into the realities of the streets, of densely populated, poor areas, and entices people to interact and respond to his visual presentations.” His subject matter “… include commentary on Nigerian human rights … politically charged critiques of the ruling class and Boko Haram; site-specific interventions on climate change, e-waste and fuel subsidies.”

This may all have been a bit too much for some Nigerian political and economic elites, because last week (on January 14th) he, along with some performers and audience members, were arrested in Lagos on the order of a local traditional leader.

It seemed a performance of his most recent creation, “Aragamago Will Rid This Land of Terrorism,” four days earlier near his home in Ejigbo rankled the traditional ruler of the town, the Elejigbo of Ejigbo, Oba Morufu Ojoola.  The king felt that the performance was targeted at him, and promptly got Jelili, four of his aides and audience members arrested (they were violently manhandled by police) and thrown in the local Kirikiri Medium Security Prison.

The performers, especially Jelili, were accused of “conspiring with four other persons to commit felony to wit public disturbance.” The King complained that the performance was conceived and staged  “… to disseminate information that could lead to negative public opinion about his control of the community’s resources.”

Atiku’s arrest and brutalization, was greeted with wide disbelief in the arts community and raised anxiety and panic about possibilities of rising repression of freedom of creative expression.

There’s of course a local context to the king’s outsize reaction and abuse of power. As Jelili detailed in a press statement, the Oba and Jelili both belong to different royal families of the town and they have had a long, sustained conflict over the land and material resources of the community. Jelili, a member of the Ifoshi royal family and the eldest grandson of the late regent of the town, has been at the forefront of clamor by his lineage to reclaim perceived “unjust usurpation of the family land” by the traditional ruler. The Oba didn’t spare Jelili’s family. When Jelili’s case trended on social media, a militia group known as Oodua People’s Congress (OPC), reportedly acting on the order of the traditional ruler, went to Jelili’s house and terrorized members of his family.  Rofiat Azeez, his 13-year old niece, and others were brutalized.

A key factor that led to Jelili’s release on bail three days after his arrest (the hearing is set for February 1st), was pressure on social media and campaigns by CORA/Arterial Network Nigeria (the local arm of the pan-African Arterial Network, which launched an online petition with 10,000 signatures) and the Society of  Nigerian Artists.

In the current dispensation, the peoples of Nigeria (including artists), who had endured over three-decades of military regimes, including the maximum dictatorship of the late General Sani Abacha (1993-1998),  ought to be enjoying dividends of democracy. But this has not been the case as a number of instances of repression of artistic freedom proves.

For example, on December 15, Nenghi IIlagha,  a writer based in Port Harcourt in the south of Nigeria, was arrested and subjected to a kangaroo court-style trail, without the right to appeal — and summarily sentenced to the gallows.  Incidentally, Ilagha’s accuser is another powerful traditional ruler, the king of Nembe town, who claimed that a section of the writer’s latest book injured his interests. The Bayelsa State government, where the writer had once served as a Senior Information technocrat, has not intervened. Appeals by the family, friends and executives of the National Association of Nigerian Authors (ANA) to get the king to withdraw the case and free the writer has not yielded any effect.

And just as the agitated artists community were breathing some relief from the frenetic campaign to get reprieve for Jelili Atiku, news broke on Saturday, January 23 that the famous Artists’ Village located in a section of the National Theatre complex in Iganmu, Lagos had been levelled. The general manager of the Theatre, Kabiru Yussuf (who claimed to be acting on the order of Lai Mohammed, the Federal Minister of Information and Culture) ordered and supervised the demolition. With bulldozers and armed policemen, he and his gang invaded the Village at 5am, when he was sure most of the artists would not be there to salvage their properties. The action led to destruction of artistic materials and properties worth several millions of Naira. The Minister of Information and Culture, whom the General Manager claimed directed him, has since denied and denounced the claim; he has visited the Village to commiserate with the artists, promising to pay compensations. The General Manager of the theatre, Kabiru Yussuf, had been persistent in his attempts to sell off the lucrative landmass surrounding the theatre building to businessmen from Dubai, who had visited the country on several occasions in pursuit of purchasing the land with an eye towards “developing” it.  Whatever the truth behind who actually ordered the demolishment, the actions were a clear case of vendetta against the community of artists, who had stood stoutly against the sale of the land. 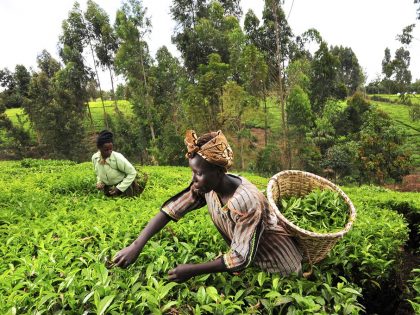 Five things that can’t be ignored about development photography

Here’s two: Cultivate solidarity, not pity. And, showing suffering should be specific. Study up. 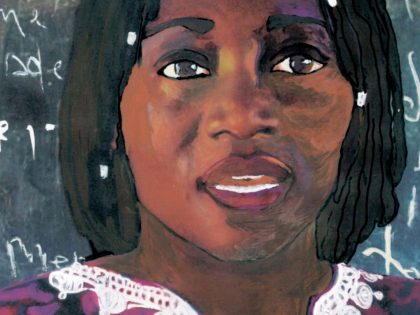 “I want to show people as they see themselves but in a way that others can recognise themselves as well.”