The experience of African immigrants living in South Africa has previously been portrayed through images of violence, deportation and police brutality. Local photographer, Sydelle Willow Smith, attempts to challenge these visual stereotypes in her exhibition Soft Walls (the show runs till April 2nd at The Market Photo Workshop in Johannesburg), by depicting everyday scenes that, seemingly, we should all be able to relate to.

Xenophobic attacks began in May 2008, in an informal settlement in northern Johannesburg, and quickly spread to impoverished communities throughout the country. The homes of foreign nationals were destroyed, their shops were looted and over sixty people were killed, prompting neighboring countries such as Zimbabwe, Mozambique and Malawi to provide emergency transport services for those wanting to escape the threats of violence. Political analysts attributed the attacks to factors including poverty, unemployment, high crime rates, police corruption and poor service delivery.

“I wanted to do a project that offered an alternative lens on migration stories that are often ignored in the mainstream media,” says Smith (we’ve featured her before on Africa is a Country). “I cannot ignore the social life I am surrounded by in South Africa and in Cape Town.”

The visual exploration of how immigrants create “home” in South Africa includes: a family on a shopping excursion (above), two girls watching an afternoon soap opera, an elderly man posing beside the pool he cleans for a privileged family in Camps Bay. True, Smith’s images represent the commonplace experiences of her subjects. But by shooting around the scars we end up with a disjoined figure of the larger narrative that encompasses the migrant experience in South Africa. Nevertheless, the exhibition offers space for a different conversation about the experience of being foreign.

T’seliso Monaheng and I went to the opening and shot this video with Smith: 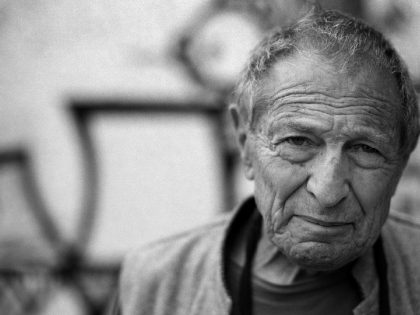