Tunde Kelani is a seasoned Nigerian filmmaker wrapping up his sixteenth film, Dazzling Mirage. On the film’s website Mainframe Movies, his production company founded in 1991, promotes this as a “movie and a movement.” Observers, scholars, and critics usually describe Nollywood as everything but “cinema.” For some critics, it’s all absence except for its productivity: “third largest cinema in the world!” And it’s true, Nollywood doesn’t have the educational, mobilizing, historically, and culturally thick practice that Kelani brings to each and every production (here on his YouTube page you can see clips from his musical Arugba and click to check out other work). That is what always sets him apart. As does his independence from the production schemes that are Nollywood.*

Kelani just visited Indiana University for the workshop “Digital Paradox: Piracy, Ownership, and the Constraints of African Screen Media,” on October 18, 2013, part of the larger New Media and Literary Initiatives in Africa project (full disclosure, I am part of the collective and Sean Jacobs, AIAC heavy, once participated). Maami, an adaptation of Femi Osofisan’s play, screened on Oct. 17 (we reviewed it here, before it ran at the Lincoln Center’s AFF in 2012). Kelani, affectionately known by filmmakers and writers as TK, kindly sat down to speak with me after the event.

Kelani got his start in photography as a teenager, cut his teeth in television (as a cameraman), and studied film at the London International Film School in the 1970s. Deeply imbued in Yoruba oral literature and theater, a passionate cinema goer in his youth (Lawrence of Arabia, The Ten Commandments, Ben Hur, and Westerns), Kelani’s mentors came from theater, literature, and film – Frances Oladele, Wole Soyinke, Kola Ogunmola, Duro Ladipo, Oyin Adejobi, and Ola Balogun. All of this shaped his filmmaking practice.

In the 1970s, Kelani worked as the BBC TV correspondent and in Nigerian TV. “It was like being on a big film set,” so monumental and dramatic were the historical changes and events of the time. For Reuters he traveled to Ethiopia to cover the drought and to Zimbabwe three times to cover independence there.

In the early 1990s filmmakers adopted video technologies in the wake of economic crisis. Traveling theater took a backstage to film at this moment as films could travel in place of large companies. Kelani started Mainframe Movies as a production company so he could produce films and not just lend technical support. Having emerged from the world of theater and literature, adaptations of books and plays for cinema are the core of Kelani’s filmmaking practice and through them he celebrates writers and their work to what he sees as a public that reads less and less.

Dazzling Mirage is a love story adapted from a novel, Kelani tells me. “Nigeria is the epicenter of sickle cell disorder in the world…..Every year 150,000 children are born with the disorder in Nigeria and half of them will die before the age of 5. Perhaps what we can do is draw more attention to the disorder.” The film tells the story of a couple – both of them hospital employees who choose not to have children because they have sickle cell – who adopt a child whose mother died during childbirth. At the age of 2 they learn the girl has sickle cell. The film is about the girl’s struggle to have a normal life with career, love, and family.

The Nigerian government does not treat sickle cell as a priority because it is not a communicable disease: “If that is the case then I knew that we are all ignorant and that we needed more information and awareness about sickle cell disorder.” Hence, the film. “We turned the film itself into some kind of a movement. We have a slogan that says let’s be sickle smart. It means to know your genotype, to go for genetic counseling, to help us all make informed choices.”

Listen to TK talking about the trajectory of adapting the novel by Yinka Egbokhare (with whom he speaks in this clip) for the screen, here.

Unfortunately, 75% of the way through the film, they ran out of funds. Always keen to try out new technologies and innovative social media, TK has turned to crowd sourcing. Here’s the indiegogo site.

Even if Kelani’s work is not Nollywood, he does embrace new technologies, which have also been characteristic of Nollywood. Here are some thoughts on new digital technologies and filmmaking on the continent, from this seasoned veteran who is still on the cutting edge:

“We don’t have excuses anymore in Africa. By the new digital technologies we have the tools to tell our own stories. The difference was the chemical process of celluloid films was a medium of exclusion. There was no way we could control the means of production. But the reverse is the case in this era where with a modest investment we could actually own the means of production and use that to let us be heard. So what is done is giving us a voice. So that’s the purpose of everyone talking about the negative effect of Nollywood. There was a time when only a few people could read and write in the world and you wanted something written you had to go to someone who could write. But today everyone can buy a pen, a biro…. So Nollywood is like finding out you have a voice, today everyone has a voice, so there’s a lot of shouting! But it’s better than being silent. It’s a powerful force that cannot be negotiated. So suddenly we have assets, we have a voice and we are supposed to use it to come from local into global….Africans are blessed that this is a knowledge era but more importantly this is an era of the fusion of all media and we are going to play.” 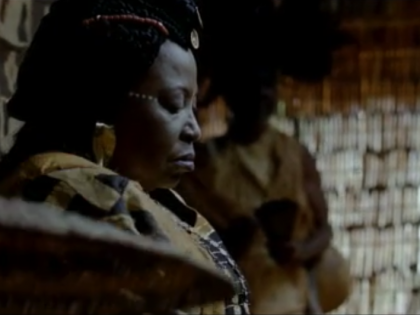 'I wanna be a Nigerian so freaking bad'

UPDATE: This video, “I wanna be a Nigerian so freaking bad,” by a group of American high schoolers focusing on Nigeria in an AP Comparative Politics class, is a minor Youtube hit. The song is …