As South Africa’s 2014 general elections approach and the ruling ANC continues to weaken under Jacob Zuma’s leadership, a host of new political parties and formations are beginning to enter the political scene: from Mamphela Ramphele’s Agang to the workerist WASP. The latest movement to emerge is the Economic Freedom Fighters (EFF) led by former ANC Youth League president Julius Malema and many of his former allies such as Floyd Shivambu, the actor Fana Mokoena (who co-starred in the most recent Brad Pitt blockbuster) as well as even the notorious businessman and media phenomenon Kenny Kunene.

The EFF is running on the same radical redistributive program that earned Malema’s ANCYL international infamy, promising to expropriate land without compensation and to nationalize key industries. The EFF is aiming to capture the left space that the ANC has opened up with its continuing commitment to orthodox neoliberalism and series of disastrous scandals from Marikana to Nkandla. There are many youth votes up for grabs for the first time, from the generation facing 70% unemployment and with little of the lingering loyalty to the ANC, of their parents.

The other parties’ attempts to capture this key voting bloc are nothing short of laughable. The Democratic Alliance’s campaign is based upon the ridiculous Youth Wage Subsidy which nobody buys outside of the Mail & Guardian’s blog platform, Thoughtleader. The DA is now attempting to claim struggle credentials, something that would be less ridiculous if they hadn’t airbrushed every dubious figure (exhibit: Tony Leon) from their history and if their ancestors hadn’t opposed universal franchise, under the guise of anti-majoritarianism, to appeal to a reactionary white voter base.

Agang has yet to move beyond increasingly vague platitudes in terms of what they actually stand for, and anyone familiar with Ramphele’s political history — from outsourcing workers with Helen Zille at the University of Cape Town to the World Bank to Goldfields — is unconvinced she offers anything different from the DA’s contempt for the working class. She dramatically overestimates her own fame and many of the 18-25 demographic have never even heard of her and are unfamiliar with her political history with the Black Consciousness Movement.

The EFF at the same time is not a socialist party, it’s platform is still based on the Freedom Charter. It falls into the category of populism, meaning it is attempting to attract a multi-class base. The recent news of an alliance with the small radical Black Consciousness movement the September National Imbizo (SNI) is evidence of that (the SNI’s Andile Mngxitama has since joined the EFF). The SNI alliance can be seen as an attempt to reach out to alienated elements of the black middle class particularly those with cultural capital in the art world and university students.

The media has always been confused about uJuju–half Hugo Chavez, half pre-Yeezus Kanye–and treat him as both a buffoon and the biggest threat to South African democracy, but they can’t get enough of the guy. It was gross hypocrisy for them to smugly smirk about the Juju being sent off to prison, after having sold millions of papers on the back of his rhetorical genius. uJuju on the other hand, figured the media out from the beginning and used them to promote his own star. He knew that he could be a guaranteed front page story provided he said something ridiculous in every press conference and used this to get his political message into the media and almost single-handedly (Floyd helped as well) shifted the national debate to the left in South Africa. Furthermore he knew that the more racist the depictions and panic about him in the media, the more it would endear him to black working class and lumpen youth, who know perfectly well how the ‘white media’ views them — as a potential existential threat and a completely surplus population.

Juju’s rhetorical genius in and of itself deserves extended analysis, which I might commit to in the future. Malema despite his ‘G’-grade in Woodwork is no fool; in fact I suspect his matric results were a result of his position in the Congress of South African Students during his years of president. Politics, rather than school, was his priority and failing matric allowed him to solidify his power base before moving on to the ANCYL.

The EFF has a real opportunity to make inroads into the ANC’s existing supporter base as well as capturing many of the non-voter electorate. It could potentially be a game changer in South African politics, however their largest challenge will be funding their campaign, as they have severed ties with the funders of the ANC and are not exactly running on a platform attractive to capital. The principles of their leadership remain questionable and Juju, Kenny and co will have to prove they are more than mere opportunists if they are truly going to threaten the ANC’s hegemony.

A further question is whether they are an all-boys club of misogynists. So far almost all of the leadership figures are male and Floyd, Juju and Kenny are not exactly known for being of a feminist disposition. From Kenny’s harem of 15 women (apparently he is giving it up for the struggle), to Malema’s infamous comments about Zuma’s rape trial and Floyd’s infamous “sleeping around is sleeping around” interview about Helen Zille’s alleged “cabinet of concubines.” How will they endear themselves to female voters and do they even have a position on the war on women which is ongoing in South Africa and the unique economic and social challenges which affect women in this divided nation, from social grants to HIV to customary law? This remains to be seen.

Whatever happens of the EFF, I for one hope they get a few seats in Parliament, for the sake both of the appalling quality of SABC and the potential ratings, which will be seen in Parliamentary TV. There will be no more sleeping parliamentarians! And jokes aside they might just shift our national debate beyond endless repetitions of blaming corruption and incompetence for our current social malaise, with the only potential resolution this crisis being in the form of ‘improving education’, attracting more foreign investors and vague calls for leadership. 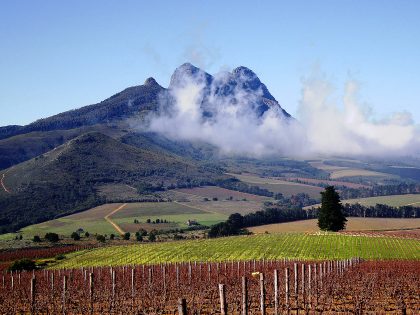 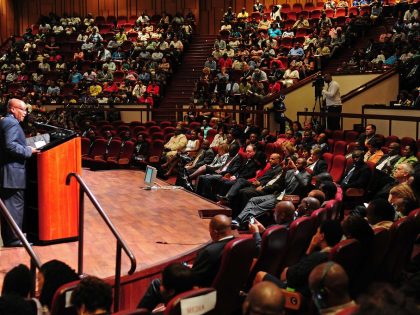 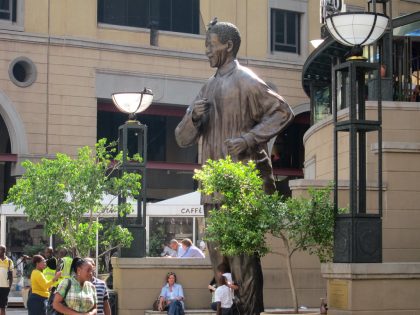 The third season of “90 Plein Street,” a scripted series about the travails of a ruling party MP, starts on South African public television tonight. The season’s big topic:  nationalization of mines.  That’s the trailer … 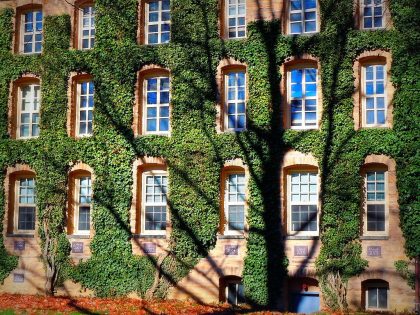 James Scott: “the majority of article publishing [in academia] is … put together to help people get tenure, and that holds even for peer-reviewed articles.”